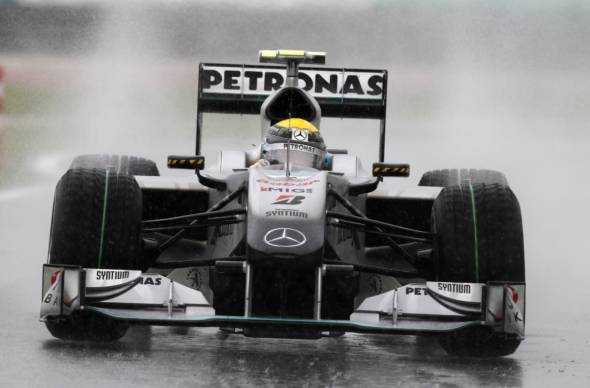 Nico Rosberg achieved the first podium finish for the MERCEDES GP PETRONAS team at the Sepang International Circuit in Malaysia today, capping a strong weekend at the home Grand Prix of the team’s title partner, PETRONAS. 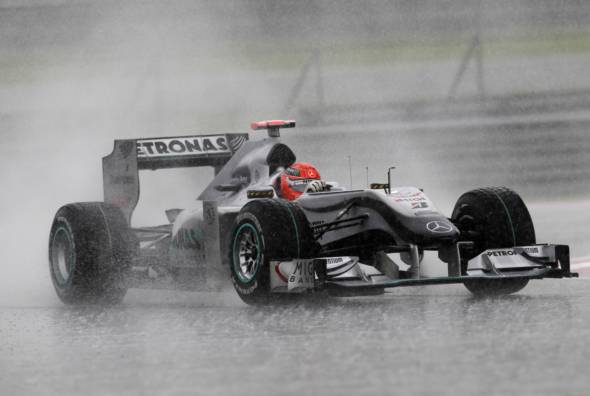 Starting from second place on the grid, Nico lost a place at the start and was running in third position at the end of the first lap. He made his sole pit stop on lap 22 where superb work from the team enabled Nico to gain over a second on the chasing Robert Kubica. From there, Nico drove a composed race to the chequered flag to secure third position and his third podium finish, 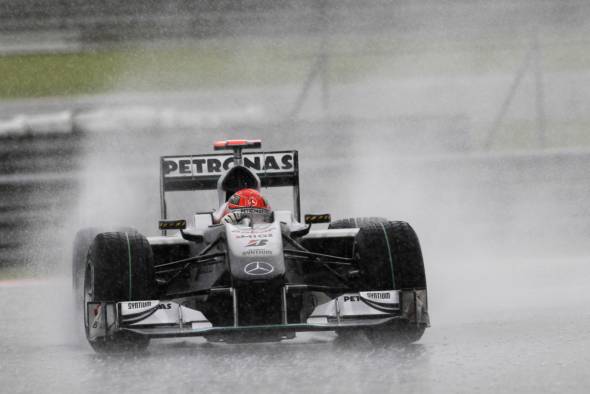 Michael Schumacher was out of the race when a wheel nut came off one of the rear wheels and forced Michael to retire on lap ten. 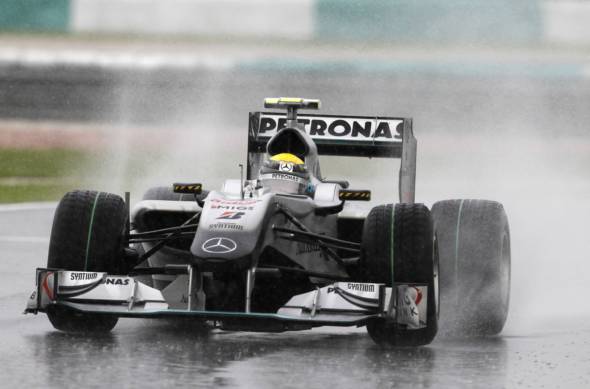 “It’s a fantastic result today to achieve our team’s first podium at the home race for our title partner, PETRONAS. I want to thank the whole team for all of their hard work this weekend and over the winter. This result is the start of the reward for our efforts. It’s a great feeling to be back up on the podium again and to have so much support from the Malaysian fans here. My start didn’t go that well today as I had a bit too much wheelspin and once I was in third place, I knew it would be difficult to follow the leading cars. 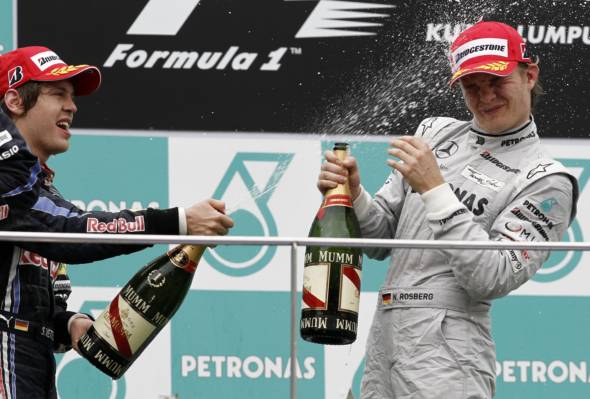 I struggled a little with the options in the first stint which allowed Robert to stay quite close but once we switched to the primes, I felt really comfortable and we could manage the race home to third place. 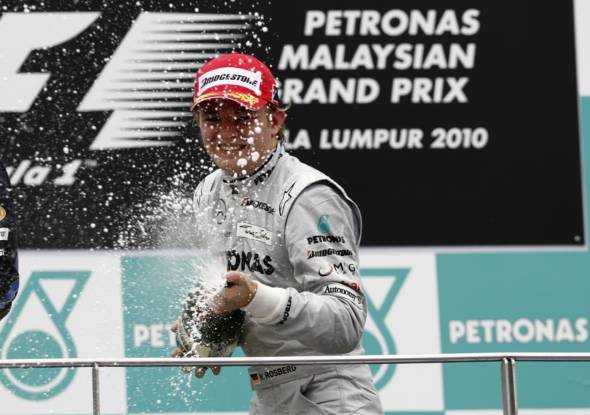 This is a great end to a strong weekend for us. We’re not quite where we want to be yet so we need to push on but I’m confident that we’ll get there soon.” 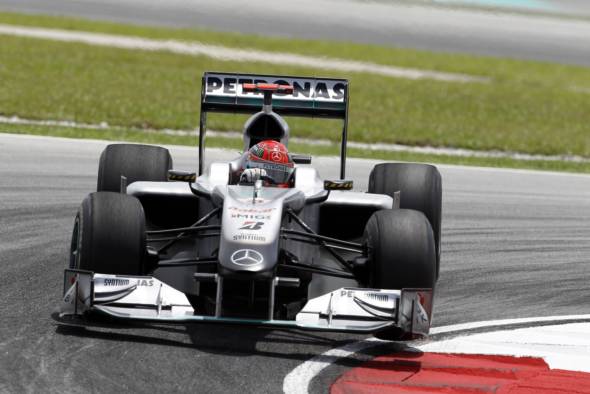 “It was a shame that I could not finish the race but unfortunately the wheel nut on the left rear wheel was lost. The car suddenly became very unstable in turn six and I could hardly steer and had no drive left. I initially thought it was something to do with the suspension but after I stopped and had a look, it was evident that was a wheel nut missing. 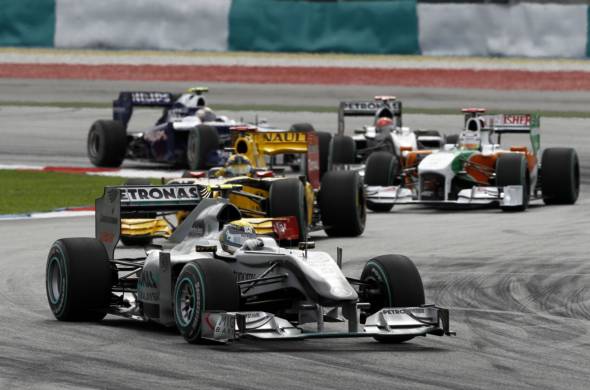 It is something very unusual to happen and in testing we never had problems so we have to look it. I would have obviously wanted to finish the race and I think it could have worked out quite reasonably well. But in the end that is motor racing, I remember that very well. It makes no sense to get angry about it, you have to accept it as part of the game and look ahead. At least Nico scored our first podium finish and I am happy for him and the team. 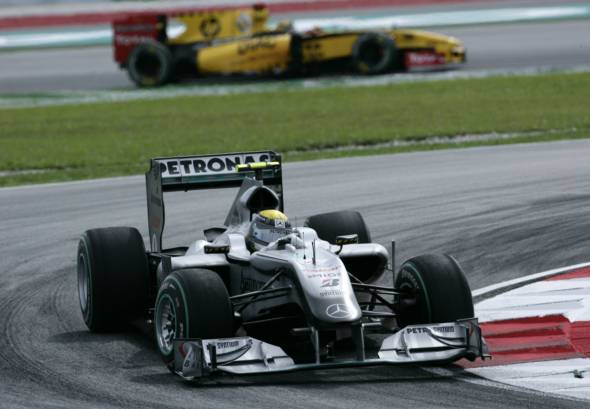 My compliments to Nico for an assured performance today and over the weekend. Michael was in a good position after the start and we were looking forward to having a good race on his side but unfortunately it wasn’t to be. The car lost a wheel nut which is a problem that we haven’t experienced before. The wheel nuts are double-checked on the grid so we will investigate and put in place the necessary solutions.” 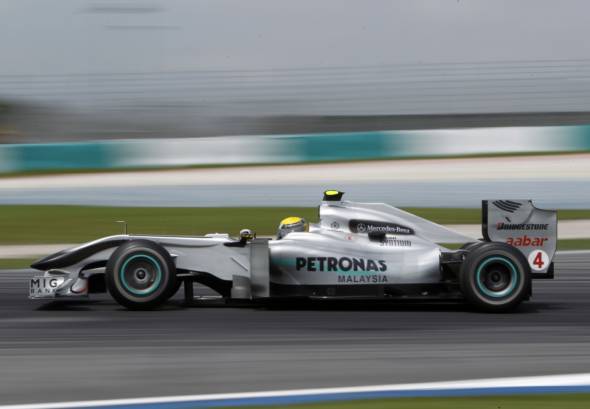 “A great drive from Nico and our first podium after starting from the first row in our third race. The team had a first-class strategy and Nico did not put one foot wrong and secured this first and for us historic podium finish, at the home race of our title partner PETRONAS. 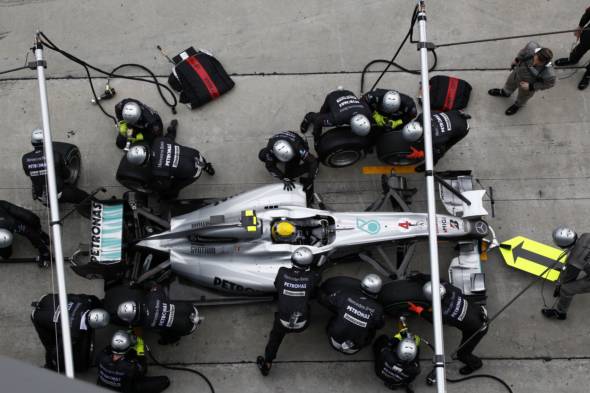 Our gap to the two Red Bull-Renaults in front of Nico was still considerable and we all know there is more work to be done in order to catch up. However it looks like we are heading in the right direction and the point standings after three races don’t look too bad. Sorry for Michael who had a great start and was positioned sixth when a wheel nut came loose which stopped his race. 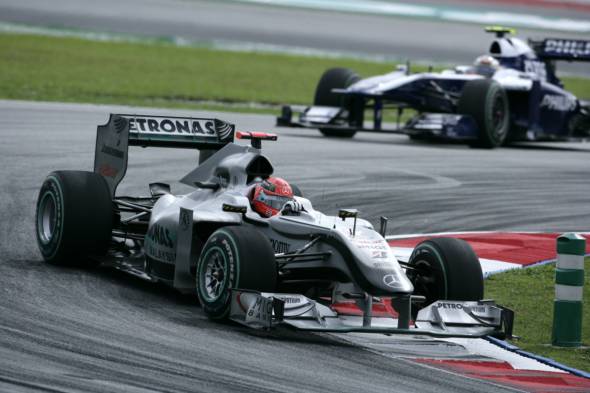 We will work hard and concentrated to make sure that our car will be fully reliable in the future and get quicker step by step. After Melbourne, Nico and the team performed again the quickest pit stop which is very rewarding for our guys and sometimes very important to get the right amount of World Championship points. Last but certainly not least congratulations to Sebastian Vettel and Red Bull Racing for their first and well deserved victory in 2010. Seb was the class of the field today.” 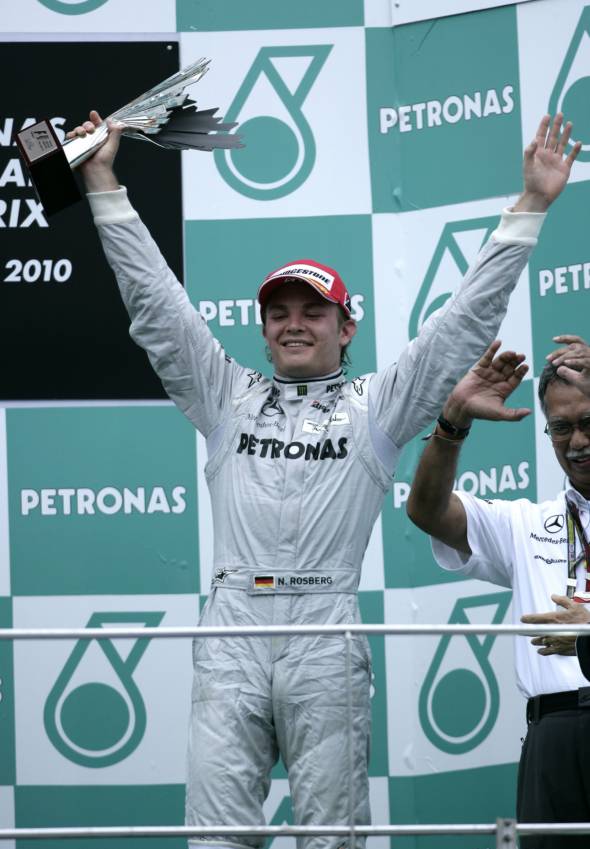 An ad for Mercedes ceramic brakes