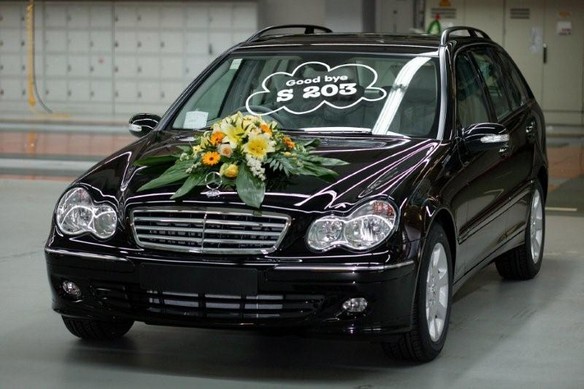 In the coming months the Bremen plant will be focusing on preparing for the production launch of the successor series’ model. The series 204 station wagon will celebrate its world premiere this fall. The new C-Class station wagon’s high level of utility makes it a real standout. Like the new sedan, it will also set benchmarks in terms of safety, comfort and agility.

Ever since its market launch at the end of March 2007, the C-Class sedan, which is being produced in the Sindelfingen, Bremen and East London (South Africa) plants, has met with an enthusiastic response from customers all over the world.