In September 1973, the whole 114/115 series underwent extensive model revision; countless details, which had been introduced into the SL and SLC Types respectively, and also in the S-Class now were incorporated into the models of the less prestigious product line, improving the general safety concept. 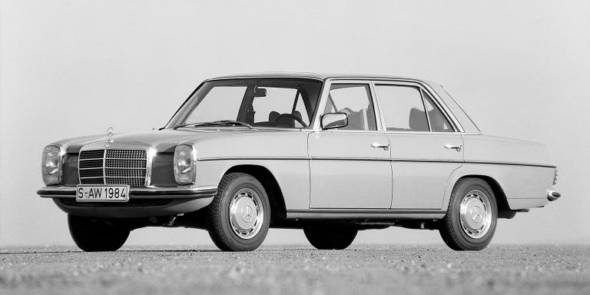 To name but a few: exterior rear mirrors, which could be adjusted from inside the car, dirt repelling decorative trims at the A-pillars, which kept the side windows clean even in poor weather, profiled, soil-repellent taillights as well as a roof rail at the rear window. 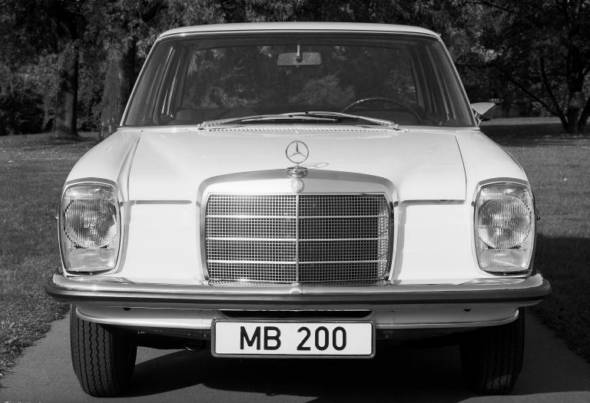 The four-spoke security steering wheel, which was a familiar feature of product lines 107 and 116, had been integrated into serial production of the “dash-eight” types half a year prior to model revision. 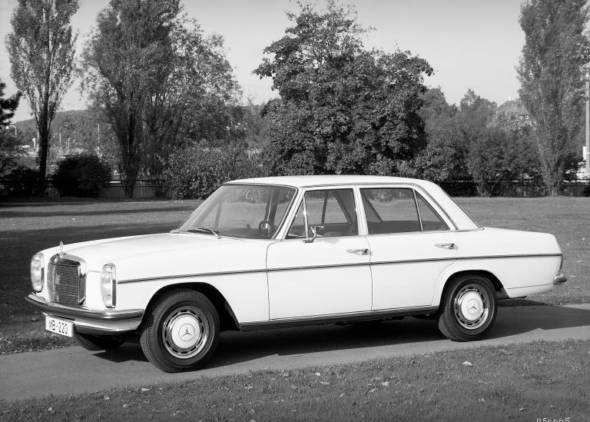 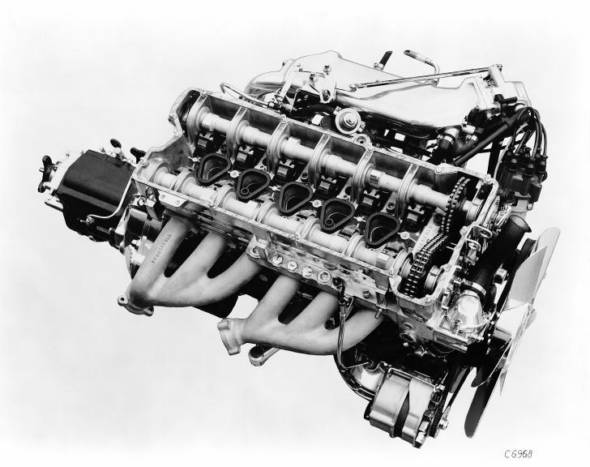 The improved models were also up-dated externally and adapted to the appearance of the S-Class. 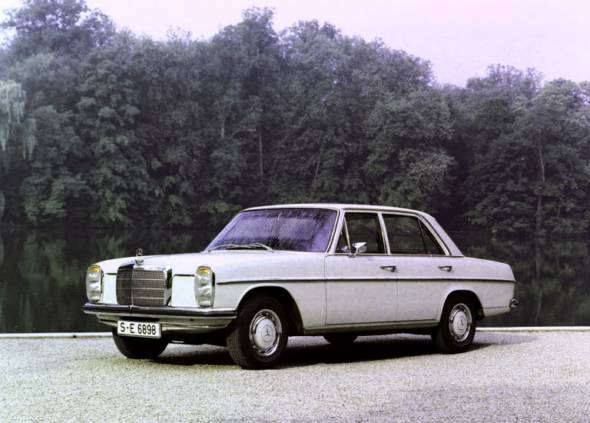 The radiator grill became lower and wider, the swivel windows disappeared, the front number plate was placed on, instead of under, the bumper and the boot handle was altered. 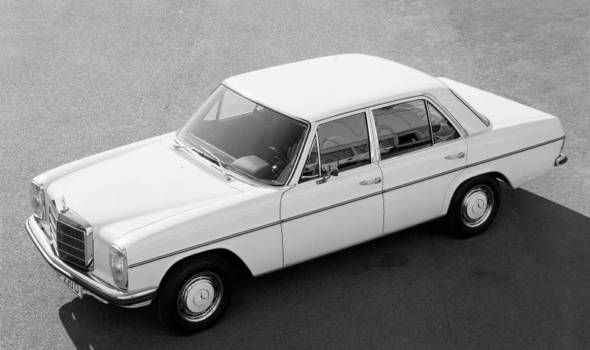 As part of the facelift carried out in August 1973 two new 4-cylinder engines were introduced; the 240 D was now the top Diesel model and the 230.4 replaced the 220. 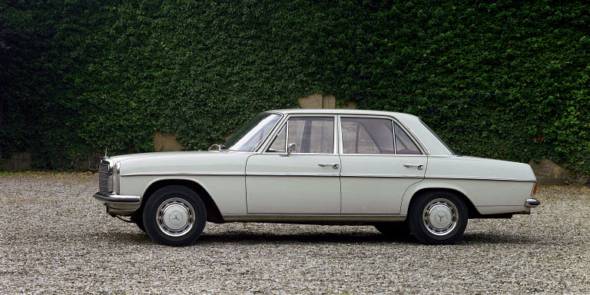 The suffix “4” in the designation of the new 230 was necessary to avoid confusion with the original 230 model with a 6-cylinder engine, which was still available as the 230.6. 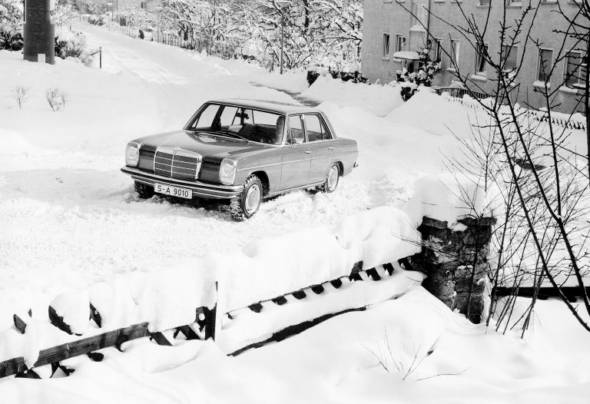 In July 1974 there was a further addition to the range: the 240 D 3.0, which was the first 5-cylinder Diesel-engined car in the world.

Its 3-liter engine provided 80 hp – a remarkable performance for a Diesel car in those days. In January 1976 the 123 series was presented as the successor to the 114/115 series; production had already begun. 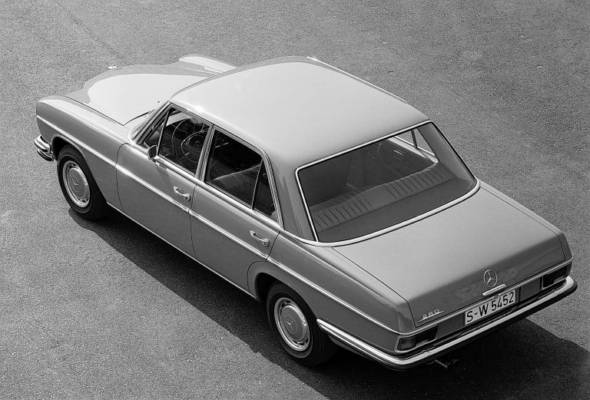 Production of the “dash-eight” models was not ceased immediately, but continued until December 1976, so both series were in production simultaneously for about a year. 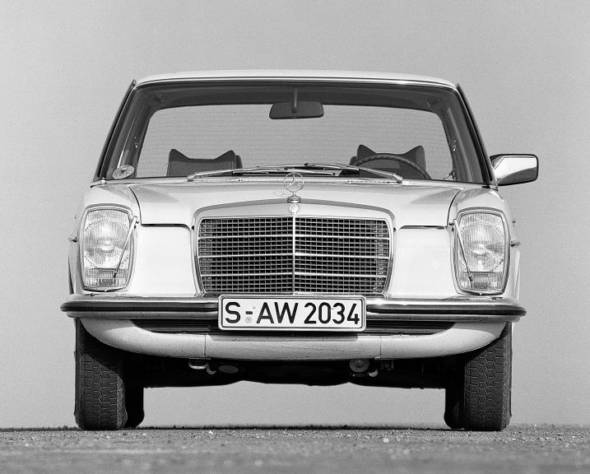 In nine years a total of more than 1.9 million of all versions of the W 114/115 series were produced. 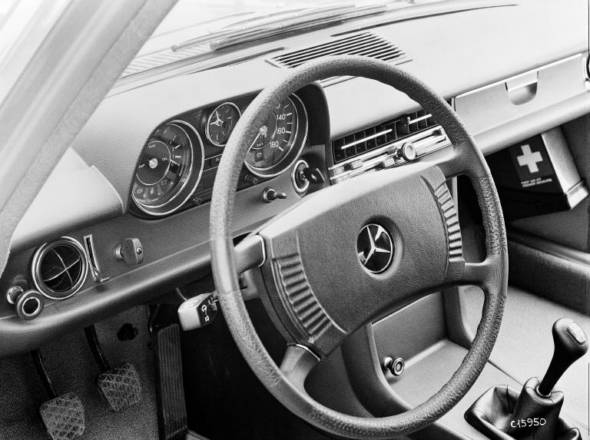 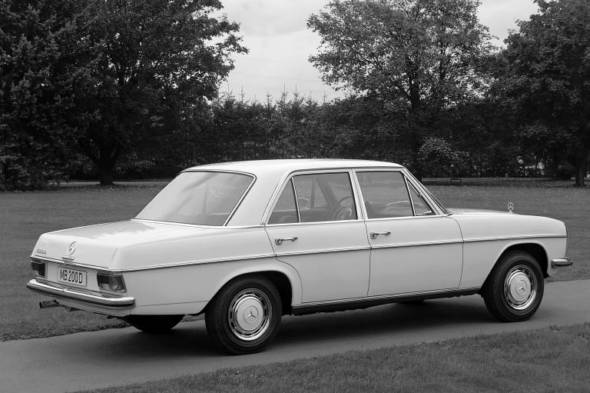 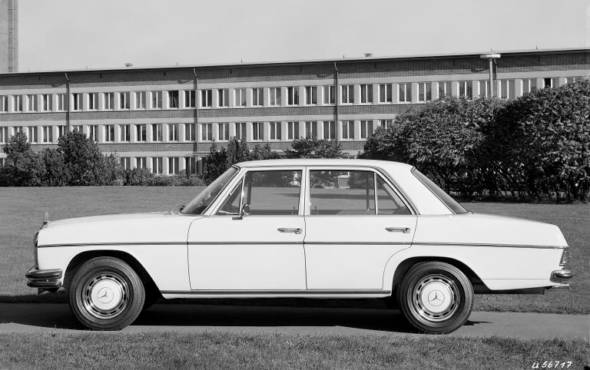