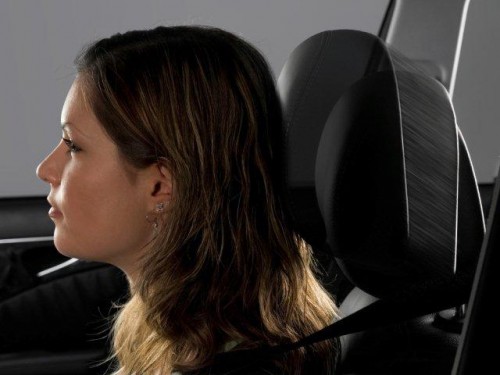 With the new NECK-PRO head restraints, Mercedes-Benz is making a further important contribution to occupant safety.

The crash-responsive head restraints are part of standard specification in the C-Class, CLK-Class, CLS-Class and E-Class.The NECK-PRO head restraints are linked to an electronic control unit: if the sensor system detects a rear-end collision of a predefined degree of severity, it releases pre-tensioned springs inside the head restraints, causing the latter to move forwards by 40 millimetres and upwards by 30 millimetres in a split-second; this has the effect of providing support for the heads of front seat occupants at an early stage. In this way, Mercedes-Benz has improved the level of protection for the occupants in a rear-end collision and reduced the risk of whiplash injuries.Following the deployment of NECK-PRO, the head restraints can be released using a special tool provided with the car, and can then be pushed back manually to their original positions. 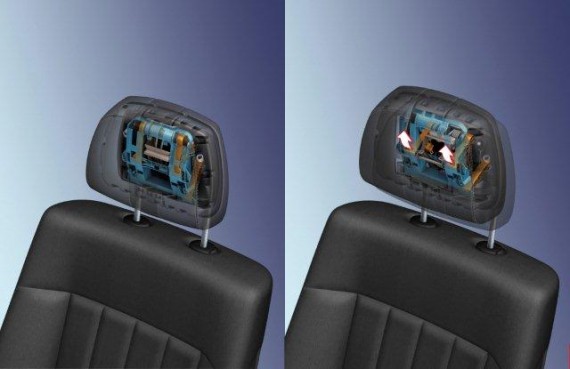 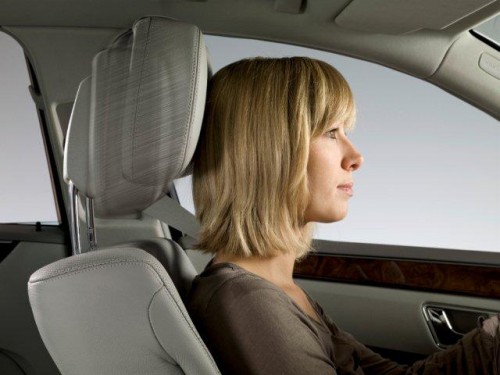 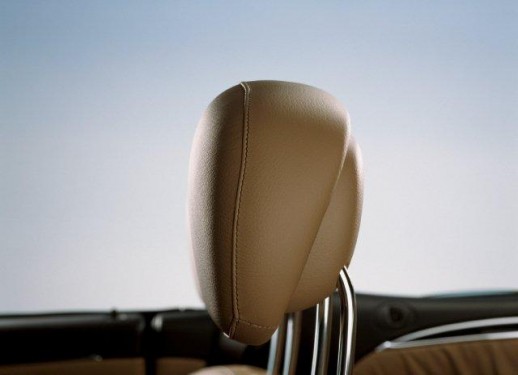 Action areas for safety systems are derived principally from the intensive accident research carried out since 1969. The development of NECK-PRO head restraints for passenger cars, for example, is likewise based on analyses of real-life accidents. NECK-PRO reduces the risk of whiplash injuries in the event of a rear impact. These injuries, caused by the sudden jolting movement of the head and the resulting strain on the cervical vertebrae, are one of the most common types of accident injury in Europe. 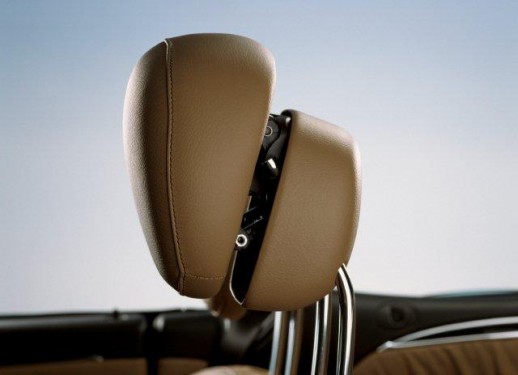 NECK-PRO is a sensor-controlled, crash-responsive head restraint which is activated when a rear impact is detected. If the sensors detect a collision of a certain, pre-defined severity, they activate preloaded springs inside the head restraint. These springs then help to push the padded areas of the head restraints forwards and upwards to support the heads of the front passengers at an early stage and help to prevent overbending of the cervical vertebrae.
NECK-PRO is the name Mercedes-Benz has given to a crash-responsive head restraint whose development, like that of PRE-SAFE® and other Mercedes innovations, is based on analyses of real accidents. NECK-PRO is an effective means of reducing the risk of whiplash injuries during a rear-end collision. If the sensor system detects a rear-end collision with a defined impact severity, it releases pre-tensioned springs inside the head restraints, causing the head restraints to move forward by about 40 millimetres and upwards by 30 millimetres within a matter of milliseconds.
Tags
head restraints neck pro neckpro