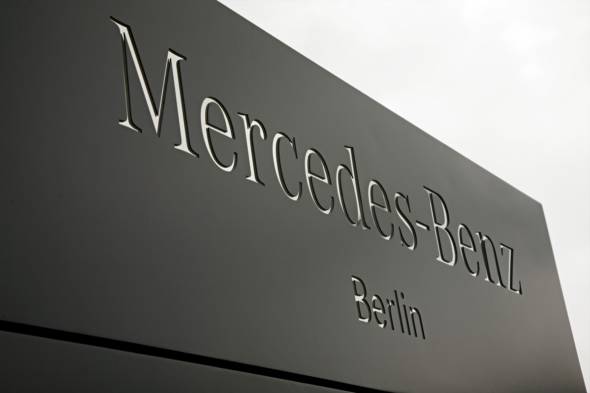 Berlin – The Mercedes-Benz plant in Berlin is to produce a new generation of transmission-integrated electric engines for Mercedes-Benz hybrid vehicles from 2012 onwards. As a result of this decision, the site will add a key technology of the future to its production portfolio. The intensive collaboration between the plant and the research and development departments will create excellent conditions for the further development and production of the latest technologies.

Volker Stauch, Head of Powertrain Production at Mercedes-Benz Cars, says: “The electrification of the drive system will play an important part in mobility in the future. The Berlin plant already has a wealth of expertise in the manufacture of electrically controlled components. Through this decision, this site will play an even more important part in shaping the future drive systems portfolio of Mercedes-Benz.”

Thomas Uhr, head of the Mercedes-Benz plant in Berlin, adds: “The whole team in Berlin has worked long and hard on building up the site’s potential in the field of electric mobility. It is thanks to our employees that our overall package has proved convincing. Our goal is to continue to gain points with our services in future and to help shape the age of electric mobility.”

With this decision, Mercedes-Benz Cars is continuing its strategy of building up technology for the electrification of drive systems as a core competence, also in production. The decision to award the contract for the development and production of the new transmission-integrated electric engine to Berlin was made as part of the overall strategy of actively shaping sustainable mobility. As part of this strategy, Daimler has also taken on a leading role in the development and production of battery cells and the future manufacture of lithium ion battery systems in two joint ventures with Evonik Industries AG.

Investment in future technologies
A hall with a surface area of 4,000 m² is currently being converted for the new scope of production at the Berlin plant. The company is to invest around EUR 40 million in total in the development and production of the new engine. The necessary machinery and equipment is to be set up in the new production buildings by early 2011. A total of 50 employees will be involved in the development and production of these electric engines at the site. The engines are expected to be used in Mercedes-Benz hybrid vehicles from 2012 onwards.

Tradition of electric engine production in Berlin
With a history going back over 100 years, the Berlin plant is firmly rooted in the German capital. The history of the electric engine has its origins here. Even at the end of the 19th century, the electric engine was already being regarded as an alternative to the combustion engine. Motorfahrzeug und Motorenfabrik Berlin-Marienfelde [Berlin-Marienfelde motor vehicle and engine factory], the precursor to the current Mercedes-Benz plant in Berlin, presented its first electric vehicle as early as 1898. The partner for the project was the Columbia Electric Company in Connecticut, USA, which continued to produce electric cars until 1918. The licensing agreement with the Berlin plant, which originated from the company Altmann & Cie. GmbH, was signed in 1897. In 1899, Motorfahrzeug- und Motorenfabrik Berlin-Marienfelde offered four different passenger cars based on the US patent.

However, Columbia Electric’s electromobile system was unable to keep up with the rapid development of the combustion engine, and production in Berlin-Marienfelde stopped in 1902. In the same year, Daimler-Motoren-Gesellschaft merged with Motorfahrzeug- und Motorenfabrik Berlin-Marienfelde, following a resolution passed on 16 August.

The Berlin plant currently produces V6 and V8 diesel engines and V12 biturbo engines for the Mercedes-Benz and Maybach brands. It also focuses on product development and production in the area of components and parts.

The touring sports cars of the SL-Class