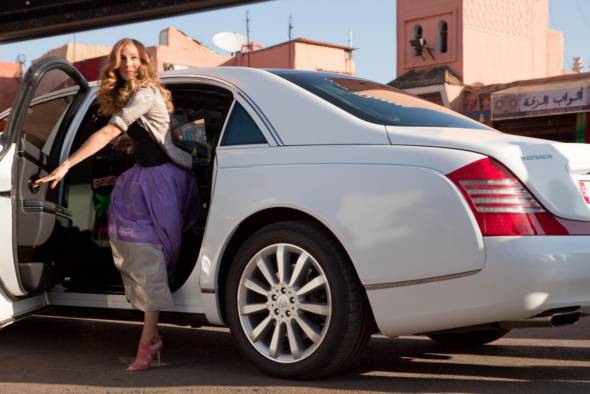 Stuttgart – The “Sex and the City” style icons Carrie, Samantha, Charlotte and Miranda are back. Beginning on 27 May 2010, the much-anticipated sequel
“Sex and the City 2” hits cinemas. And without giving too much away, we can reveal that the four friends have stayed true to their exclusive lifestyle. In addition to the S400 HYBRID, Mr. Big now also drives through the streets of
New York in the new star from Mercedes-Benz: the E-Class Cabriolet. Meanwhile, Samantha drives in the legendary offroader from Mercedes-Benz, the G-Class.  And for the first time, the four girlfriends head off together for an exotic trip where they are chauffeured in the comfort of luxurious Maybach saloons.

As the exclusive automobile promotional partner of “Sex and the City 2”, Mercedes-Benz is preparing to accompany the film’s launch in cinemas with its own microsite and an exceptional competition on Facebook. Offered as the top prize is a trip for four to New York City, including a visit to Mercedes-Benz Fashion Week New York.

“Style, excitement and elegance – these are the very values which the brands Mercedes-Benz and Maybach represent, as does ’Sex and the City’, hence it is logical for us to have a presence with our vehicles in the sequel to this film phenomenon”, according to Anders Sundt Jensen, Vice President Brand Communications Mercedes-Benz Cars. 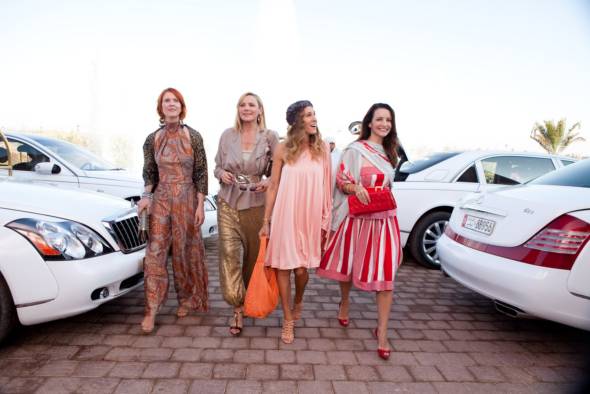 Immediately, all “Sex and the City 2” fans can immerse themselves in the world of the four friends from New York at www.mercedes-benz.com/sexandthecity – together with the new Mercedes-Benz E-Class Cabriolet, which has been available in Germany since the end of March. The microsite invites fans to take a virtual journey through New York’s nightlife. Each of the menu items features a specific street which also plays a part in the film. Navigation is via signposts. 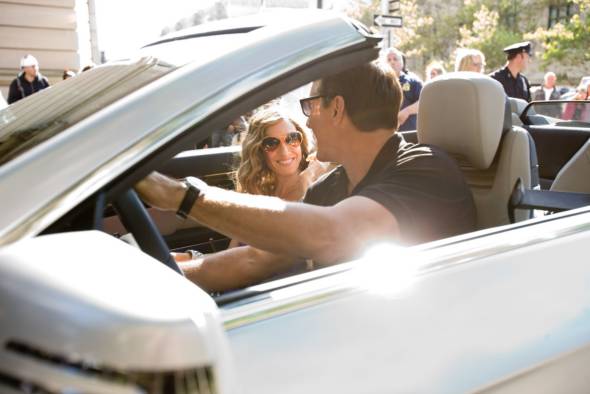 Facebook competition marks the countdown to the launch in cinemas

The microsite provides a foretaste of the main prize on offer as part of the Facebook competition, which marks the countdown to the launch in cinemas starting since begin of May. “Sex and the City” fans can take part in the game at www.facebook.com/sexandthecity2roadcouture and enjoy the opportunity to win a prize each day. 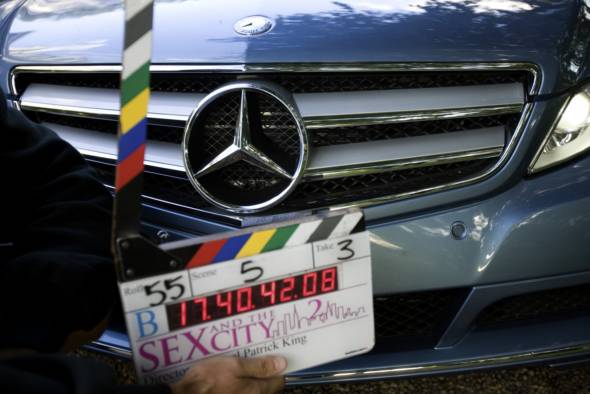 On entering the site, fans will be greeted by a Mercedes-Benz E‑Class Cabriolet, filled with 27 gift boxes. Each box contains an exceptional prize, such as a Swarovski wrist watch, a HP entertainment notebook, or the sunglasses which Carrie is wearing on the “Sex and the City 2” film poster,
for example.

Only a specific gift box can be opened each day. Anyone who works out the clue and opens the correct box will be entered in the day’s prize draw. All participants will be included in the draw for the main prize. The last gift box will be opened to coincide with the film launch in cinemas on 27 May; up for grabs as the main 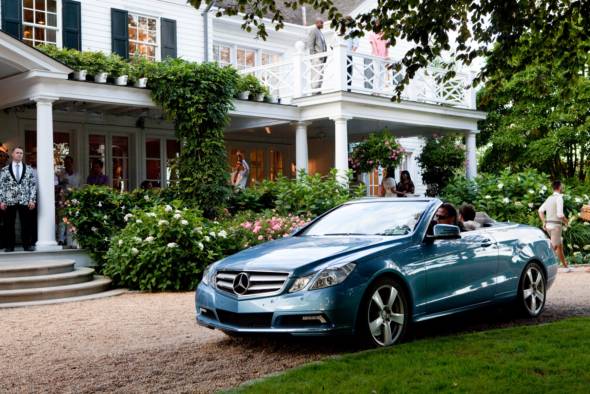 prize is a trip to New York City. The winner will fly out in September 2010, together with three friends, to Mercedes-Benz Fashion Week New York, where
as VIP’s they will be able to follow in the footsteps of Carrie, Samantha, Charlotte and Miranda and experience the latest fashion trends firsthand. All winners will be chosen each day at random and notified via email.

The microsite and the Facebook competition will be accompanied internationally by a variety of cross-media communication measures. In addition, Mercedes-Benz in the USA has also tagged its very own “Sex and the City 2”-related advertisement.

In addition to its appearance in the movie and further highlighting the universal appeal of the 2010 E-Class Cabriolet, Mercedes-Benz USA will debut a humorous print advertisement based on the four girls personalities.

Supporting the exclusive print ad, a customized TV spot which features the use
of AIRCAP will use the closing tagline of “The New Mercedes-Benz E-Class Cabriolet. See its debut in “Sex and the City 2,” opening in theatres May 27.”  Targeted toward entertainment shows, the advertisement will air prominently during the last two weeks in May. 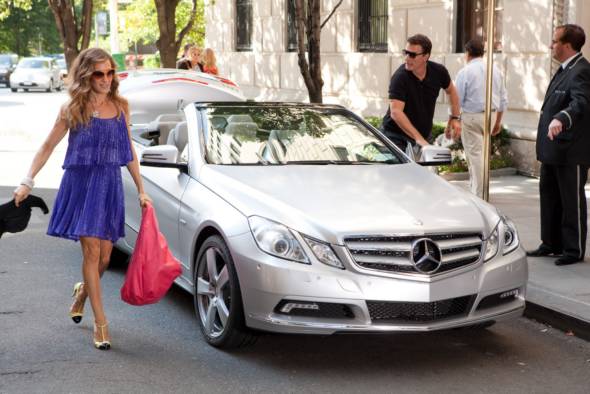 About the new film “Sex and the City 2”

Carrie, Samantha, Charlotte and Miranda take another bite out of The Big Apple in “Sex and the City 2,” the sequel to the 2008 summer blockbuster. New Line Cinema Presents, In Association with Home Box Office, In Association with Village Roadshow Pictures, A Darren Star Production, A Film by Michael Patrick King, Sarah Jessica Parker, “Sex And The City 2,” starring Kim Cattrall, Kristin Davis and Cynthia Nixon, with John Corbett and Chris Noth. 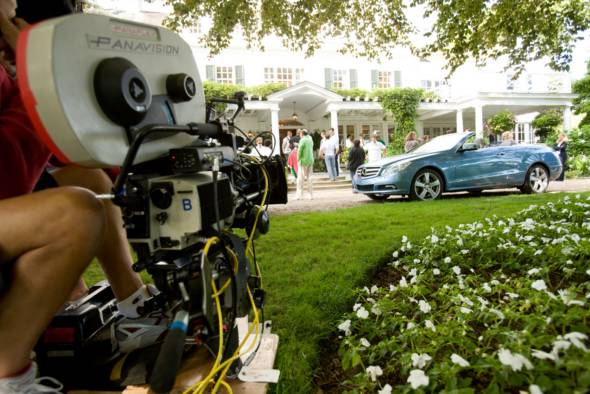 Written and directed by Michael Patrick King, based on the TV Series Created by Darren Star, based on Characters from the book by Candace Bushnell. The film is produced by Michael Patrick King, Sarah Jessica Parker, Darren Star and John Melfi. Toby Emmerich, Richard Brener and Marcus Viscidi serve as executive producers. The film will be released worldwide beginning Thursday, May 27th, and has been rated R for some strong sexual content and language.  www.sexandthecitymovie.com

Tags
satc2 sex and the city