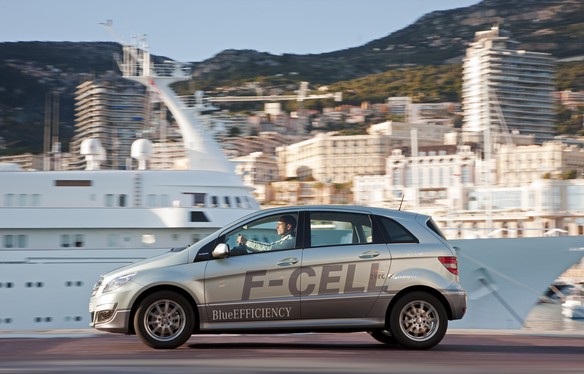 Fully suitable for everyday use and no local emissions: smart and Mercedes-Benz bring electric cars to the roads

As the first European car manufacturers smart and Mercedes-Benz are entering the age of electric mobility with vehicles that are fully suitable for everyday use. The new smart fortwo electric drive has taken on a pioneering role among battery-powered electric vehicles. With a range of up to 135 kilometres the two-seater car is the ideal solution for zero-emission motoring in towns and cities. The Mercedes-Benz B-Class F-CELL is the perfect complement. As an electric vehicle with a fuel cell it combines driving without any local emissions with the advantage of a large range of up to 400 kilometres which makes it suitable for longer trips as well. Both vehicles are now being handed over to customers.

Dr. Dieter Zetsche, Daimler CEO and Head of Mercedes-Benz cars says “As a global supplier of premium cars we want to meet the mobility requirements of our customers all over the world. This is why we are broadly positioned and have developed a modular drive mix to suit different requirements. The smart fortwo electric drive and the Mercedes-Benz B-Class F-CELL are already demonstrating the contribution that electric cars can make to sustainable mobility.

Experts are unanimous in their belief that the “coexistence” of different drive technologies will shape the face of road traffic for years to come. This is why Daimler’s approach is to develop vehicle concepts with modular drive technologies which ensure that the focus is always on both customer benefit and environmental compatibility. In addition to the optimisation of vehicles with state-of-the-art combustion engines and further efficiency increases with hybridisation tailored to customer needs, the third central focus of development is on fuel cell and battery-powered vehicles that do not produce any local emissions. Dr. Thomas Weber, Daimler AG board member responsible for Group Research and Development at Mercedes-Benz Cars says “Each of these technologies demonstrates its advantages with regard to optimum consumption and emission figures in specific fields of application. We are the only manufacturer worldwide to offer our customers appropriate solutions for all fields of application – from personal mobility to local public transport and goods transport on the roads.” 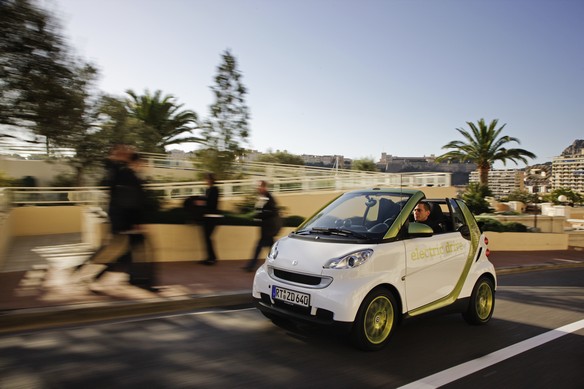 Electric cars are now being delivered to customers

With the electric cars from smart and Mercedes-Benz that are fully suitable for everyday use, zero-emission driving is already a reality. The new smart fortwo electric drive is a pioneer among battery electric vehicles which are primarily suited to use in urban areas. The second generation is already being built and now boasts a highly efficient lithium-ion battery which enables a range of
135 kilometres and impressive performance. Following the start of series production in Hambach, France in mid November 2009, the first small series of 1000 vehicles will be handed over to customers in Berlin on 17 December. The two-seater car will initially be delivered to selected customers in six European countries plus the USA and Canada within the framework of a leasing or rental model. Volume production will start in 2012 and the smart fortwo electric drive will then be available to anyone interested.

Thanks to its range of around 400 kilometres, the Mercedes-Benz B-Class F-CELL is suitable for both zero-emission driving in city traffic and also for travelling longer distances. Small series production of this electric car has also started. Next year the first of approximately 200 vehicles will be delivered to customers in Europe and the USA.

Both electric cars are fully suitable for everyday use. All the main components are housed in a space-saving position between the axles where they are optimally protected, and this means that the interior space is not compromised in the electric versions of the standard cars. Furthermore, the smart – the ultimate city car – has an extremely comfortable range for city driving and it can be charged at any household socket. The B-Class F-CELL offers a large range and is suitable for travelling longer distances as well. As its hydrogen tanks can be fully refuelled in around three minutes it is also the electric car with the shortest charging time. 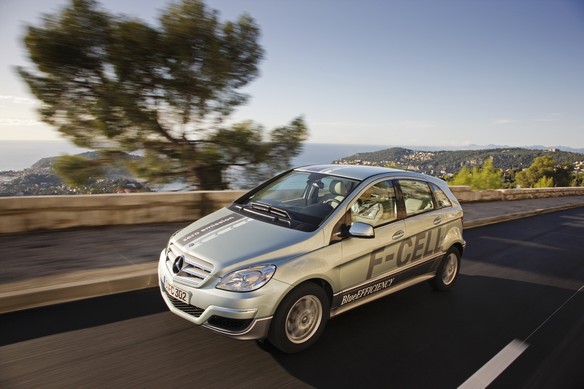 An appropriate refuelling and electricity charging infrastructure is essential for wide customer acceptance and quick widespread use of electric vehicles. This is why Daimler is committed to setting up a comprehensive network of electricity charging stations and hydrogen filling stations. In September 2009 together with the Federal Ministry of Transport and partners from the energy sector the company presented a plan for establishing a hydrogen infrastructure in Germany. At the same time Daimler reached an agreement with other leading car manufacturers to bring several hundred thousand fuel cell cars to the roads from 2015.

Parallel to this, together with various partners in Europe the Stuttgart car manufacturer is advancing the expansion of a public electricity charging infrastructure. This is because although electric vehicles like the smart fortwo electric drive can easily be charged at a domestic garage socket, around 40 percent of European vehicle owners do not have a parking space of their own. Publicly accessible charging stations are therefore needed. To enable this to be realised Europe-wide as far as possible with standardised framework conditions, Daimler is developing corresponding standards together with other car manufacturers and utility companies. 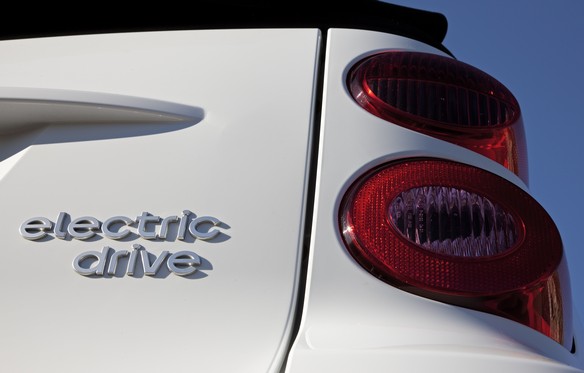 New technologies generally entail high investments and costs. This means that at the current stage of development electric cars are still more expensive than comparable models with combustion engines. Daimler is applying all available levers to reduce the costs to a level that is economically acceptable and attractive to customers. For example, by industrialising lithium-ion technology with the company Deutsche Accumotive GmbH and the economies of scale resulting from this. Furthermore, in product development Daimler is systematically using a modular E-drive system. This enables synergies to be ideally used between the different vehicle segments.

There are also numerous other factors that make electric mobility attractive for customers. Tax relief and other government subsidies are an important aspect. For example, the state of Monaco offers tax relief of up to €9,000 to electric car owners. Other countries have also set up funding programmes for sustainable mobility. France offers a “super environment incentive” of €5000 for vehicles that emit less than 60 grams of CO2 per kilometre. China and Japan have announced subsidies of €6,500 and €11,000 respectively. 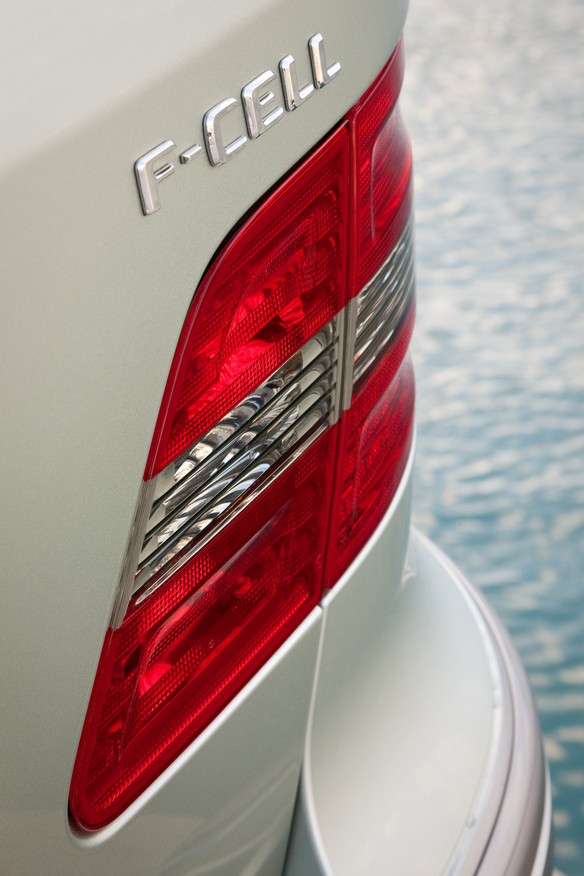 In addition, owners of electric cars can benefit from lower running costs. For example, in Germany the electricity costs for a distance of 100 kilometres currently stand at between two and three euros. And many experts believe that in the long-term the costs for hydrogen will level out at a price that makes it an inexpensive alternative to fossil fuels.

However, the question of the future taxation of new fuels has not yet been clarified. Dr. Thomas Weber says “It would make sense to find a solution that supports the introduction of new drives during the transitional period – for example with temporary tax exemption for electricity and hydrogen, just as various countries offer tax relief today for natural gas used to power vehicles.”

For example, electric cars like the smart fortwo electric drive are exempted from the city congestion charge in London, enabling their owners to save considerable sums of money.

Dr. Joachim Schmidt, Head of Sales and Marketing at Mercedes-Benz Cars says “All things considered we see good prospects for electric mobility with fuel cells and batteries. Whilst other companies are still presenting electric show cars, we at smart and Mercedes-Benz are already bringing two vehicles that are fully suitable for everyday use to the roads.”

From the early days through today: