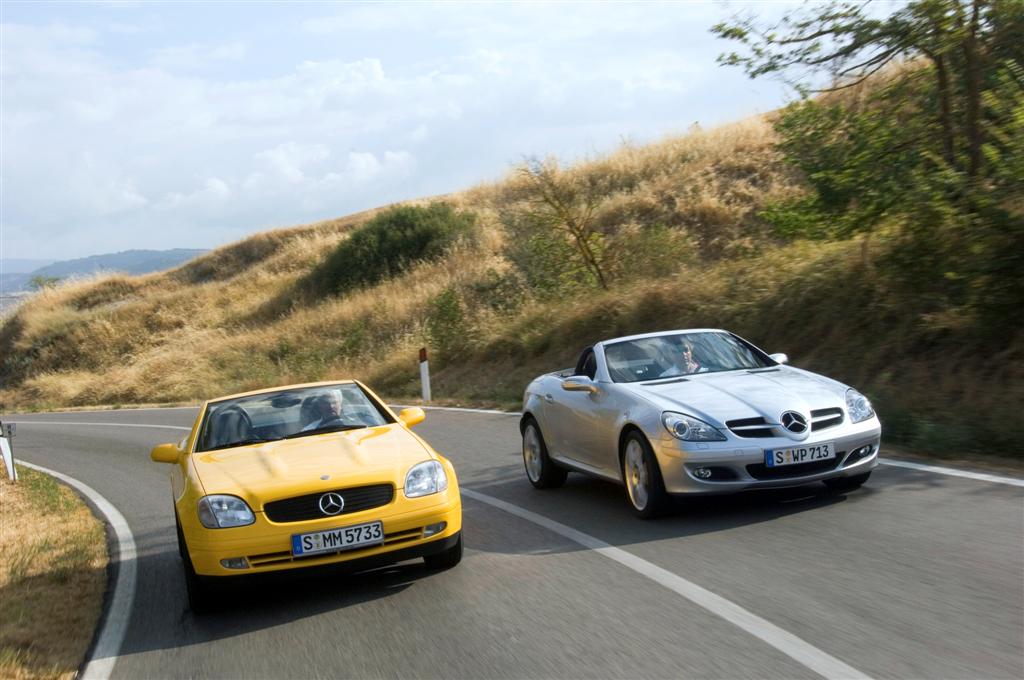 Stuttgart, It was exactly ten years ago that the Mercedes-Benz SLK-Class made its debut in the showrooms. The compact roadster was one of the highlights of the first Mercedes-Benz strategic product initiative and still stands as a symbol of the new, dynamic brand image of the Stuttgart-based car maker. Furthermore, the SLK-Class established a new market segment in 1996, a segment which has since enjoyed exceptionally rapid growth. Thanks to the steel vario-roof, which turns the two-seater into a weatherproof coupe in a matter of seconds, the roadster was and continues to be the inspiration for many other open-top cars. The current SLK-Class continues to set trends with innovations such as the AIRSCARF neck-level heating system. Worldwide, Mercedes-Benz has produced a total of some 459,000 SLK models since 1996. With an average market share of 34 per cent, the current SLK-Class is the world leader in the compact roadster segment.
“Roadster driving pleasure with new perfection” was how Mercedes-Benz summed up the SLK-Class at its market launch in autumn 1996. The Stuttgart-based car maker’s claim was borne out by the roadster’s compelling design, so-phisticated technology and exemplary safety which provided the basis for its success and helped it attain the status of a contemporary cult car. 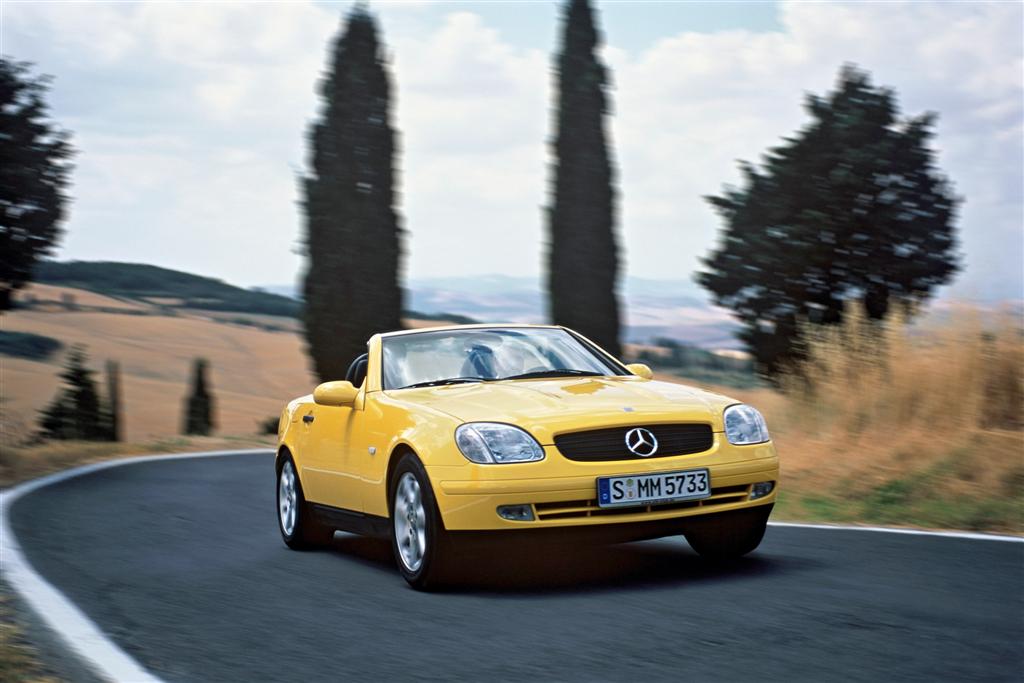 The innovative vario-roof is what made the SLK unique among open-top cars. It offers all the benefits of a fixed hard top but is just as flexible as a soft top. The fully automatic transformation from roadster to coupe or vice-versa takes only a matter of seconds and the brilliant design of the vario-roof allows it to be stowed in the boot. It deploys at the touch of a button, sliding forward and closing above the occupants to protect them from the elements. 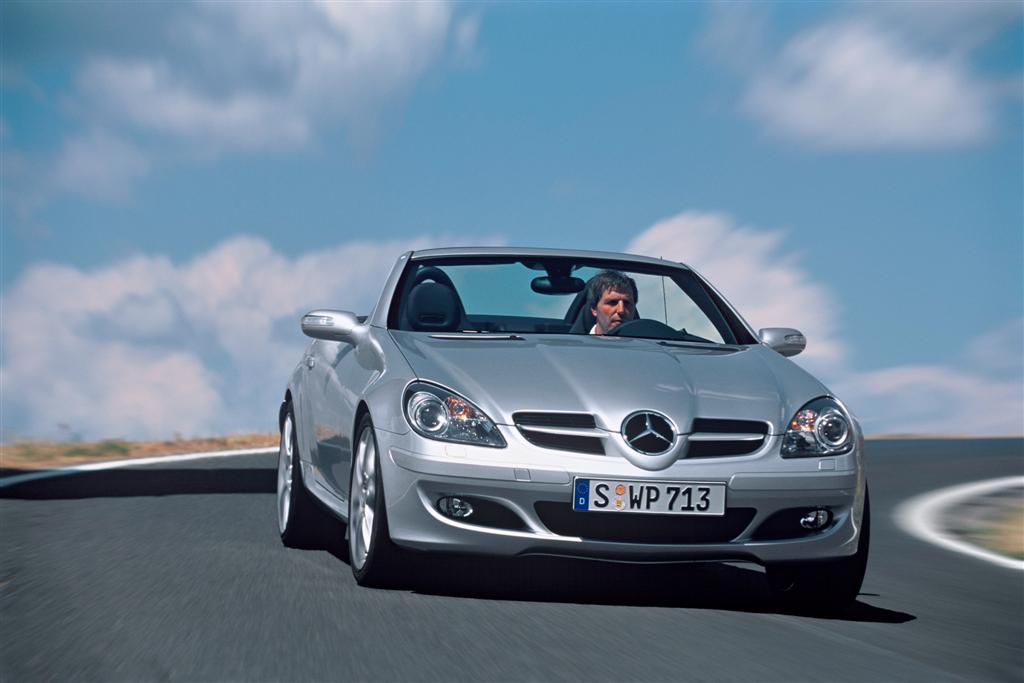 Invented by Mercedes, it was this feature that made the 1996 SLK a trendsetter for a new generation of open-top cars equipped with vario-roof-type technology which offers distinct benefits with regard to sound insulation and year-round comfort. Ten years after its world premiere in the SLK, this innovative roof technology has been adopted by many car makers for their cabriolets and roadsters.

Innovation: the world’s only car with a warm-air blower integrated in the seats

The new SLK-Class, which has been on the market since March 2004, expresses its sporty character even more emphatically and sets new trends with its trailblazing technology. In addition to an enhanced vario-roof, which opens even more quickly and occupies less boot space thanks to its pivoting rear window, the Mer-cedes sports car is unique in offering the AIRSCARF neck-level heating system. Integrated in the seat backrests, the patented AIRSCARF system blows warm air from openings in the head restraints and thus functions as an invisible scarf which keeps each occupant’s head, throat and neck warm. This means that the SLK-Class makes it possible to enjoy open-top driving pleasure even during the colder months. In other words, AIRSCARF allows SLK owners to drive with the top down for longer and more frequently. 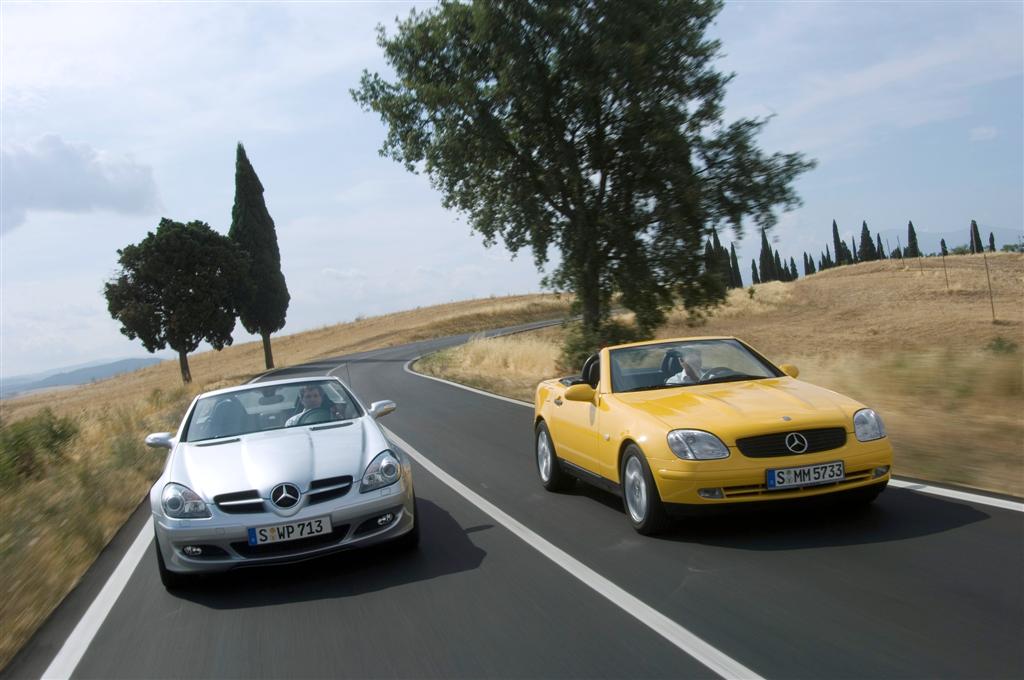 A number of features including adaptive, two-stage airbags and newly developed head/thorax sidebags also set the Mercedes two-seater apart from other sports cars in this segment.

A sensational success: demand for the SLK exceeded all expectations 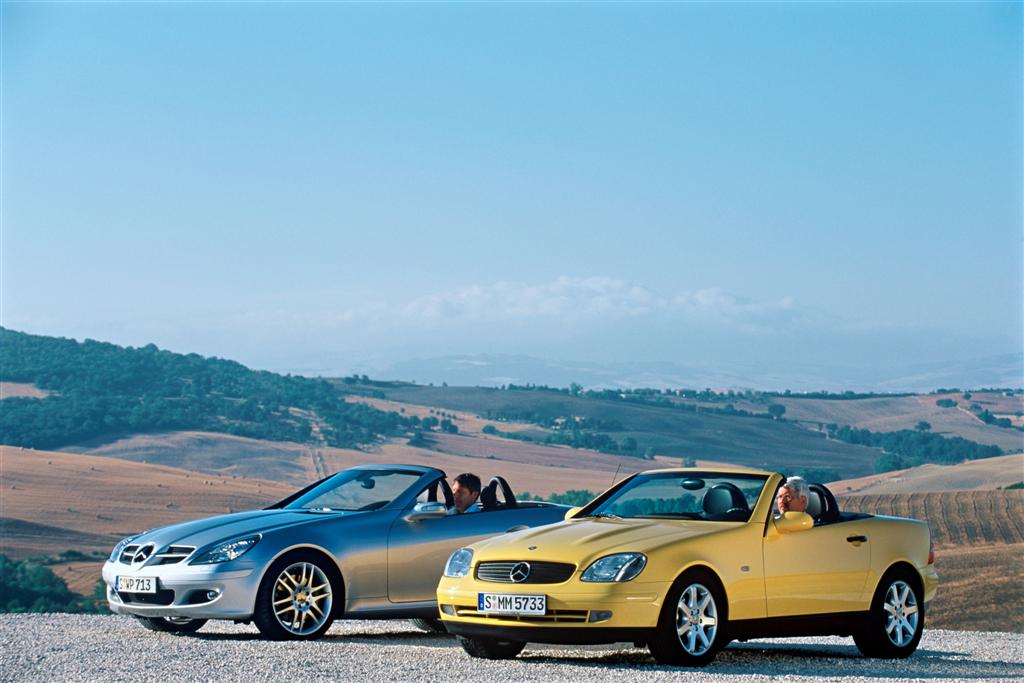 In addition to trendsetting technology, high design values are another hallmark of the SLK-Class. When the roadster appeared ten years ago, its stylish lines were an instant hit and were one of the decisive factors in the sensational success of the model series. Enthusiasm for the two-seater was so great that the SLK sold out shortly after the market launch and production capacity had to be increased significantly.

More than 311,000 units of the first-generation SLK-Class were produced between autumn 1996 and March 2004, while more than 40 international prizes and awards underline the immense popularity of this compact roadster.

The new SLK-Class has been continuing this successful trend since March 2004. Customers have a choice of four engine variants, including the six-cylinder SLK 280 and SLK 350 as well as the SLK 55 AMG which has an eight-cylinder power plant. The power output of the SLK models ranges from 120 kW/163 hp to 265 kW/360 hp. Since late summer 2006, Mercedes-Benz has offered a new SLK-Class Sports package which gives the two-seater an even more dynamic look and feel.

To date, Mercedes-Benz has produced some 148,000 units of the current SLK-Class and leads the world market in this segment with an average share of 34 per cent. In Germany and other West European countries, almost one out of two new registrations in this sports-car segment is an SLK model.

Whats strange with this image?