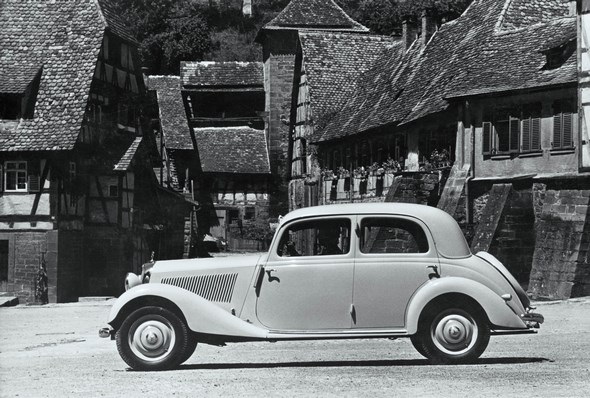 The Mercedes-Benz E-Class is a success story with a great tradition. One of its forebears is the Mercedes-Benz 170 V, which was presented to the world public in February 1936.

Driving comfort, downsizing and lightweight construction: these were just some of the features of this car, which also impressed with its new four-cylinder engine and spacious interior despite compact dimensions. 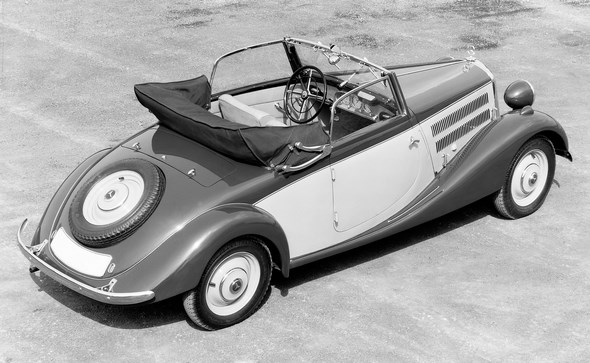 Stuttgart. – 15 February 1936 was an important day for Mercedes-Benz. At the International Automobile and Motorcycle Exhibition (IAMA) in Berlin, the brand for the first time presented the completely newly developed 170 V (W 136), an extremely modern vehicle in the upper medium class.

It was to be of decisive importance for the then Daimler-Benz AG, both before and after the Second World War – production only ceased in August 1953.

With the 170 V, the developers took a completely new approach to automobile design within comparatively compact dimensions.

The chassis was based on an oval-tubular X-frame which was more torsionally rigid and also 80 kilograms lighter than a comparable box-frame.

This makes the newcomer a precursor to today’s downsizing. The maximum speed of the 170 V was also 18 km/h higher than that of the preceding model.

Spacious interior and a “floating engine”

The 170 V was an extremely comfortable car. This was ensured by e.g. its independent suspension, but also by the spaciousness of the interior, which was superior to the model 170 thanks to the longer wheelbase.

There were other reasons for the good ride comfort: many specialists confirm that the 170 V was very smooth-running, with good long-distance attributes.

This was in some measure due to the sophisticated engine mounting. The “floating engine”, as it was officially known, was mounted on the frame at two points where the oscillation axis passed through the centre of mass.

As a result the four-cylinder had vibration characteristics approaching those of a six-cylinder engine. 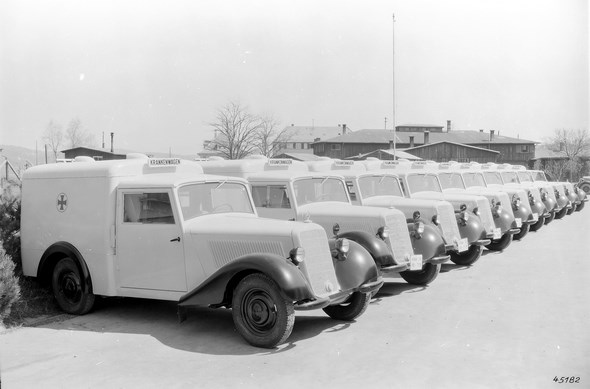 A delivery panel van was also available for commercial applications. The 170 V was also used as a basis for sporty derivatives and military vehicles.

As a package with outstanding attributes, the Mercedes-Benz 170 V became a runaway success right from the start.

91,048 units had been produced by the time the war brought the first production period to an end in 1942. This made it the brand’s most successful passenger car to that date. 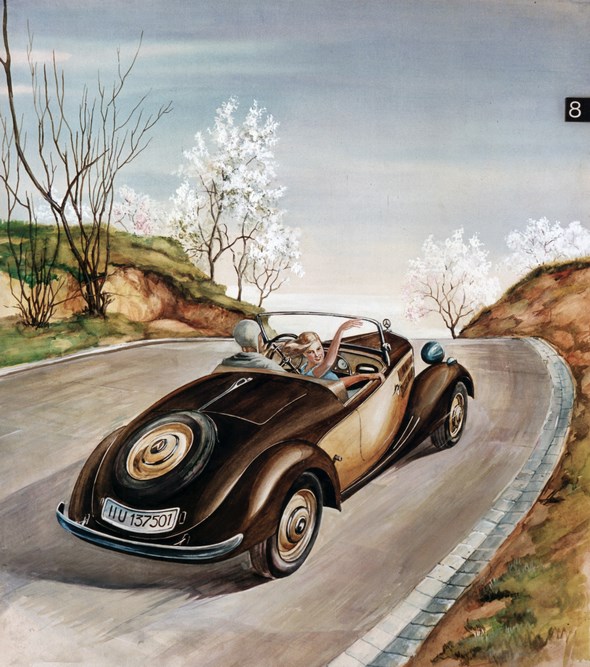 Trailblazer for the brand’s post-war resurgence

Germany lay in ruins after the Second World War, and production was at a standstill at the then Daimler-Benz AG.

By as early as the end of 1945, the company was however granted a production permit by the occupying allied force.

Panel vans, pickups and ambulances based on the 170 V already began leaving the production lines in May 1946 – a focused portfolio that shows the vehicle types to which most day-to-day importance was attached at the time.

After the war the company produced another 49,367 units of this model, before its production ceased in August 1953. The respectable total production figure was therefore 140,415 units.

The people behind the Mercedes-Benz 170 V

A large team stood behind the 170 V presented in 1936. It was initially the brainchild of the Executive Board member for development, Dr. Hans Nibel, whose sudden death in November 1934 advanced Max Sailer to the same position.

As head of engine design and senior engineer since the merger that formed Daimler-Benz AG in 1926, Albert Heeß was responsible for all vehicle engines and therefore also for the development of the four-cylinder M 136 used in the 170 V.

As head of vehicle design and senior engineer, Max Wagner had already worked under Nibel at Benz & Cie., and both were proponents of the independent suspension.

Under Wagner’s aegis the early efforts culminated in the 170 V, including the oval-tubular X-frame. As head of testing at the time, Fritz Nallinger was responsible for the series production maturity of the new medium-class car.

Working under him on the project was a young engineering technician whose name was also destined to become well-known: Rudolf Uhlenhaut.