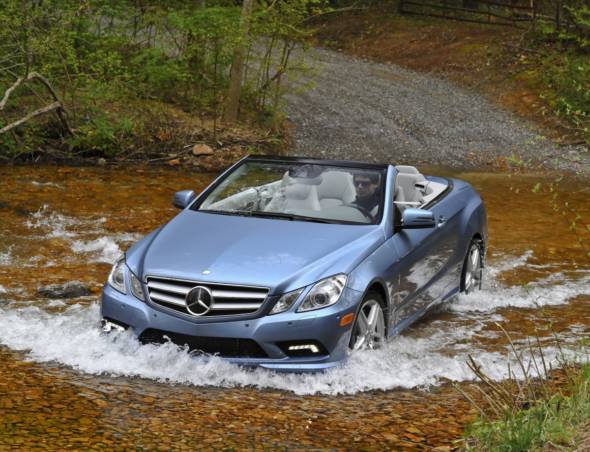 Cavorting in a Cabriolet
Cabriolet was originally a French verb that meant “to cavort” or “cut a caper,” but in the 1700s, the term came to be used to describe “a light, two-wheeled horse carriage with a folding leather top.” Later, any carriage for hire became known as a “cab,” hence today’s synonym for a taxi.In the late 1800s, the first motor vehicles were all open cars, with no tops at all. As automobiles developed in the early 1900s, most were still convertibles. 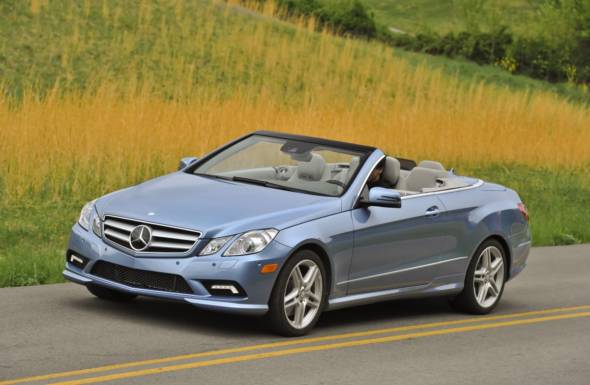 Cabriolet – a Four-Seat Convertible
As the automotive industry evolved through the 1900s, the term “Cabriolet” acquired a specific meaning – a convertible that seats at least four people, in other words, a convertible with a real back seat. While Mercedes-Benz produced some of the world’s most collectible convertibles and Cabriolets across a 120-year history, its modern era began with the launch of the 1993 E-Class Cabriolet, its first four-seat convertible in several decades. A slightly smaller CLK Cabriolet followed in 1999, and a second-generation CLK Cabriolet line was offered through the 2009 model year. 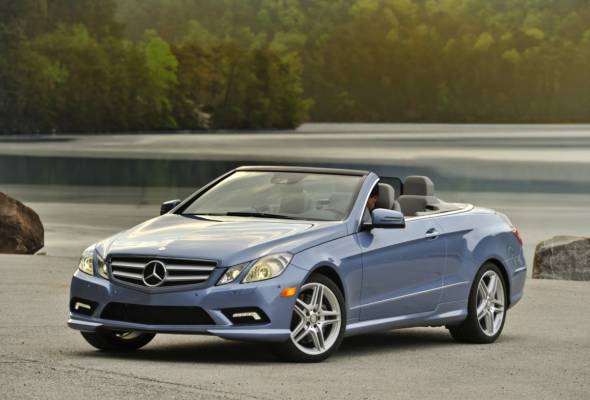 The Ninth-Generation E-Class
The 2011 E-Class Cabriolet joins the all-new E-Class lineup – which debuted last year as the ninth generation of the company’s highly successful model range, with a total of more than 10 million E-Class vehicles produced over the past 70-plus years. Packed with useful, new safety technology, the E-Class is likely to become another industry trend-setter, and now with a full range of cabriolet, wagon, sedan and coupe models, the lineup should appeal to more consumers than ever. 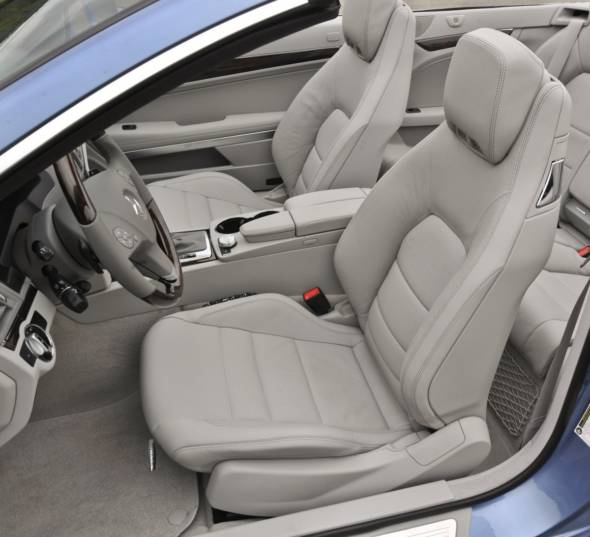 Four Seasons, Four Seats
The two-door, four-seat Cabriolet boasts a classic fabric soft top, with year-round comfort, thanks to a number of innovative features:
Its three-layer convertible top is insulated for low noise and comfort, even in very cold or hot weather. 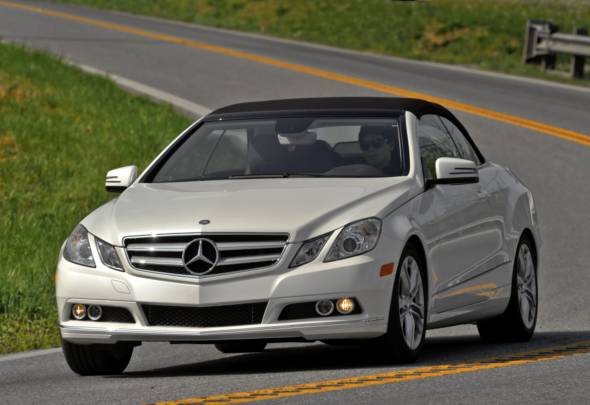 With the top down, the new AIRCAP system works at the push of a button to reduce noise, drafts and air turbulence for all four occupants.
Through outlets in the front headrests, the enhanced AIRSCARF system can blow heated air directly on the neck area to keep occupants surprisingly warm in cool weather.
The convertible top can be opened or closed in 20 seconds, even at speeds up to 25 mph. The soft top is stowed in a special compartment behind the rear seats. When the roof is up, the panel between the top stowage area and the trunk can slide to the rear, increasing the trunk capacity by 30 percent. 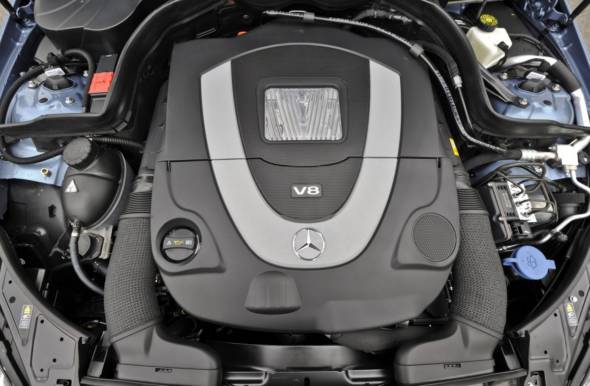 Two Versatile Engines for the E-Class Cabriolet
The E350 Cabriolet uses the latest four-valve-per-cylinder V6 engine that produces 268 horsepower and 258 lb.-ft. of torque. The E550 Cabriolet model is powered by a 32-valve 5.5-liter V8 delivering 382 horsepower and 391 lb.-ft. of torque. Both engines feature double-overhead-cam architecture with variable valve timing and a two-stage intake manifold for increased low-speed power.
For better fuel mileage, both the V6 and V8 powerplants use new systems that minimize engine power needed to drive the alternator, power steering pump and electric fuel pump, plus intake tumble flaps and state-of-the-art engine management. 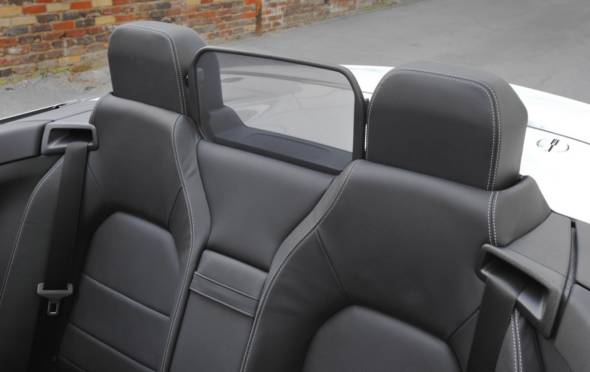 Astonishing Safety Innovations
Among the Cabriolet’s many standard life-saving features is an innovative “Attention Assist” system which couples a highly-sensitive steering sensor with intelligent software that can identify behaviors that drivers make as they begin to get drowsy. Elegant in its simplicity, the system senses drowsiness and alerts the driver. Contrasting examples of trailblazing innovations include optional automatic emergency braking, which is activated if a collision is likely, and adaptive high beams that use a small windshield-mounted camera to control high-low beam operation automatically. This system also provides a soft transition from low to high beam. 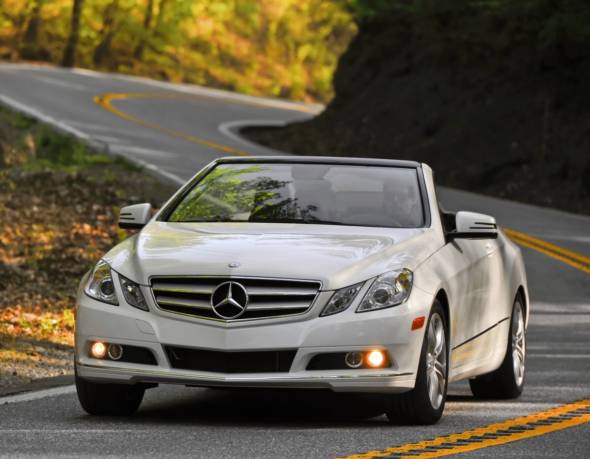 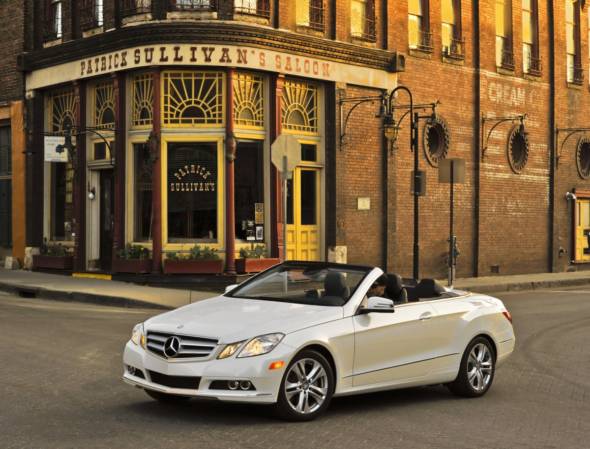 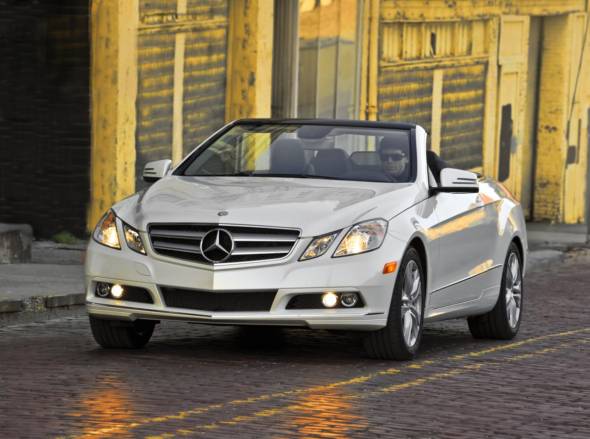 Maybach at Auto China 2010 in Beijing