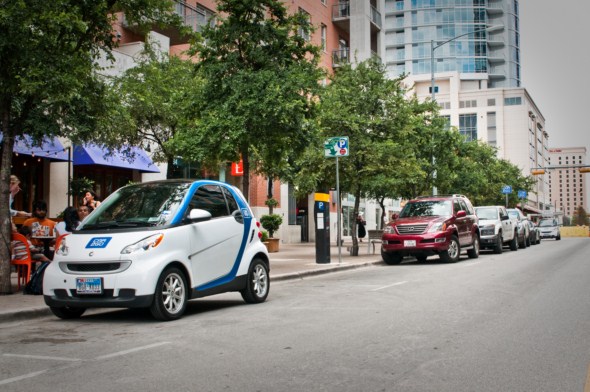 “Austin’s international reputation for green innovation is based on strong community support of great ideas,” said Duff Stewart, president and CEO of GSD&M Idea City. “We are proud to partner with car2go because we are impressed with the concept and we believe it can be an important part of Austin’s transportation future.”

car2go launched its mobility program to the Austin public in May following a hugely successful pilot program that began with the City of Austin in November 2009.  During this pilot program, car2go has partnered with a number of Austin companies and organizations, including LIVESTRONG, urbanspace, the Entrepreneurs Foundation, the State Preservation Board and the Council on Competitive Governments.

“GSD&M Idea City champions forward-thinking ideas that make a difference in people’s every day lives,” said Nicholas Cole, president and CEO of car2go North America.” This relationship further demonstrates the willingness of the Austin community, business and residents alike, to accept new and innovative ideas that have both a local and global impact.”