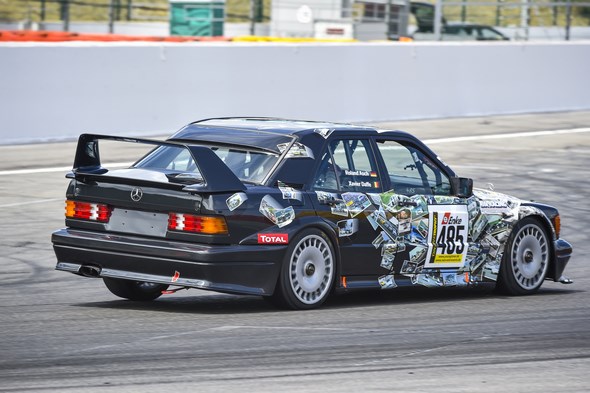 Grand appearance in the Eifel: driving the Mercedes-Benz 190 E 2.5-16 Evolution II works racing car, Ellen Lohr will compete in the Westfalen Trophy at the Nürburgring on 24 and 25 October 2015.

The “Evo II” made its racing debut 25 years ago at the 24 Hours Race in what was then the German Touring Car Championship (DTM) on the North Loop of the Nürburgring.

In the ADAC Westfalen Trophy, the motor racing touring car, which was built by Mercedes-Benz Classic with exceptional authenticity for participation in historical motorsport, will race for points in the Youngtimer Trophy.

The three-day festival of motorsport will be held at the Nürburgring from 23 to 25 October 2015 – there will be racing on both the current Grand Prix circuit and the legendary North Loop.

Ellen Lohr will drive the “Evo II” in the Youngtimer Trophy on Sunday, 25 October. 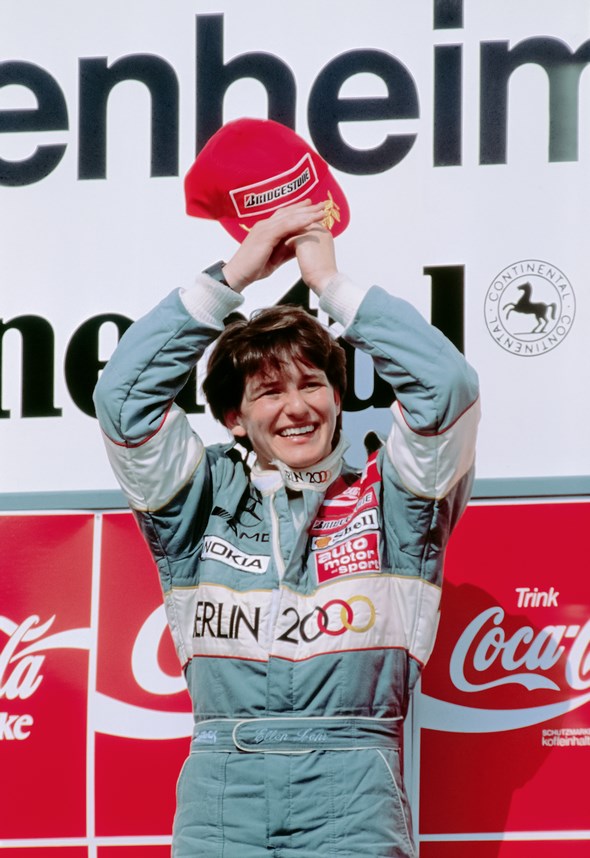 Ellen Lohr owes one of her greatest triumphs to this Mercedes-Benz DTM vehicle: driving an EVO II at the Hockenheimring in 1992, she became (and still is to this day) the only female driver in DTM history to win a DTM race.

That success was one of many highlights for Mercedes-Benz in 1992: the Stuttgart-based brand brought the DTM season to an extremely successful conclusion with a triple triumph in the overall standings.

In an effort to keep the fascination of that first DTM era alive, in 2013 Mercedes-Benz Classic built a 190 E 2.5-16 Evolution II as a motor racing touring car to compete in historical motorsport.

The vehicle has since delighted the fans as a works racing car in the Youngtimer Trophy.

For the ADAC Westfalen Trophy 2015, the organisers are expecting over 500 historical and current racing cars, which will compete in various competitions.

The first two days will focus on races on the Grand Prix circuit, while on the Sunday there will be racing over the whole of the Nürburgring, including the North Loop. 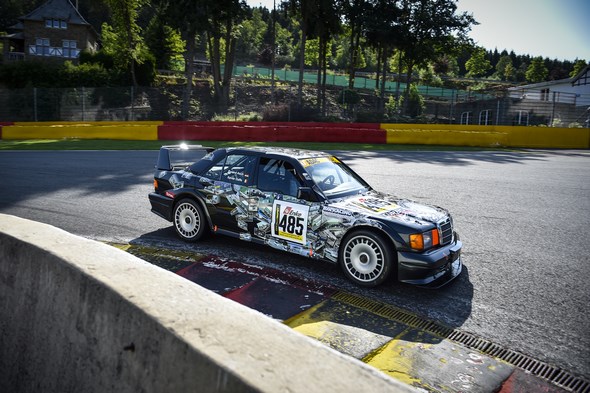 The vehicle from Mercedes-Benz Classic in the Westfalen Trophy 2015

In August 1989, work began on the second stage of development of a DTM racing car based on the compact class W 201. The vehicles were developed by the in-house department Mercedes-Benz sport technik (st).

The motor racing touring car was based on the Evo II road vehicle, which was built in low volume and further optimised for use on the racetrack.

For example, it was provided with body parts, such as bonnet, boot lid and spoiler, that were made of extremely light and rugged plastic. 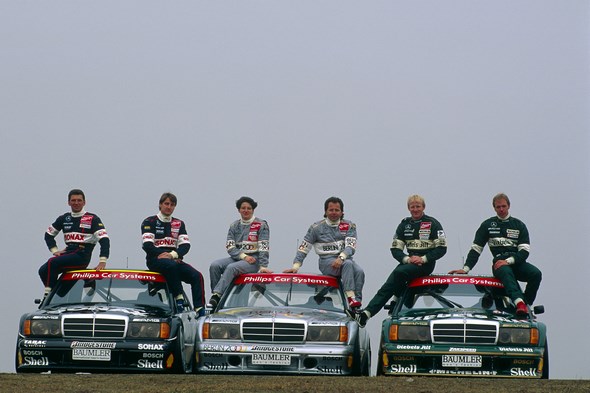 The driver for Mercedes-Benz Classic in the Westfalen Trophy 2015

Ellen Lohr came to motorsport via karting, in which she was active from 1979 to 1983. Her greatest triumphs were taking part in the Junior Karting World Championship as well as 1st place in the Northwest German Regional Karting Championship.

Ellen Lohr is the first and only woman to date to have achieved a DTM victory, which she won in May 1992 at the motor racing festival in Hockenheim driving an AMG-Mercedes 190 2.5-16 Evolution II.

For the 1995 season, she moved to the Mercedes-Zakspeed team, and in 1996 drove for the AMG-Mercedes Persson MS team. 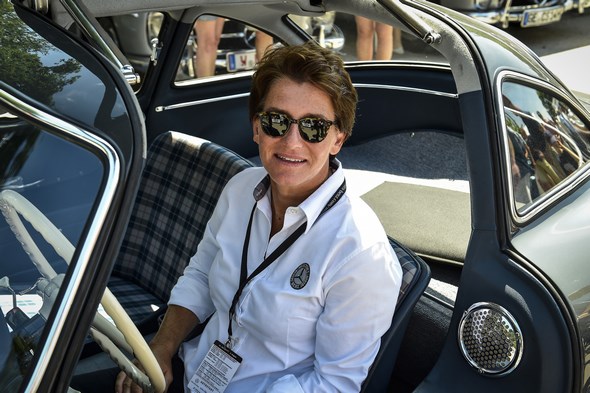 In 1997, she competed in the European Truck Racing Championship at the wheel of a Mercedes-Benz racing truck. Subsequently, Ellen Lohr has continued to be actively involved in numerous other racing series, including the Paris–Dakar Rally since 2005 and again in truck racing since 2012.

The most successful motor sport season for Mercedes-Benz until today