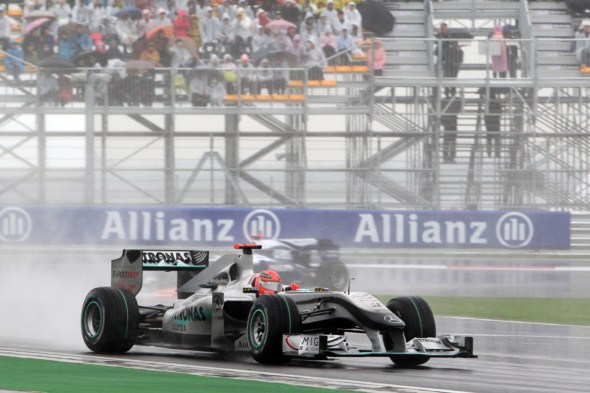 Michael Schumacher came home in fourth place today at the end of a thrilling inaugural Korean Grand Prix in Yeongam.

Nico Rosberg was in an excellent position in fourth place, having just overtaken Lewis Hamilton, when he was hit by the spinning car of Mark Webber and forced into retirement on lap 19. 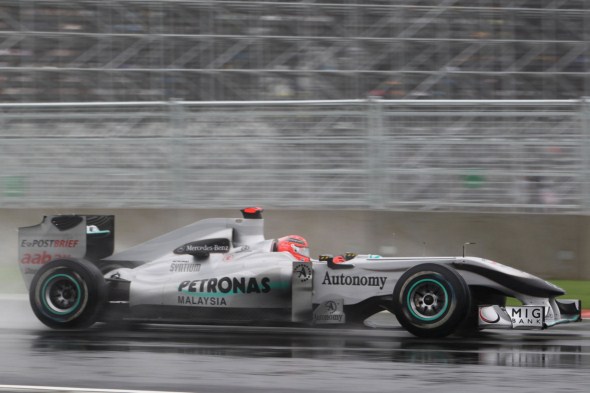 “I am pretty happy with today’s race and I have to say thank you to my team who guided me perfectly through the afternoon. I am sure that the spectators had a lot of fun here today at this first Korean race. The FIA did very well to start the race behind the safety car as it absolutely would not have been possible to have a racing start. The only shame for us today was that Nico was put out of the race otherwise we would have seen a very good weekend for our team.” 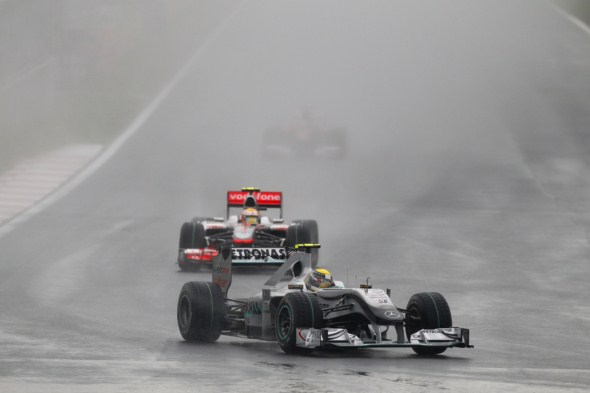 “We had a near perfect weekend with the car that we have until the collision in the race today. Qualifying in fifth place was great yesterday and the car has felt good all weekend. The team has done a great job here and the straightline speed that we had enabled me to overtake Hamilton early in the race. So it’s a big shame that my race was ended early. It was really difficult to judge which way Mark’s car would go and I took the decision to go left but he spun more and more that way and I just couldn’t avoid him. It’s a real shame as we could have had a great result today.”

“The team did an excellent job this weekend and have been rewarded with a very good result for Michael today. It could have been even better as Nico was in a strong position and obviously we are disappointed that he was taken out of the race. Nico had made a great overtaking move on Hamilton, he was very happy with the car and everything was going well up that point. Michael had an extremely good race. He took all of his opportunities and drove sensibly in the tricky conditions. We spent the latter part of the race looking after the tyres and making sure that we got through to the end as we didn’t think that we could challenge the leaders. Overall a very positive weekend and we hope to finish the season with equally strong performances.” 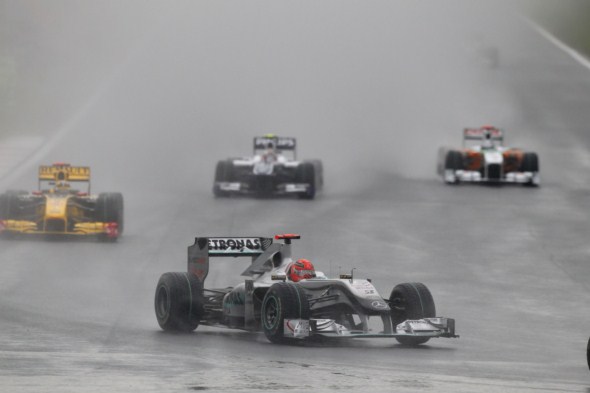 “A good race from Michael today finishing in fourth place behind the World Championship contenders as ‘best of the rest’ after a great manoeuvre to overtake Jenson Button. A shame for Nico who certainly had the possibility of finishing on the podium, given that he was ahead of Lewis who ultimately finished second, when he was caught up in Mark Webber’s incident. A good job from our team here in treacherous conditions with no mistakes made which was very difficult today.”