MERCEDES GP PETRONAS experienced mixed fortunes at the Spanish Grand Prix today with Michael Schumacher achieving his best result of the season in fourth place however Nico Rosberg’s race was compromised by two incidents which left him battling through the field to finish in 13th position.

Michael retained his starting position into the first corner whilst Nico was pushed wide onto the grass and dropped to eleventh place by the end of lap one. Both drivers pitted on lap 14 to switch from option to prime tyres but a problem with the right front wheel led to a lengthy stop for Nico who rejoined in 17th place. 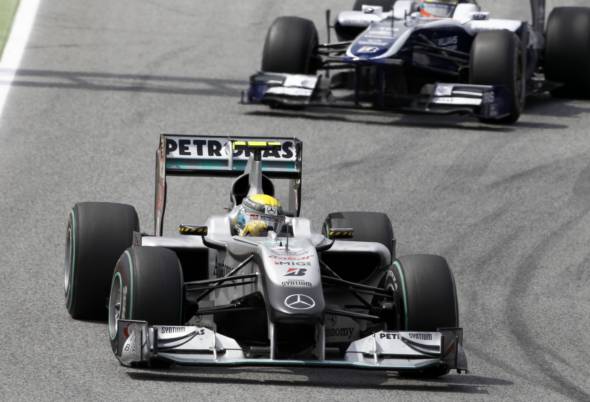 Michael jumped up to fifth position after the first round of pit stops and had an entertaining battle with Jenson Button to retain that place before taking advantage of Lewis Hamilton’s retirement to cross the line in fourth position. Nico pitted again on lap 35 for a further set of options and continued his fight through the field to finish in 13th place. 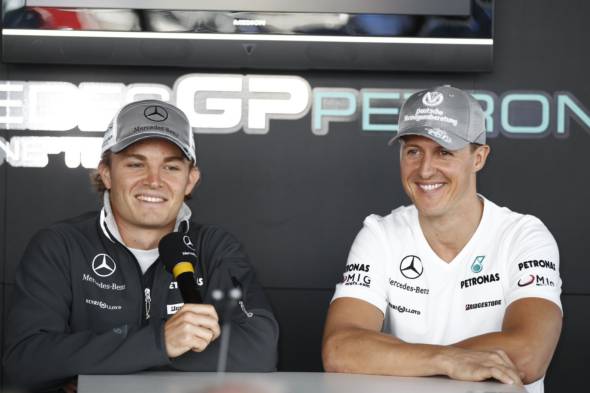 “It was quite an entertaining race right from the start even if we knew from the beginning that there would not be a chance for us to compete for a podium place if everything goes as normal. Still it was exciting for me to manage to keep the position that I gained but then, I am obviously not too happy as today we could only defend. All we could do was to hope for reliability problems of others in order to make up positions and that’s not really what you want to do. It was an interesting fight with Jenson but all I could do is try to not give him a possibility to overtake. In the end the gap to the front is just too big to be really happy after this race. For Monaco, we hope that the characteristics of the track will suit our car better.” NICO ROSBERG

“The race didn’t go my way today and, of course, it is frustrating to have finished outside of the points for the first time this season. We have a good upgrade on the car here which should be improving our performance but it just hasn’t worked out for me here. In qualifying, I did the best that I could but starting from eighth position isn’t where we wanted to be this weekend. In the race, I had the situation with Robert at the start when I tried for the gap but he didn’t see me so I was pushed wide and then we had a problem at my first stop which dropped me back again. So it’s been a disappointing weekend and we need to look into the reason why we have been off our usual pace.”

“Well done to Michael and the team for their hard work today. Michael has driven extremely well all weekend to continue the progress that he made over the first three races of the season and achieve his best finish with our team. Nico has had a more difficult time and we will look closely into the reasons why he has struggled this weekend. Although we have made a step forward with the performance of our car, the evidence shows that our competitors have also improved and our step is not enough to enable us to compete where we would like to be. We have a lot of hard work ahead of us and I remain confident that we have the ability and resources to close the gap, but it will be a tough fight.”

“Michael’s fourth place is the best result that we could have achieved today. He posted a remarkable drive with very committed overtaking and then keeping the reigning World Champion and current points leader Jenson Button behind him. Our speed was not good enough however to compete at the front in qualifying or the race. Nico was compromised on lap one by the manoeuvres of a competitor which lost him four places. We will work hard to improve our speed and I am sure that we will achieve this step-by-step but certainly not overnight. I am happy for Michael and the team today and in five races, our best results per race have been P5, P5, P3, P3 and now P4. These results have been more or less the maximum we could have achieved which is pleasing but we are aware that winning is our target and not bringing home respectable places.” 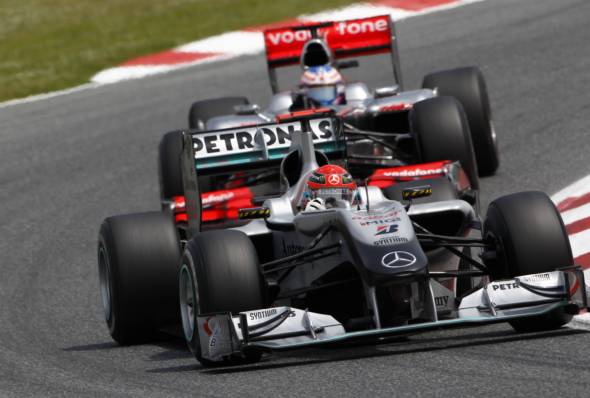 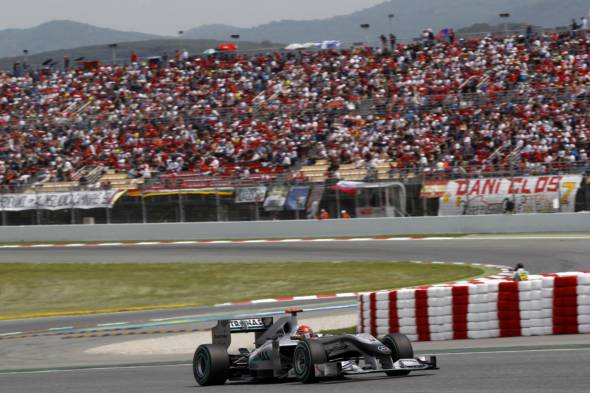 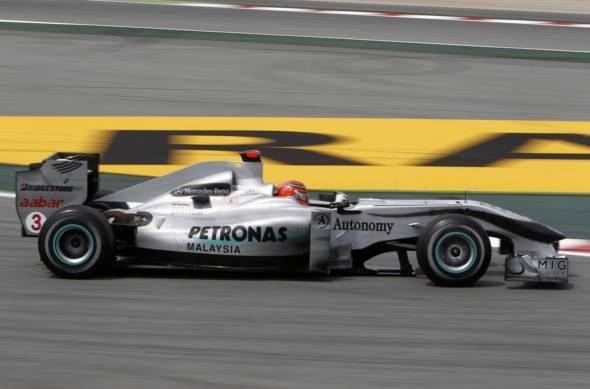 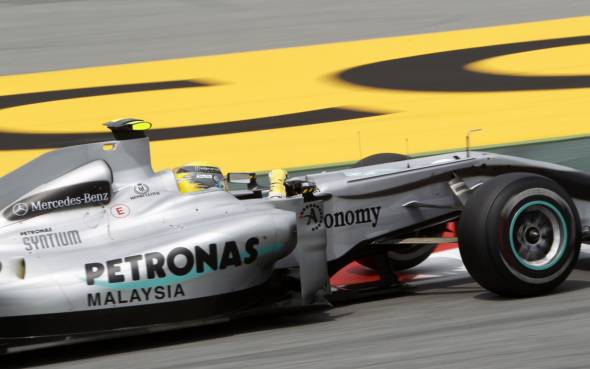 Actros voted “Truck of the Decade” in Great Britain