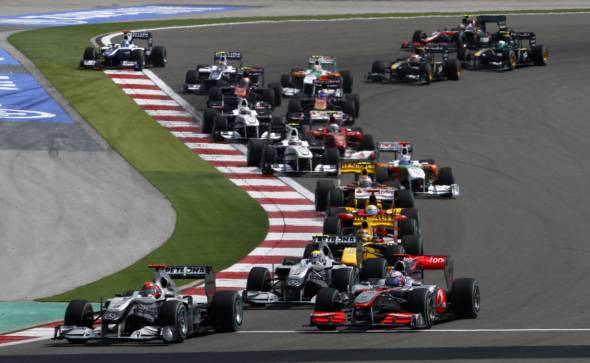 The pair had a fairly quiet race with Michael moving up to fourth briefly after a first lap battle with Jenson Button but he was unable to hold the position that he took in turn one. Michael made his only pit stop of the race on lap 14 with Nico following one lap later where a quick in-lap and excellent work from the pit crew kept him ahead of the chasing Robert Kubica. 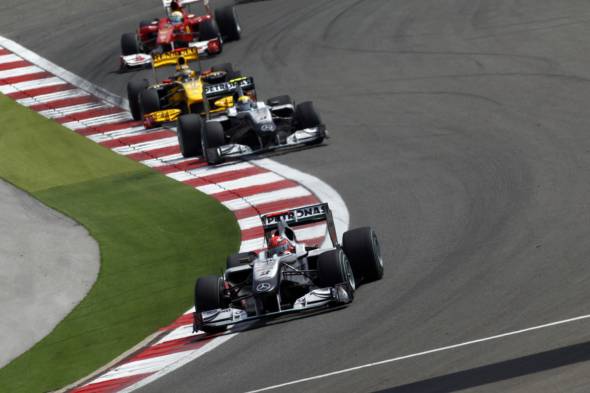 Rain threatened in the middle of the race but only a few light spots eventually fell around the circuit. The collision of the two Red Bulls on lap 40 promoted Michael to fourth place and Nico to fifth position where they remained until the chequered flag.

“My race started as I had hoped when I was able to catch Jenson right at the start. Unfortunately I did not have a lot of grip with the tyres as the formation lap was quite slow and the pressures had gone down which combined with the top speed of the McLarens meant that I could not hold Jenson behind me for long. I was even struggling to keep the car on the track during the first lap. 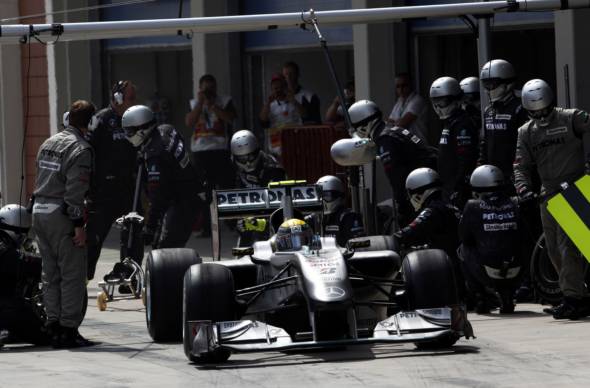 From there onwards, I was in my starting position and when Sebastian retired, we were able to pick up a place. That was about it. It was a straightforward race for me without any more possibilities. I understand at the front there was quite a bit happening so for the fans, it was a good show. All in all, I think we had a positive race and we clearly made a step forward towards Red Bull and in front of Ferrari, so we can be quite happy about that.”

“I am reasonably happy with fifth place today although it was an uneventful race for me. I was slightly faster than Michael for much of the race but it was not possible to overtake and I had to be careful as Robert was pushing hard behind me. For me, the most exciting part of the race were the in and out laps for my pit stop which were pretty fast and together with the great work from the team, that enabled me to stay ahead of the cars just behind me on track. Although our general pace still has to be improved, I’m satisfied that we have taken what we could from this weekend.” 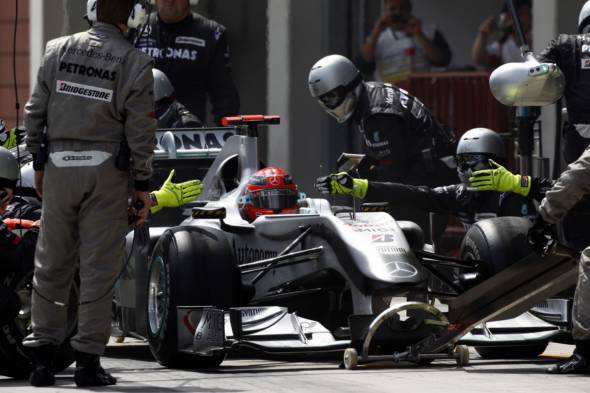 “A solid performance today in which we achieved the potential of the car with both drivers. We had a purposefully quiet early part of race as we were unable to challenge the leading group and therefore decided to save our tyres for the second half. Michael, Nico and the team did an extremely good job with the car that we had and once again our pit stops were very impressive. Compliments to them all today. We have made reasonable progress with our latest set of upgrades thanks for the hard work of everyone at the factory but clearly we have a lot of work still to do.” 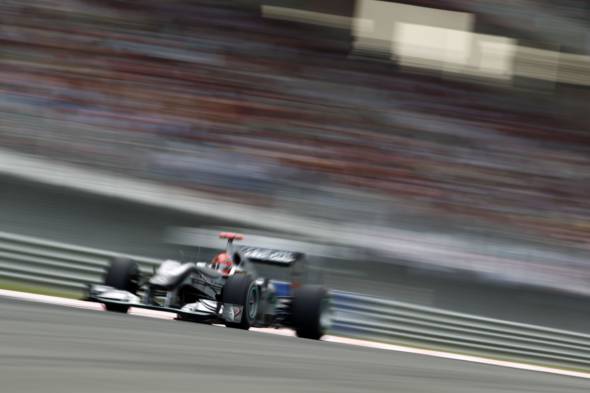 “Fourth and fifth positions for Michael and Nico were the best results we could achieve today as our pace was only ok in the last third of the race. We are aware that we need further improvements and we definitely will get them. Congratulations to McLaren Mercedes and Lewis Hamilton for achieving the 71st victory for Mercedes-Benz since our first win with David Coulthard in a McLaren Mercedes in Melbourne 1997. Four Mercedes-powered cars came home in the top five today which is a remarkable result, especially for our hard-working engine guys, so well done to you all.” 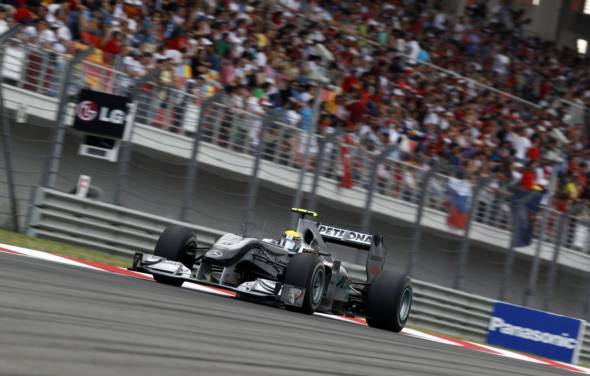 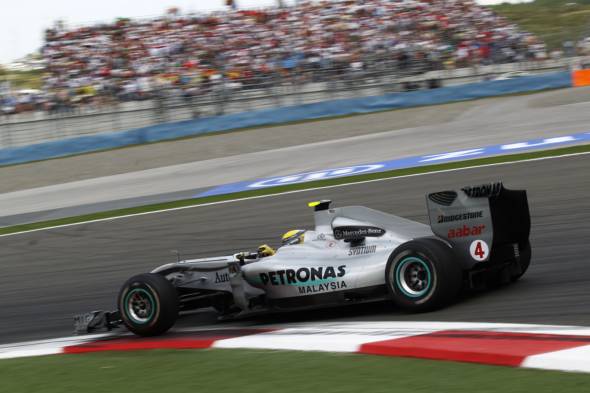 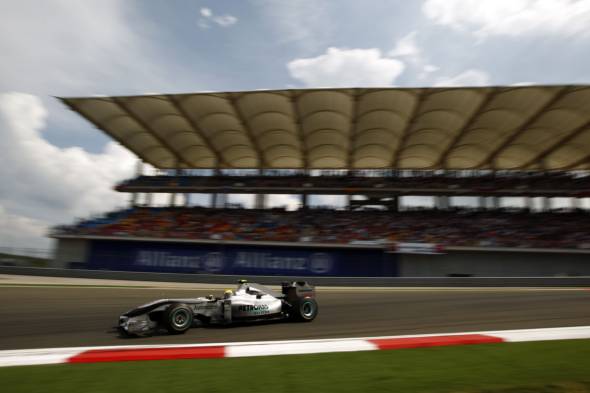 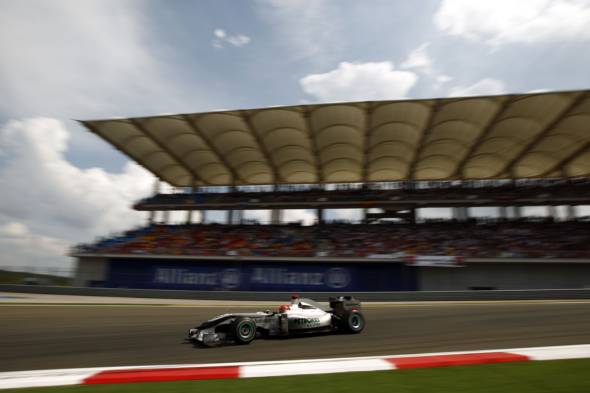 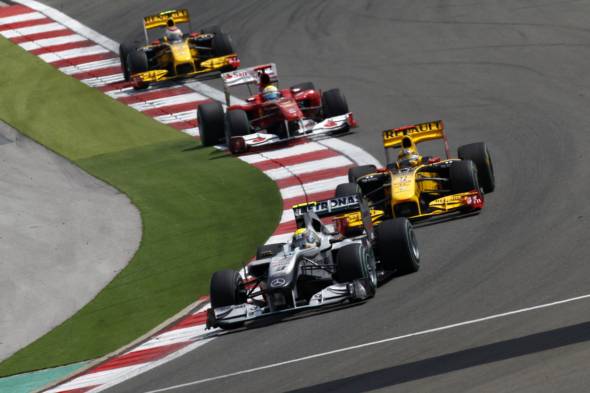