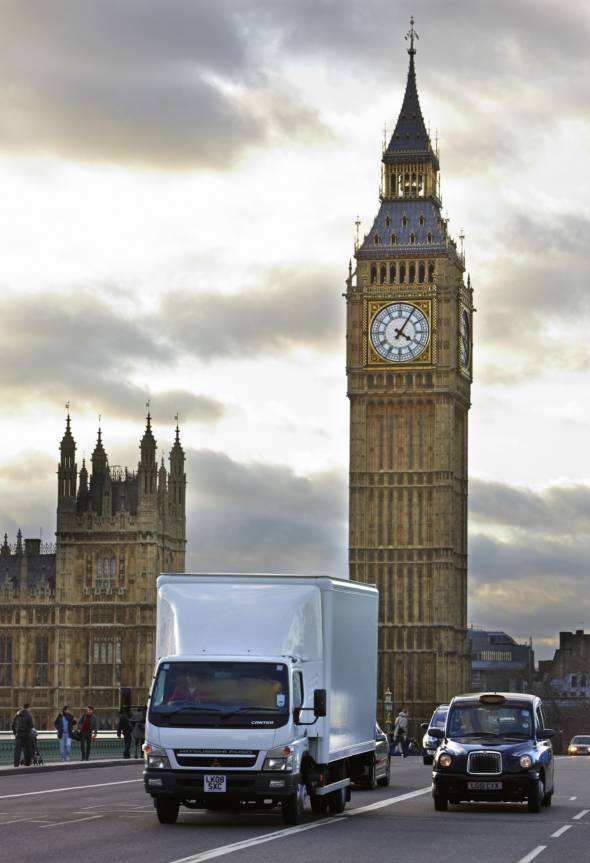 London – The halfway stage has been reached in the fleet trial of the Fuso Canter Eco Hybrid in the London area. Since August 2008, ten light-duty trucks equipped with hybrid drive systems have clocked around 265,000 km in eight fleets operated by customers. The vehicles are in service every day and travel between 400 and 2,800 km each month. The trial for the model under European conditions, which is scheduled to run for three years, is part of Daimler Trucks’ “Shaping Future Transportation” global initiative, the goal of which is to turn the zero-emission commercial vehicle of tomorrow into a reality by means of efficient and clean drive systems and alternative fuels.

After 18 months of testing, the hybrid technology has proved to be reliable and stable. This applies to the reliability of all the hybrid-specific components, including the state-of-the-art lithium-ion battery, as well as to the actual operation of the truck. Depending on its particular application, the Fuso Canter Eco Hybrid uses around 10 percent to 15 percent less fuel than a conventional light-duty truck, with correspondingly lower CO2 emissions.

The ten light-duty trucks have thus saved around 5,000 liters of fuel since they began operating, thereby easing the strain on the environment and helping to conserve natural resources. The Fuso Canter Eco Hybrid represents an important step along the way to a zero-emission drivetrain for commercial vehicles. Daimler Trucks is pressing ahead with the development of the hybrid drive system using the extensive on-road experience it has acquired from a trial fleet of nearly 1,000 commercial trucks on three continents. 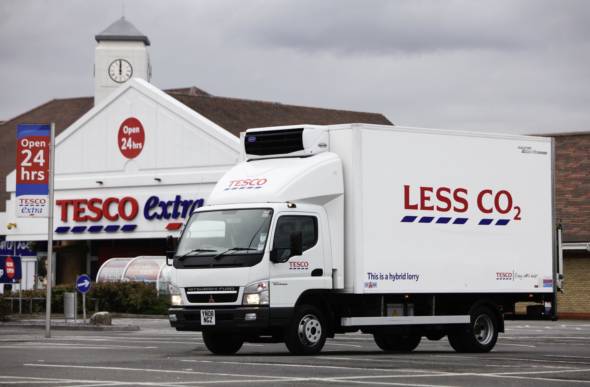 Daimler Trucks’ Global Hybrid Center in Kawasaki, Japan, is already working on the next generation of the Fuso Canter Eco Hybrid, as Fumio Akikawa, head of the Global Hybrid Center, explains: “It’s conceivable that we might use a more powerful electric motor for Europe, given the higher gross vehicle weight there, as well as higher speeds and longer idling periods. This would lower fuel consumption even further. A future Fuso Canter Eco Hybrid should take due account of the different operating conditions from continent to continent — and a model specifically tailored for European application of the Fuso Canter Eco Hybrid is on the horizon.”

The Canter Eco Hybrid can now also be found well outside the Japanese market. In addition to the ten vehicles participating in the fleet trial in London, Mitsubishi Fuso Truck & Bus Corporation (MFTBC) will be delivering series production vehicles to Ireland, Hong Kong, and Australia this year. Ten vehicles are destined for Ireland’s leading power utility, the Electricity Supply Board (ESB) in Dublin, which uses the vehicles for customer service and infrastructure maintenance.

An order for a further 25 Fuso Canter Eco Hybrids has been received from Australia. The customer is Star Track Express, an express freight company with headquarters in Gordon near Sydney.

The conventional Fuso Canter truck with a Euro 5-compliant diesel engine and standard EEV compliance is also doing extremely well on the European market. Mitsubishi Fuso Trucks Europe expects first-quarter 2010 sales to total more than 1,000 units, which would be roughly 32 percent higher than the sales figure recorded in the first quarter of 2009. The increase in new orders was even higher, totaling around 60 percent. Particularly strong sales growth was recorded in Germany, France, the UK, Portugal, and Israel.

car2go Partners with State of Texas on Urban Mobility Pilot