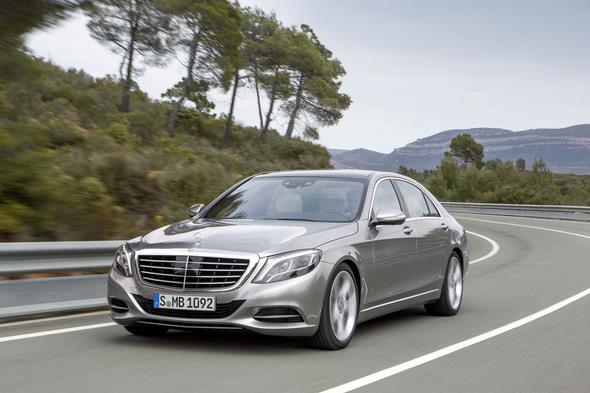 The new S-Class is the best luxury saloon

Stuttgart – The readers of “BILD am SONNTAG” and “AUTO BILD” have voted together with a jury of automotive experts to award the Mercedes‑Benz S-Class with the coveted “Golden Steering Wheel” as the best new car in the premium and luxury segment. As a result of the award, Mercedes-Benz has now succeeded in maintaining its place on the list of winners of this prestigious competition for the 23rd time. Dr. Dieter Zetsche, Chairman of the Board of Daimler AG and Head of Mercedes-Benz Cars, accepted the prize yesterday evening in Berlin.

More than 100,000 readers of “BILD am SONNTAG” and “AUTO BILD” selected their personal favourites from among 49 of this year’s new model launches in six categories. The five best in each category travelled to the finals at the Pirelli proving grounds in Balocco (Italy), where they were subjected to extensive test drives conducted by an independent jury comprising automotive experts, racing drivers and prominent figures. In the premium and luxury class the jury voted the S-Class into first place.

As such the readers and jury of experts have paid tribute to the exceptional position of the S-Class, which is viewed by many as the best car in the world and the benchmark for technological progress and luxury travel.

The new S‑Class underpins this claim among other things with a host of innovative safety systems, including one of which even enables partially autonomous following of vehicles in a traffic jam, or MAGIC BODY CONTROL – a system with which the S-Class became the first car in the world to be able to detect road undulations in advance and adjust the suspension accordingly for a level of ride comfort which remains unrivalled to this date.

When it comes to fuel consumption too the luxury saloon shines with figures which a few years ago were still considered utopian in the executive segment. As a result it is the most economical saloon in the luxury segment. Spearheading the efficiency

is the S 500 PLUG-IN HYBRID, which was presented at the International Motor Show in Frankfurt and boasts a fuel consumption of 3.0 litres per 100 kilometres (NEDC), which corresponds to CO2 emissions of 69 grams per kilometre.