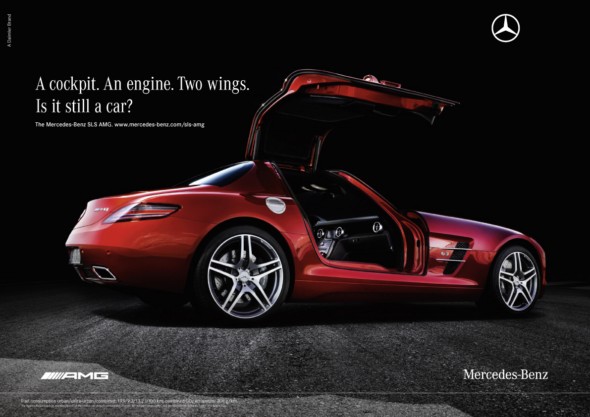 Stuttgart – Pure fascination and high tech at the very highest level: with the new SLS AMG, Mercedes-Benz is completely redefining the speed, driving dynamics and design of the super sports car.

The Mercedes-Benz SLS AMG accelerates from a standstill to 100 km/h in just 3.8 seconds. Constructed primarily from aluminium, it tips the scales at just 1620 kilograms, which equates to 2.84 kilograms per hp – an absolute peak value in the super sports car segment, guaranteeing driving dynamics in a class of their own.

With its gullwing doors, long bonnet and an instrument panel which is reminiscent of an aircraft cockpit, it embodies a powerful and passionate sportiness, coupled with exceptional elegance. The Mercedes-Benz SLS AMG is an invitation to “take off” with all of the senses.

This desire for a completely new driving sensation is also a highlight of the integrated marketing campaign which was launched at the vehicle’s world premiere in September at the International Motor Show (IAA), and is gradually building up to its market introduction in the first quarter of 2010.

The marketing mix comprises all possible communication channels, with online activities in particular playing a key role. “It is immediately obvious that that this is the ultimate and most exciting sports car of all time”, says Anders Sundt Jensen, Head of Brand Communications for Mercedes-Benz Cars. “The campaign is concentrating precisely on those elements which account for the excitement and passion of the Mercedes-Benz SLS AMG: the unique design and the perfect high-performance technology. The underlying theme, “Is it still a car?”, runs through all communication activities and channels.”

The design of the entire campaign is puristic, and features imagery which is both progressive and mildly mystical, but at the same time extremely dynamic. As such print advertising for example, which is being initiated from February 2010, depicts a red Mercedes-Benz SLS AMG striking a powerful pose on grey asphalt against a black backdrop. The visual motif is supported by a brief, meaningful message, such as “Oh Lord …” or “A cockpit. An engine. Two wings. Is it still a car?”, for example. The adverts will appear in daily newspapers and magazines.

The TV advert with Michael Schumacher, the seven-time Formula 1 World Champion and MERCEDES GP PETRONAS driver, tells the story of an unusual experiment: The SLS AMG demonstrates its technical highlights from preparation and test phases to the realisation. The advert will make its debut appearance on 30 January 2010 on all major television channels with a 60-second roadblock, after which it will continue to run as a 45-second spot until the end of March. 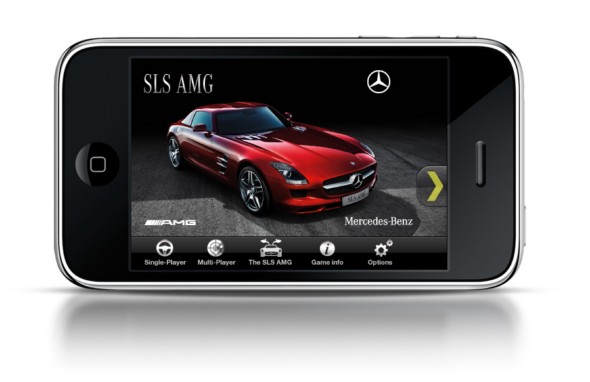 The Mercedes-Benz SLS AMG has already had a presence on the Internet since its world premiere at the International Motor Show with a webspecial at www.mercedes-benz.com/sls-amg , which will now be extended further with the addition of an interactive guided tour of the AMG development plant. In addition, three editions of an online magazine will provide extensive information on the performance (“Milliseconds”), the lightweight construction (“Milligrams”) and the design (“Millimetres”) of the SLS AMG.

The vehicle is also to be found on a variety of social media platforms. For example, Mercedes-Benz has launched a reporter blog at www.sls-amg-reporter.de, where car enthusiast Matthew K. is posting reports, pictures and video clips of his travels as an SLS AMG reporter as he follows the global launch of the new gullwing.

In addition to the reporter blog, Matthew K. is active on Twitter ( http://twitter.com/slsamg ) and Facebook, while fans of the Stuttgart automobile brand will also find that an official fan page on the world premiere of the vehicle has been set up within the Facebook social media community at www.facebook.com/MercedesBenz .

From the start of February 2010, enthusiasts will also be able to enjoy a new iPhone application called “SLS AMG”, which has been designed to give players a taste of the new super sports car via 360° gameplay featuring the iPhone’s innovative “accelerometer” technology. Furthermore, players will have access to several modes: they can either opt to play alone, or demonstrate their driving skills in races against other players from all over the world. The free application will be available for all iPhone models.

On top of all this, the campaign also comprises a variety of additional measures – from trade and dialogue marketing activities, right through to exclusive customer events. A particular highlight of the integrated communication is the new key visual for the international fashion activities of Mercedes-Benz, which was used for the first time during the Mercedes-Benz Fashion Week Berlin in January 2010. British fashion photographer Nick Knight, together with designer Gareth Pugh, has captured the Mercedes-Benz SLS AMG and top model Julia Stegner in some spectacular shots. 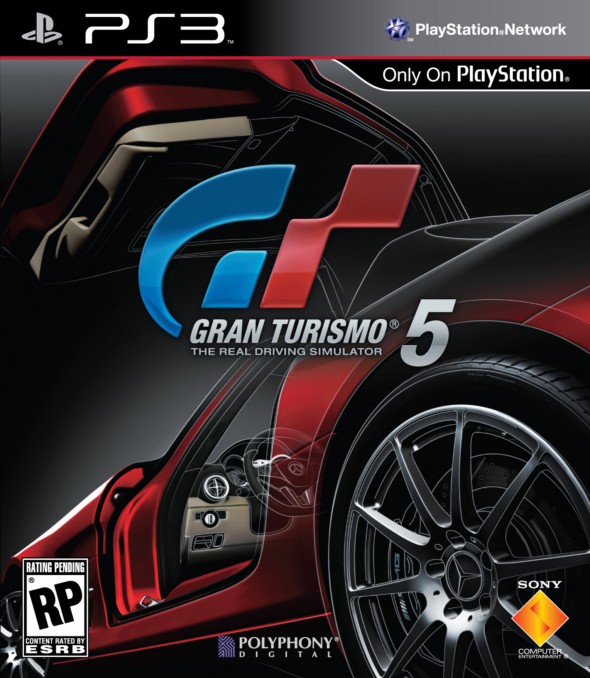 The gull-wing is not only expected to cause a stir on the roads with its breathtaking performance. The SLS AMG is also featured in the latest version of the PlayStation® 3 (PS3™) game Gran Turismo® 5, scheduled for release in 2010. In this new video game, gaming fans and car enthusiasts alike will be able to enjoy an interactive driving experience first hand at the wheel of the new Mercedes-Benz SLS AMG in full HD quality thanks to extremely realistic rendering. 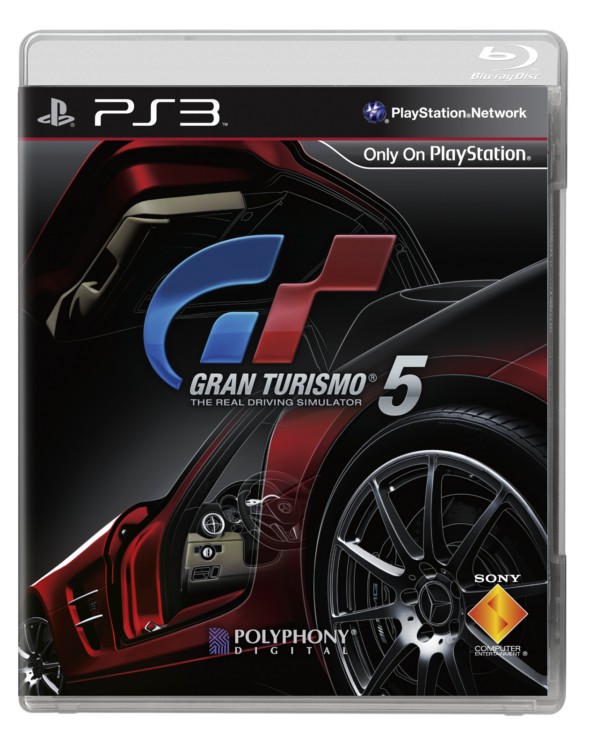 Furthermore, Mercedes-Benz gets to share a special honour: the super sports car will also grace the cover of Gran Turismo® 5 as the first vehicle from a German manufacturer in the history of the game series.

"The best cars of 2010": Double victory for Mercedes-Benz with the E-Class and SLS