Mercedes-Benz customers have the option of combining the COMAND system with LINGUATRONIC, the innovative voice-operated control system. This system sees the Stuttgart-based automobile brand making a further contribution towards improving road safety as it allows drivers to use the car radio or the car phone without taking their hands off the wheel, leaving them to concentrate on the road instead.

All it takes is a couple of words, and the system will automatically search for another station, skip to the next track on the CD or switch to navigation mode. To use the telephone, the driver merely needs to tap the control lever on the steering column and issue the “dial number” command.

The system replies with “Please say the number” and – once the number has been given along with the “dial” command – automatically starts dialling. Furthermore, it is also possible to call up names, numbers or stations from the respective memory locations. 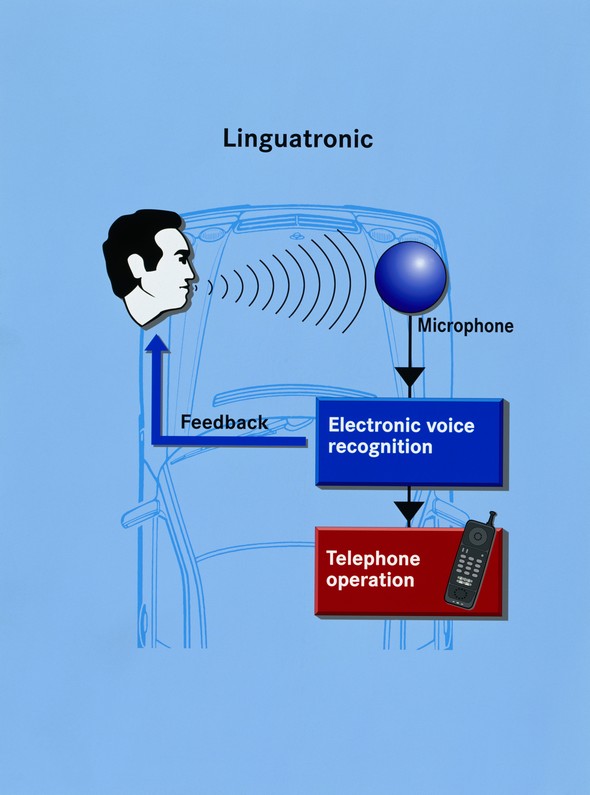 The heart of the LINGUATRONIC system is a piece of software that is programmed with algorithms for speech recognition and peculiarities of human speech. This means that the system can adapt itself to the user’s unique voice, enabling it to understand both standard language and dialects (German).

The LINGUATRONIC system’s vocabulary contains 30 words which are necessary for interactive dialogue between the system and the motorist.

Speech-based operation for car telephone, can also be used to control the navigation and audio systems of e.g. the S-Class W220. 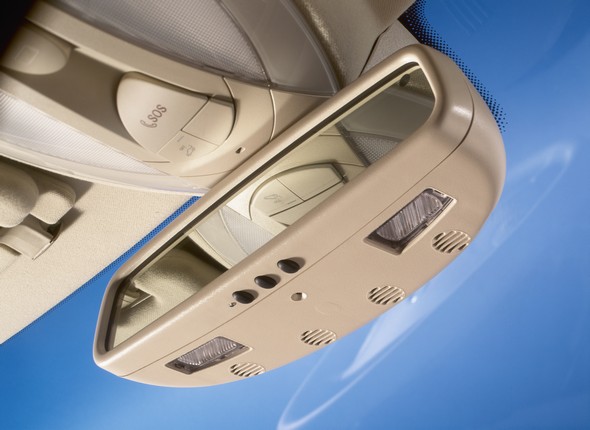 The system receives the driver’s wishes by microphone and then starts up a short interactive dialog. For instance, a pleasant female voice answers the command “dial number” with the request “the number, please”, and after the driver has spoken the phone number and said “dial”, the system automatically starts dialing. In response to the command “CD player” or “CD changer”, music very soon starts to flow from the loudspeakers. 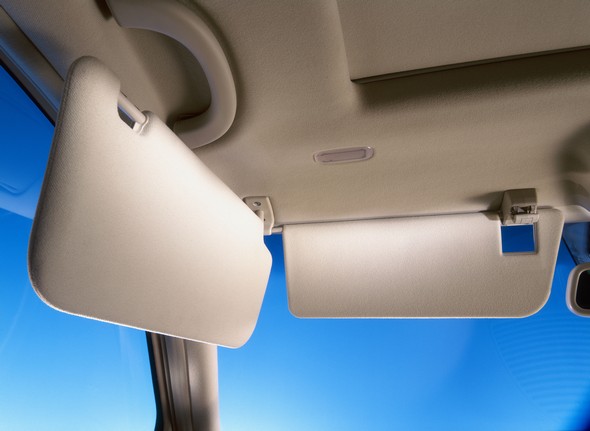 The heart of LINGUATRONIC is a software program which is programmed for picking up algorithms to recognize speech and for the individual characteristics of the human voice. Consequently, the system can adjust itself to the current user’s own voice and can even understand a variety of regional accents in English.

To start off a dialogue with the system, which has a vocabulary of 30 words, the driver just has to flick a special lever on the steering column. First version of Linguatronic was only able to operate the car telephone; second version also operated the audio system.

German automaker Mercedes-Benz has just announced that the latest generation of the Linguatronic voice-operated control system is entering series production with the 2009 E-Klasse. With the help of Linguatronic, the drivers no longer have to take their hands of the wheel to operate the car phone or audio equipment.

The upgraded version of the system means that drivers don’t have to say the town and street name separately as they did before, as they can speak the destination as a single command. Furthermore, the system begins searching the route, only pausing to inquire whether a house number is desired as well, and followed by a verbal confirmation.

According to its developers, Linguatronic has to understand every word, as well as every male or female driver as well, since every person has his or hers own pronunciation tone and speech cadences. Therefore, voices of a dozen female speakers and one male speaker were recorded for the S-Klasse Linguatronic system.

“Voice-operated control is not just about understanding the driver’s wishes, but also about entering a dialogue with him. The system responds in a friendly voice if it has failed to understand something, for example, or if it wants the driver to confirm certain operating commands,” says a Company’s statement.

This new procedure currently works for the following languages and countries:

Destined to allow drivers to access common navigation functions by speaking normally, the in-car speech recognition and voice-operated command and control systems are today featured in many cars. However, Mercedes-Benz was the first automobile brand that introduced such a system on the market, back in 1996 in the S-Klasse, namely the Linguatronic.

Since then, the product has been undergoing several changes and has spread to other brands as well, reflecting the Mercedes-Benz philosophy that safety-enhancing technology should be deployed by everybody. This kind of system is a major contribution to road safety, as drivers are no longer compelled to take their hands off the wheel in order to operate the car phone or equipment and can better focus on traffic.

The first generation speech dialogue Linguatronic system was then only used for voice-operating the car’s mobile phone, including number dialing and storing, user-defined telephone directory entry name, name dialing and directory editing. That was because it only had a vocabulary of 30 speaker-independent words.

The second version of the system, introduced in 2000, had a vocabulary of about 300 words, and further facilitated the use of features such as air conditioning, radio and CD player and changer.

Currently, the latest generation Linguatronic is available for many other languages, it has integrated the navigational system and it has been programmed to recognize about 80,000 towns and 470,000 street names in Germany alone. Therefore, if the first generation system only required a processor with a memory of 512 kilobytes, the current one needs more than 10 megabytes.

Responsible for the basic algorithms which enable the Linguatronic to function is the Speech Understanding Group of DaimlerChrysler Research and Technology center in Ulm, Germany. They are further put into products by the Speech Processing Division of DaimlerChrysler’s TEMIC unit.

These products are marketed exclusively by the Mercedes-Benz brand and only after a certain period of time they become available to other brands and manufacturers. For example, BMW and Audi also feature the speech technology from TEMIC.

During the brief dialogue between the driver and Linguatronic, the sound signal is digitized, converted into a frequency range and finally analyzed. Within milliseconds, the computer extracts various characteristics from the speech signal, namely the smallest sound components of a language.

Based on these components, the control system is then able to detect even the finest nuances in pronunciation and recognize words. Moreover, the German engineers have interposed a special background noise suppression feature that enables voice commands to be well recognized even at higher speeds.

This means that the Linguatronic even works when the roof of a cabriolet or roadster model is open. It does, of course, have some issues with higher speeds.

Characteristics
For the latest version of the Linguatronic, Mercedes-Benz had tried to make it understand every word the driver says, regardless of the gender, as every person has his or hers own pronunciation, tone and individual speech cadences.

And since it was designed to initiate an interactive dialogue and communicate with the driver, the system comes with an ‘after-training’ function as well, which allows the driver to individually adapt the voice recognition to the sound of his/her voice and intonation.

To get to this point, Mercedes-Benz contracted professional male and female speakers. For each language, it took three days to record the words, phrases, numerical sequences and names written on around 100 manuscript pages as the basis for the route guidance and voice operation dialogue. All the takes have been individually saved and encoded.

In the process, the speakers had to use the same intonation throughout, for a natural sound when the system formulates its responses.

According to the Mercedes-Benz specialists there is a difference between the commands with which the car obeys its driver and the language information used for route guidance. When it comes to interacting with drivers and giving them directions, they used primarily female voice, the only exception being Turkey, where drivers reportedly prefer to receive directions from a male voice.

Linguatronic not only understands all town and street names when destinations are entered, but also whole words when selecting a radio station or names from the mobile phone agenda. When the driver speaks the destination, the system searches its electronic memory for the relevant result. If there are similar results available, the display shows a selection.