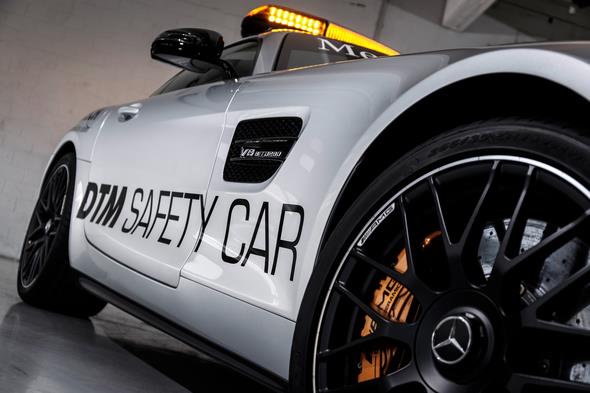 From Formula 1® to the DTM Affalterbach.  A new Safety Car celebrates its DTM premiere: at the second DTM race at the EuroSpeedway Lausitz (29 to 31 May 2015), the Mercedes-AMG GT S is set to be deployed for the very first time.

The new sports car will help to ensure maximum safety on the race track in the world’s most popular touring car series. In technical terms, the 375 kW (510 hp) eight-cylinder sports car is for the most part the same as the series production vehicle – just like its counterpart from the FIA Formula 1 World Championship™, the Official Safety Car. 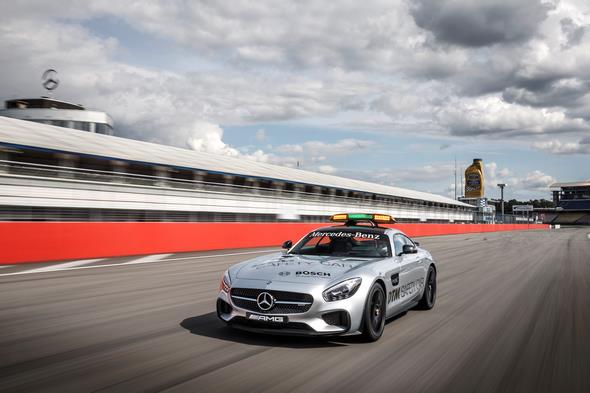 In its road-going guise the Mercedes-AMG GT S has turned heads since its market launch in March 2015 and now the sports car is also taking to the DTM stage.

The new season of the German Touring Car Masters (DTM) got under way during the first weekend of May in Hockenheim. 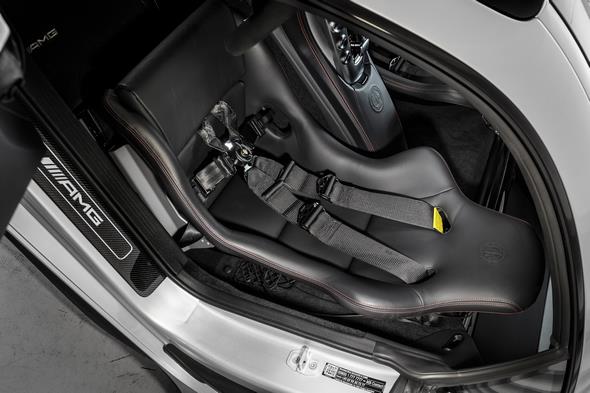 The second DTM race taking place at the EuroSpeedway Lausitz at the end of May will see the Mercedes-AMG GT S make its first appearance as the official Safety Car.

As part of the DTM, the three manufacturers regularly switch their Safety Cars, meaning that the GT S will also be deployed at the fourth race in Zandvoort, Netherlands (10 to 12 July) and at the final race in Hockenheim (16 to 18 October). 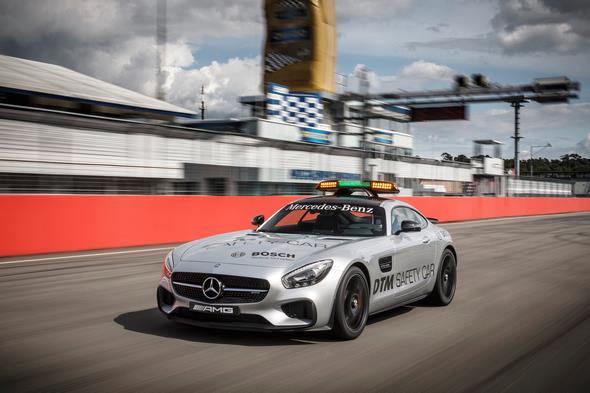 At the wheel of the official Safety Car will be racing driver Jürgen Kastenholz (47). He takes to the track when dangerous situations, such as an accident, extreme weather conditions or other incidents make it necessary for the vehicle to be deployed. 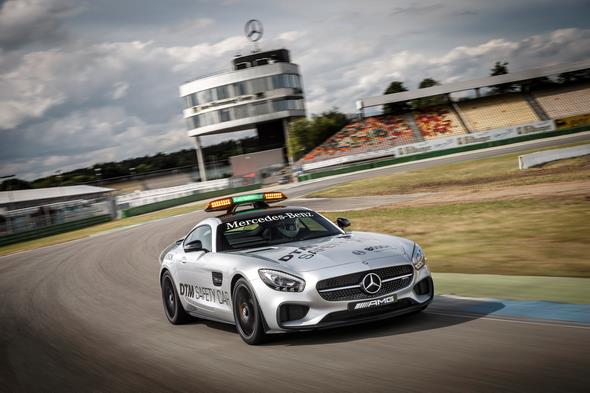 The objective is to achieve maximum safety for the drivers, spectators and track marshals. After receiving a radio message from the race organisers, the Safety Car takes up its position at the head of the DTM field and guides the cars around the track until the normal course of the race can be resumed once more. 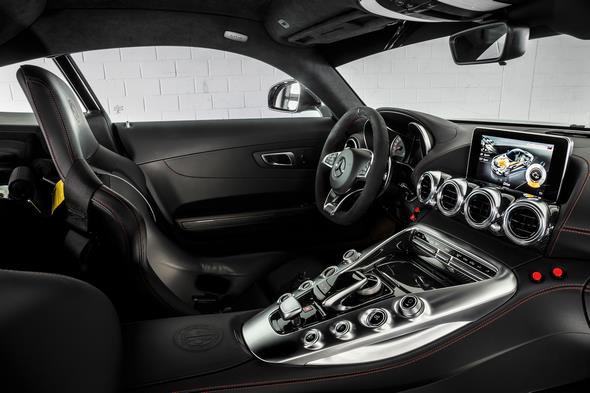 The Mercedes-AMG GT S replaces the previous Safety Car, the C 63 AMG Coupé Black Series, which saw active service in the DTM from 2012 to 2014.

As the second sports car independently developed by Mercedes-AMG, the GT S features a virtually identical configuration to the Official Safety Car being deployed at all of the 19 races of the 2015 Formula 1® season. 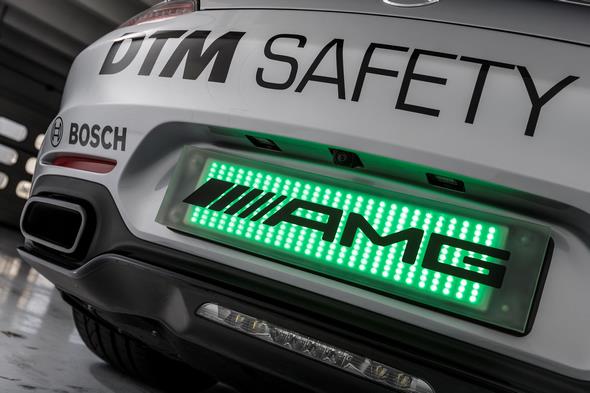 High cornering speeds, dynamic bursts of acceleration and fast lap times – the profile of requirements is a demanding one.

The ultimate goal is to guide the powerful 360 kW (490 hp) DTM touring cars safely around the circuit. In doing so, the Safety Car must not drive too slowly, in order to prevent the tyres and brakes cooling down too much and the engines overheating. 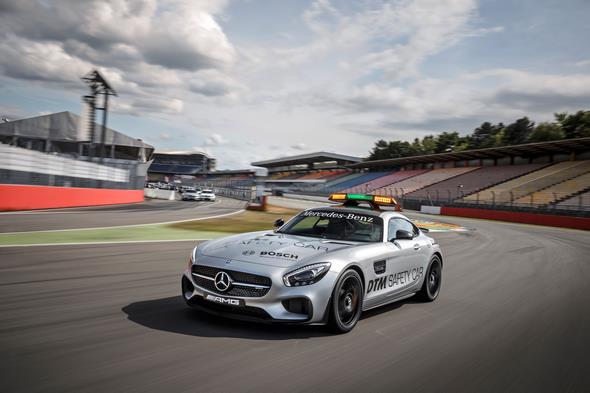 To face up to such a hard job on the race rack the GT S boasts ideal qualifications: the front mid-engine concept with transaxle, the V8 biturbo engine with dry sump lubrication, the dual clutch transmission and the sports suspension with aluminium double-wishbone axles provide the basis for fast laps on the race circuit. 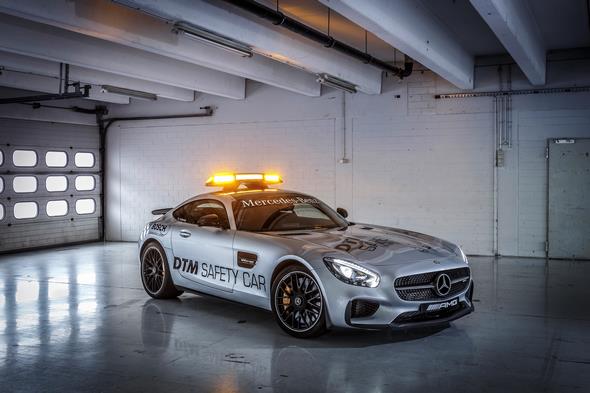 Excellent driving dynamics are innate in the genetic make-up of the Mercedes-AMG GT S: the intelligent aluminium lightweight design guarantees not only a low vehicle weight but also a low centre of gravity for the vehicle and an advantageous weight distribution of 47 to 53 percent between front and rear axle. 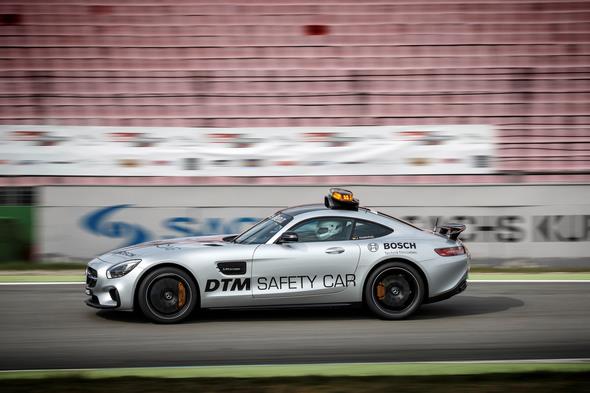 Drivetrain matches that of the GT S road-going version

The drivetrain of the Safety Car is identical to that used on the road-going version of the AMG GT S. With a maximum output of 375 kW (510 hp) and peak torque of 650 Newton metres, the 4.0-litre V8 biturbo engine guarantees high-end performance: the GT S accelerates from a standing start to 100 km/h in 3.8 seconds and attains a maximum speed of 310 km/h.

As music to the ears of the fans in the stands and in front of their TV screens, the GT S is fitted with a modified Performance exhaust system for an even more striking AMG V8 engine sound which is predestined to give spectators goose bumps. 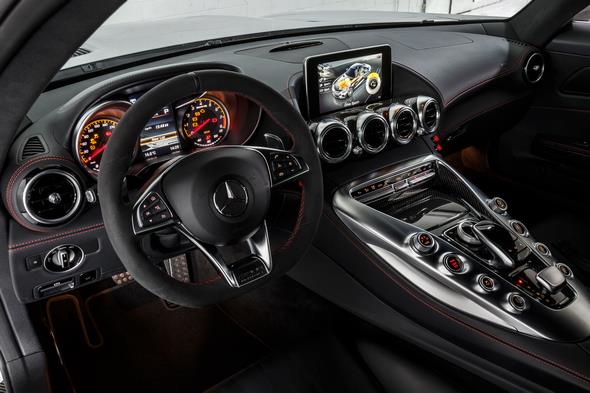 The Mercedes-AMG GT S clearly has race track performance in its genes, as only a small number of modifications were required to transform it into the DTM Safety Car.

The AMG DYNAMIC PLUS package with which the Safety Car is equipped is optionally available to any GT S customer for a further increase in driving dynamics. It comprises dynamic engine and transmission mounts and a specific engine application in “RACE” DYNAMIC SELECT transmission mode and in manual transmission mode “M”. 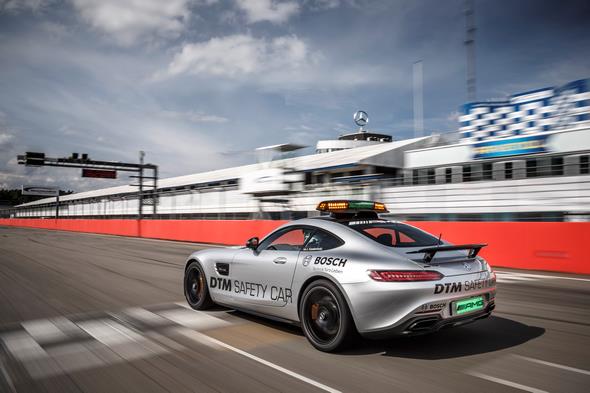 The performance steering wheel in black DINAMICA microfibre and yellow highlights in the instrument cluster round off the AMG DYNAMIC PLUS package. 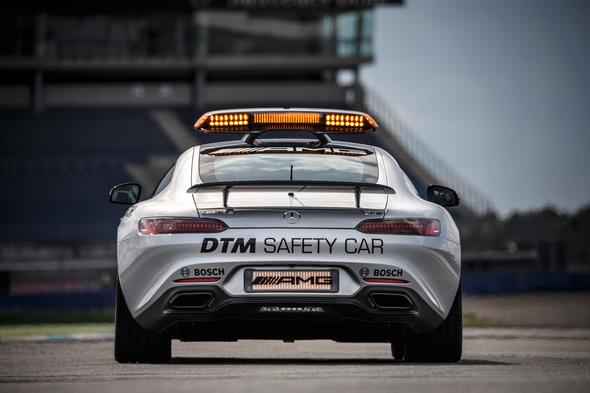 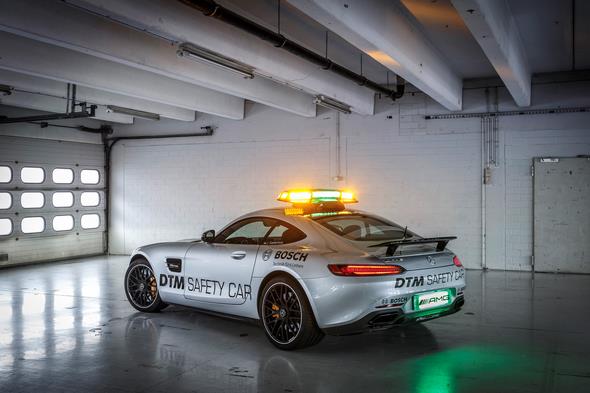 This wheel/tyre combination is also optionally available to customers for the Mercedes-AMG GT and the GT S.

The high-performance ceramic composite braking system is also available as an option for the road-going version of the GT.

In terms of appearance, the Mercedes-AMG GT S Safety Car differs from the series production vehicle above all by virtue of the striking light bar on the roof.

It is positioned on a carbon-fibre air scoop which offers the least possible airstream resistance while at the same time providing for an aerodynamically optimised flow of air towards the fixed rear aerofoil.

The positioning and design of the carbon-fibre air scoop and the light bar are the result of extensive wind tunnel tests. The additional front spoiler as well as the rear aerofoil reduce lift at the front and rear axles. 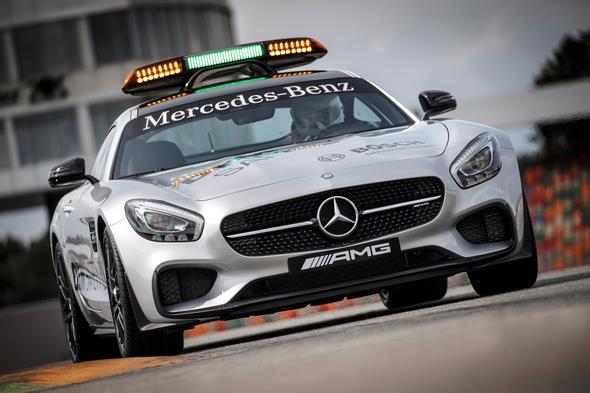 Both form part of the aerodynamics package which is also available for the road vehicle, as fitted to the exclusive “Edition 1” model.

All signalling functions on the light bar are performed by fast-responding, energy-efficient LEDs. Overview of functions:

The special number plate at the rear with Safety Car lettering and orange/green LEDs is synchronised with the light bar and provides for added safety in the dark or in rain.

The headlamps and tail lights perform an additional important signalling function: whenever the Safety Car is on the track, a stroboscopic effect makes the car even more conspicuous.

While Jürgen Kastenholz is fully focused on the race track and keeping an eye on the DTM field in the rear view mirror, his co-driver is in radio contact with the race organisers.

The interior of the GT S otherwise corresponds to that of the production vehicle.