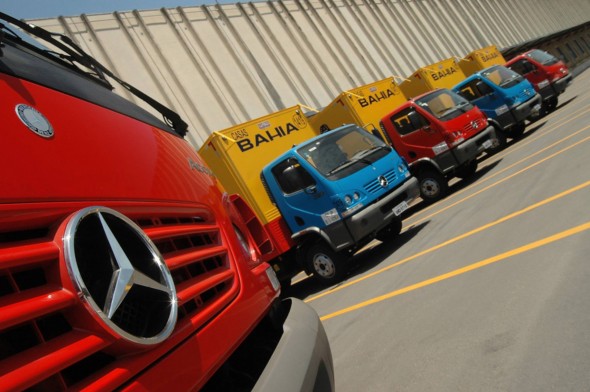 Mercedes-Benz has the broadest product range on the Brazilian commercial vehicle market, where  the brand’s vehicles are well known for their outstanding fuel economy and low operating costs. “The resulting benefit to the truck operator’s bottom line is not the only advantage our customers enjoy, as these vehicles also have an excellent resale value,” says Sales Vice President Joachim Maier.

The purchase of the 380 Accelo 915 C trucks increases the number of this model in the Casas Bahia fleet to 1,400 units. All of these vehicles have a 4,400-mm wheelbase, making them ideal for distribution operations.

“Our vehicles are specially designed for daily delivery operations in urban areas,” says Eclydes Ghedin Coelho, who manages sales to large fleet owners at Mercedes-Benz do Brasil.  “They therefore play a major role in helping Casas Bahia keep its promise to customers that it will deliver products purchased in its stores within 48 hours.”