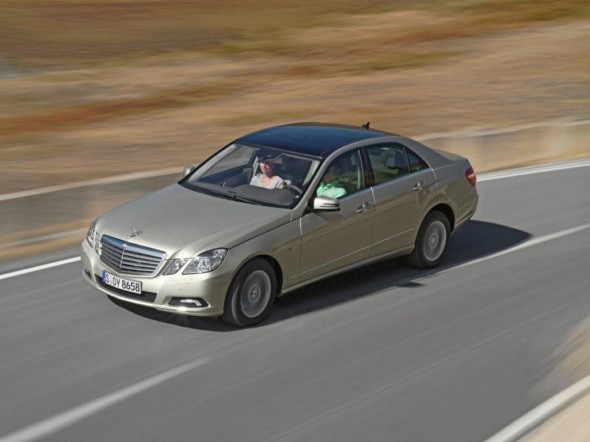 Stuttgart – In January, Mercedes-Benz continued the positive trend of the past few months by posting significant increases in its worldwide sales. A total of 67,000 passenger cars were delivered to customers, 24 percent more than in the previous year (2009: 53,900 vehicles).
Dr. Joachim Schmidt, Executive Vice President Sales and Marketing Mercedes-Benz Cars: “We started the new year successfully with a strong increase in sales. That was due to the large increases in many regions such as North America, Asia/Pacific, and the BRIC countries, as well as the continuing success of our new E- and S-Class. In the coming weeks we will be building on this excellent start. We expect to see significant growth in the first quarter.”

An additional boost will be provided by the full availability of the E-Class family. Orders are being accepted for the new convertible since January 11, 2010. The customer response has been excellent. The new Mercedes-Benz SLS AMG is also very popular, with the customer response considerably exceeding expectations. Deliveries of both new products in Western Europe will start at the end of March.
Mercedes-Benz continued to develop dynamically in the markets in January, especially in China, where it posted a new record: Customer deliveries there totaled 8,300 units, more than double the figure posted in January 2009 (2009: 3,400). This means that Mercedes-Benz continues to grow faster than its competitors in the premium segment. In January, Mercedes-Benz was also very successful in Japan (plus 11 percent), Australia (plus 50 percent), South Korea (plus 238 percent), and South Africa (plus 12 percent). New records were set for sales in January in the BRIC countries India (plus 213 percent) and Russia (plus 17 percent). Mercedes-Benz also significantly increased its sales in Brazil (29 percent).
In the U.S., Mercedes-Benz was the fastest-growing premium brand in January and significantly increased its market share. With a market share of 2.1 percent, Mercedes-Benz is the market leader among German premium brands. Its passenger car sales increased by 40 percent to 14,700 units (2009: 10,500 units). Meanwhile, Mercedes-Benz also posted a sales record in Canada in January, delivering 1,600 passenger vehicles to customers

(January 2009: 1,200) for an increase of 34 percent.
Sales in January were particularly affected in Western Europe by the down time at the production plants and customer centers in Germany. The Mercedes-Benz brand sold 9,300 passenger vehicles in the German market (January 2009: 11,300, minus 18 percent). At 18,600 units, sales in the other countries of Western Europe were ten percent higher than in the same month of last year (January 2009: 16,900). Mercedes-Benz posted big gains in the UK (plus 18 percent), France (plus seven percent), Spain (plus 24 percent), Switzerland (plus 30 percent), Portugal (plus 44 percent), and Sweden (plus 43 percent).

The new E-Class continued to do very well. The sedan doubled its worldwide deliveries to 13,900 units. The vehicle posted great gains in almost all markets, including the U.S., where sales more than doubled to 3,800 units, as well as in Germany (1,200 units/plus 66 percent) and China. In China, deliveries were four times higher than in the same month of last year, amounting to 2,300 units. The new-generation S-Class also recorded strong growth in January, with worldwide deliveries increasing by 50 percent to 4.300 units. A total of 1,300 S-Class vehicles were delivered to customers last month in China, representing a 46 percent increase over the same month of last year. Vehicle sales were also up sharply in the United States (plus 57 percent) and Germany (plus 75 percent) last month.

The other Mercedes-Benz model series were also successful in January, with sales of the C-Class sedan rising by eleven percent to 15,000 units, thus once again confirming the vehicle’s market leadership. In its largest market, the U.S., the C-Class saw sales rise by 33 percent in January, to 4,000 units. In China, meanwhile, deliveries doubled to 1,700 units. Mercedes-Benz boosted sales in the SUV segment by 20 percent to 12,600 units. Sales of the GLK grew at a double-digit rate in many Western European markets, and the vehicle was once again far ahead of its main competitors in the U.S.. The M-, GL-, and G-Class SUVs also posted double-digit gains in the U.S. in January.
A total of 5,600 (January 2009: 8,300) smart fortwos were sold in January (minus 33 percent). The company expects sales of the smart brand to get a boost particularly from the market launch of the new-generation smart fortwo, which will start in the third quarter of 2010.

Better late than never they say: