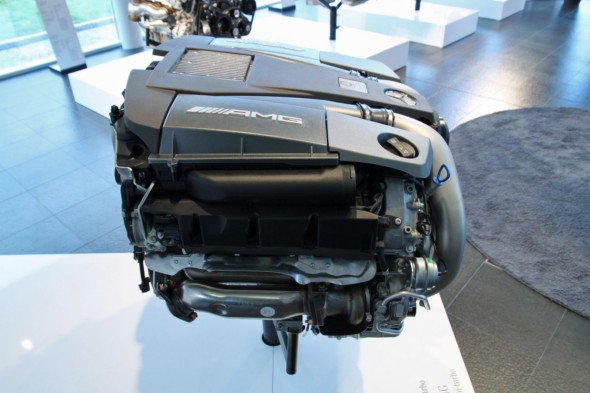 The AMG arm of Mercedes-Benz introduced its latest engine here today at its headquarters in Affalterbach, Germany. The new engine is a 5.5-liter direct injection twin-turbo V8 and it will eventually replace the current 6.2-liter normally-aspirated V8 throughout the lineup. AMG vehicles equipped with the new engine will still be referred to as “63s” though because Mercedes likes the sound of it. 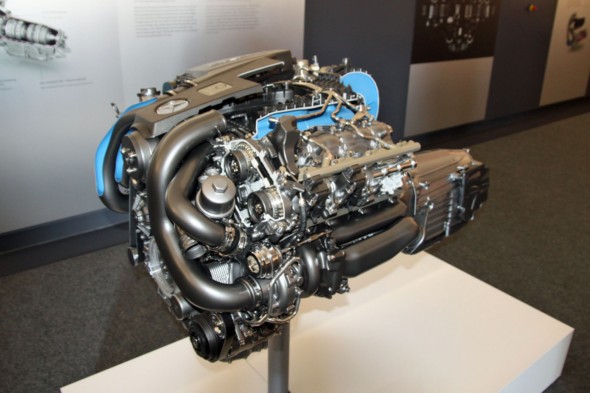 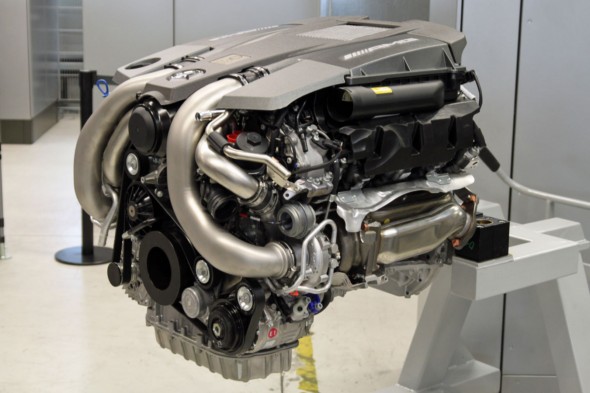 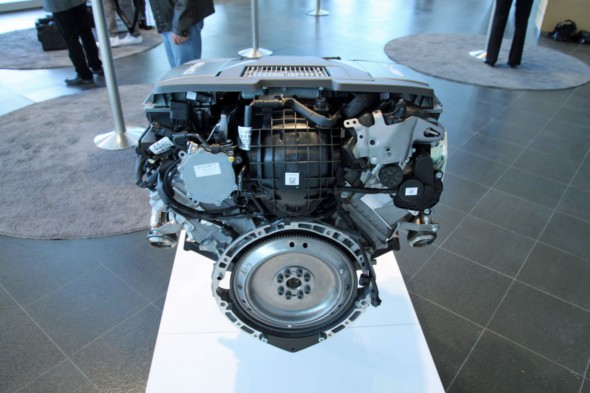 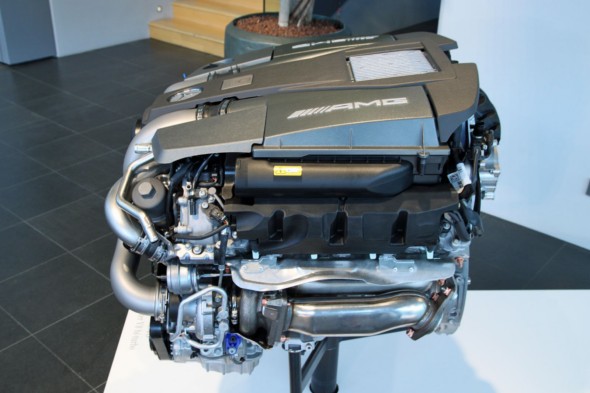 Like the current E63 and SL63, the new S63 will use Mercedes’ latest MCT Sportshift seven-speed automatic transmission. 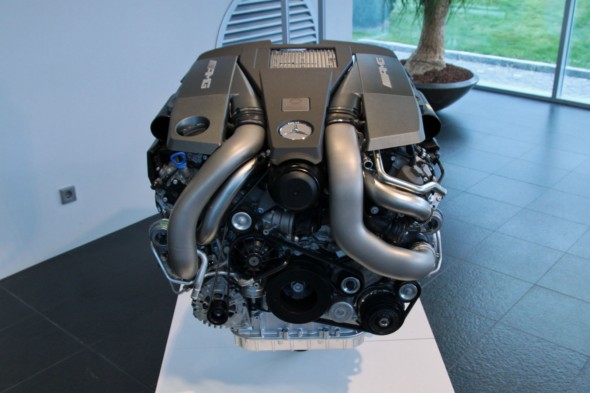 According to Mercedes, the S63 AMG will go from 0 to 60mph in 4.5 seconds in standard tune and a tenth quicker with the Performance Pack. The M157, as it’s known internally, weighs slightly more than its predecessor (450 lbs. vs. 438), but fuel efficiency is way up. Mercedes says the S63 AMG will get up to 23.5 mpg on the highway, a 25% improvement.  A stop/start feature is one reason for the increased efficiency. 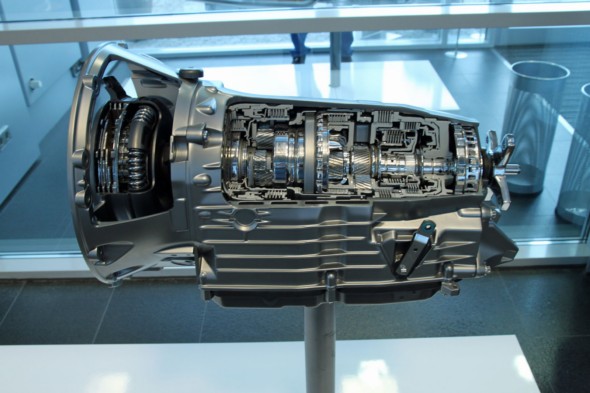