For the past year is namely the Mercedes E-Class an option when the police authorities in the country to order new cars. All because of the dogs …

When Swedish police touring for dog patrols got new body as it led to problems for the dogs. – It was simply difficult for a large German shepherd to fit in the new design, said Peter Holmstrom, Deputy Head of the police dog unit in the county. 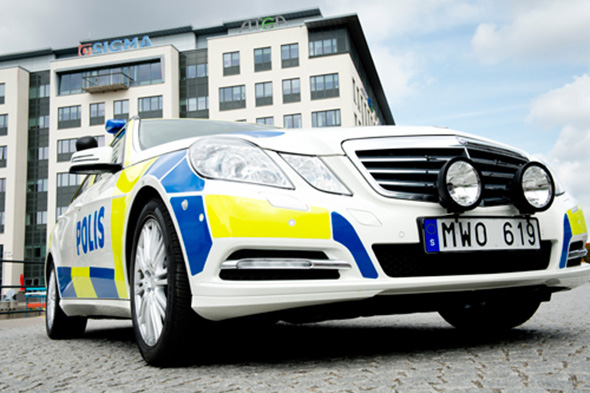 When looking at what the market had to offer with more space appeared to gaze at the Mercedes E-Class sedan with 4MATIC all-wheel drive. Triplicate with 350 CDI engine of 265 hp has so far purchased by Peters department and the drivers are very happy. 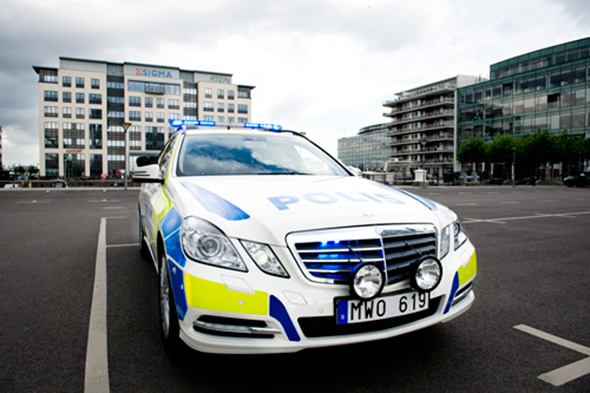 – Handling, comfort and performance is very good. – Even if it is in the emergency speed of maybe 100 miles per hour, there is power to drag on. – There have been some problems with ventilation and heat in the dog cage, but it is something we are currently solve with the company that built the cars for us.

Building on a standard car to policedogtransport for police costs about SEK 200 000 no matter what model it is assumed. This means that the price difference in percentage between two standard cars in different price range will be lower when the cars are ready equipped. 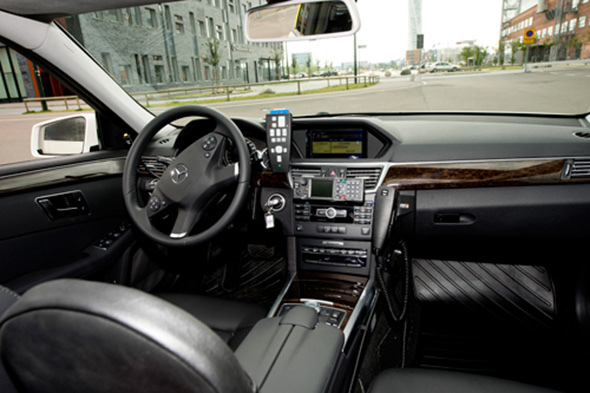 – A Mercedes E 350 4MATIC costs while slightly more than some other cars, says Mats Johansson at Mercedes-Benz. – But the car’s purchase price is a small part of the total cost of a patrol car during lifetime. And this is what the police use in their calculations. Now we are with the National Police Agency “shopping list”. However, it is the case of fierce competition for each car purchase.

In total, more than 20 E-Class have been delivered before the year is over. Both the dog trucks, patrol cars and civilian vehicles. Besides the E-Class rolls already a large number of Mercedes Sprinter, Vito and Viano vans in police colors. Both the traffic departments, which lead vehicle and riot vehicles. 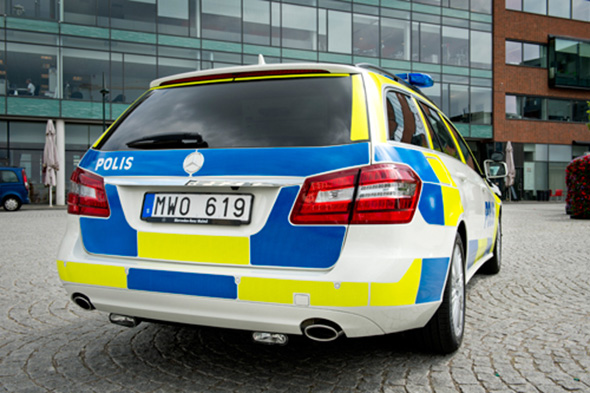 – We have a long relationship with the police and we know how their reality looks like. It is a big plus!

The A-Class for driving schools