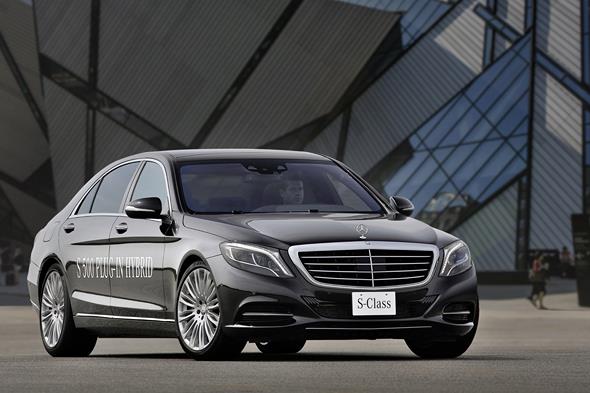 Stuttgart/Frankfurt.  The third hybrid model of the new S-Class, the S 500 PLUG-IN HYBRID, sets new benchmarks with regard to efficiency as well as drive-system and climate comfort. With 69 g CO2 per kilometre (3 litres/100 km) the S-Class sets a new benchmark for luxury saloons that just a few years ago was thought virtually impossible.

The 80-kW electric drive with externally rechargeable battery makes emission-free driving for about 30 km possible. It is combined with the new 3.0-litre V6 turbocharged engine. Mercedes-Benz will present the S 500 PLUG-IN HYBRID at the Frankfurt Motor Show (IAA). The market launch will be next year.

The S 400 HYBRID was the first in the world to feature a standard-specification hybrid drive system with lithium-ion battery in 2009. With the new S-Class Mercedes-Benz expands the hybrid line-up in this model series to three models: the S 400 HYBRID, S 300 BlueTEC HYBRID and S 500 PLUG-IN HYBRID. 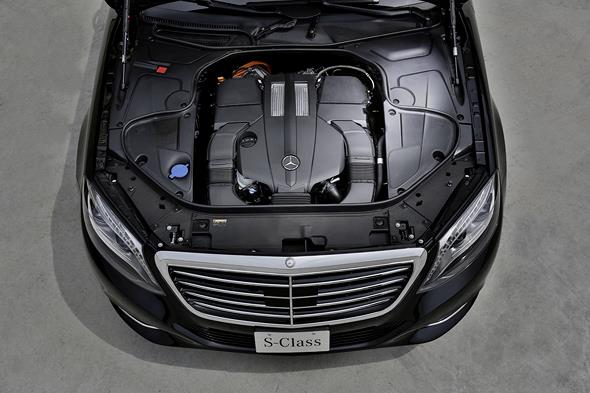 All second-generation hybrid drive systems share the seamless integration into the powertrain. The combustion engine can be completely decoupled from the electric motor. Further features are the second-generation recuperative braking system and the anticipatory Intelligent HYBRID energy management system.

“With the S 500 PLUG-IN HYBRID Mercedes-Benz sets another milestone on the road to emission-free mobility on the basis of our modular hybrid matrix”, explains Prof Dr Thomas Weber, responsible on the Daimler Board of Management for Group Research and Head of Mercedes-Benz Cars Product Engineering.

“In this way the S-Class turns into a genuine three-litre car with generous space and superlative drive-system comfort.”

While the batteries of the S 400 HYBRID and S 300 BlueTEC HYBRID as autonomous hybrids are charged during braking or coasting or by the combustion engine, the new high-voltage lithium-ion battery of the S 500 PLUG-IN HYBRID has ten times the energy content and offers the option of being recharged from an external source with a charging socket located on the right side of the rear bumper. With the help of the electric synchronous motor (80 kW/340 Nm) the S-Class can thus drive for up to around 30 kilometres on electric power alone. 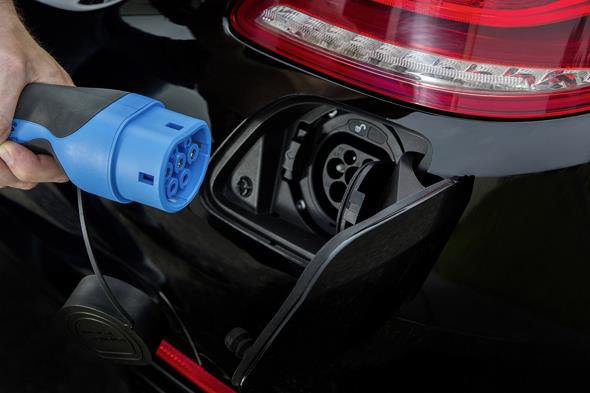 Four hybrid operating modes can be selected at the push of a button:

Under the conditions specified by the certification rules the S-Class as a full hybrid generates 69 g CO2 per kilometre. With consumption equivalent to 3 litres per 100 kilometres the S-Class sets a new benchmark for luxury saloons that just a few years ago was thought virtually impossible. It delivers these top values without restrictions in power, passenger comfort or operating range and offers a high level of climate comfort thanks to the pre-entry climate control functions.

The most important benchmark data of the S 500 PLUG-IN HYBRID: 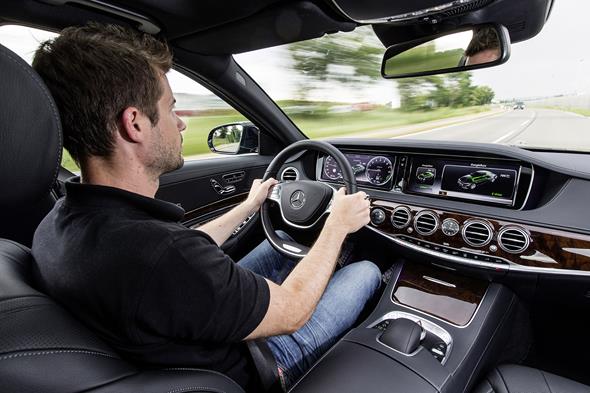 The second-generation S-Class hybrids feature an anticipatory energy management system and thereby improve energy efficiency. The operating strategy of the hybrid drive system not only accounts for the current driving condition and driver input, but also adjusts to the likely route (inclines, downhill stretches, bends or speed limits) for the next eight kilometres.

Intelligent HYBRID uses the navigation data from COMAND Online to manage the charging and discharging of the high-voltage battery. The goal is, for example, to use the energy content of the battery for propulsion ahead of a downhill stretch in order to recharge it while going downhill using recuperation.

The largest potential for lowering the energy consumption of hybrid drive systems lies in maximising energy recovery during coasting and braking. Upon depressing the brake pedal the deceleration is initially effected by the electric motor and not by the disc brakes. 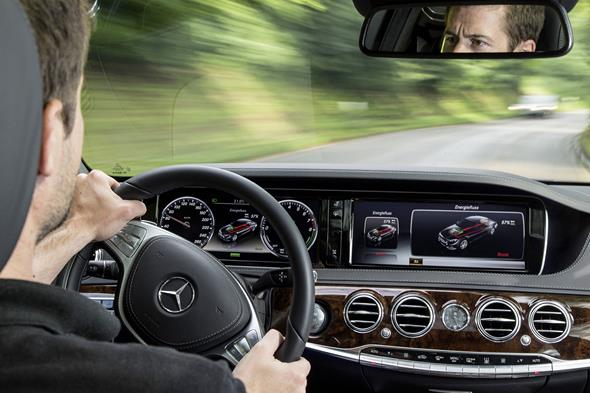 The new S-Class is the first to use a recuperative braking system (RBS) of the second generation. It ensures an unnoticeable overlapping of the conventional mechanical brakes and the electric braking performance of the electric motor in alternator mode.

The driver’s desired braking power is recorded by a pedal-travel sensor. The deceleration is dependent on the driving condition and is split into a recuperative brake-force portion and a portion to be supplied by the wheel brakes. The brake pressure on the rear axle is controlled by the RBS dependent on the current recuperation potential of the powertrain.

In addition, the combustion engine is switched off any time the vehicle is coasting and its drag torque when rolling is used by the electric motor as recuperation torque. However, without depressing the brake pedal no additional deceleration torque is provided for charging the battery and the vehicle can “sail”.

The combustion engine is to be used for charging the battery as little as possible and only at suitable and most efficient operating points. 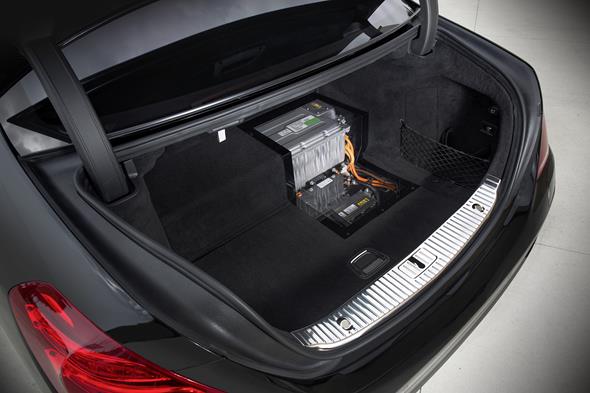 Hybrid pioneer in the luxury segment

The world’s first standard-specification hybrid drive with lithium-ion battery debuted at Mercedes-Benz as early as 2009: the S 400 HYBRID was the most fuel-efficient petrol-powered luxury saloon for a long time. And the most successful hybrid in its segment: some 20,000 buyers worldwide opted for the S 400 HYBRID.

With the new S-Class Mercedes-Benz now continues its comprehensive hybrid offensive. In the S 400 HYBRID and S 300 BlueTEC HYBRID there are already two hybrids of the new S-Class to choose from:

The Mercedes‑Benz S‑Class: automobile comfort of the highest standard