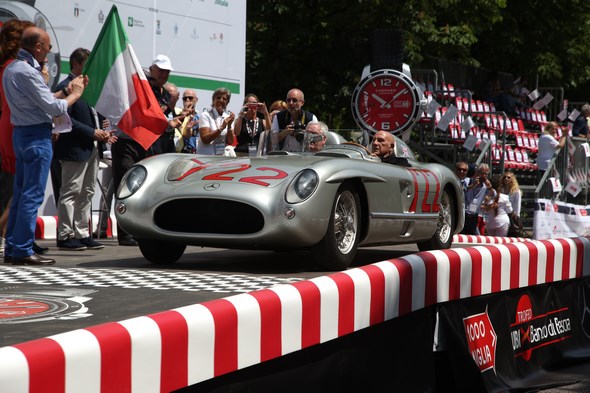 The Mille Miglia 2016 will take place from 19 to 22 May 2016. Mercedes-Benz is supporting the prestigious and famous road race across Italy as Automotive Sponsor.

The brand itself is fielding numerous vehicles from its own collection in the 1,000-mile race, including the Mercedes-Benz SS, SSK and 300 SL models.

A 190 SL will also be participating for the first time in the revived Mille Miglia.Original documents confirm that such a model also took part in the original event in 1956.

Stuttgart. – Mercedes-Benz and the Mille Miglia are inseparably linked. The list of historic triumphs includes the win by Rudolf Caracciola and Wilhelm Sebastian in an SSKL in 1931 – the first victory by a non-Italian driver – and the record run by Stirling Moss and Denis Jenkinson on board a 300 SLR in 1955. At the Mille Miglia 2016 Mercedes-Benz will be on hand at the start and finish as well as along the route in its capacity as Automotive Sponsor.

And it will be in the running itself, too – the list of vehicles is truly mouth-watering: The SS and SSK models will represent the era of the supercharged sports cars of the 1920s and 1930s. 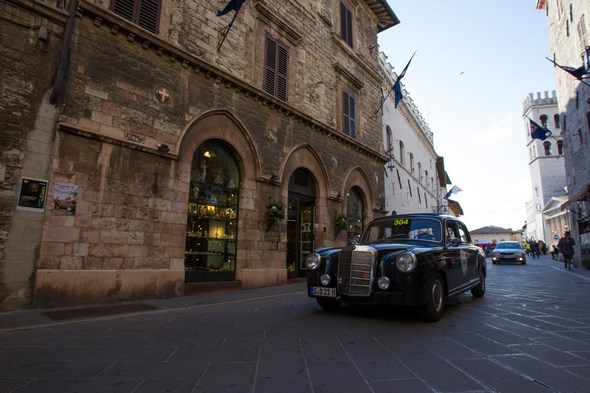 The French team Michel Bianco / Jean Loup Pellecuer with starting number 347 came in 121st back then, after a driving time of 16 hours, 6 minutes and 15 seconds. 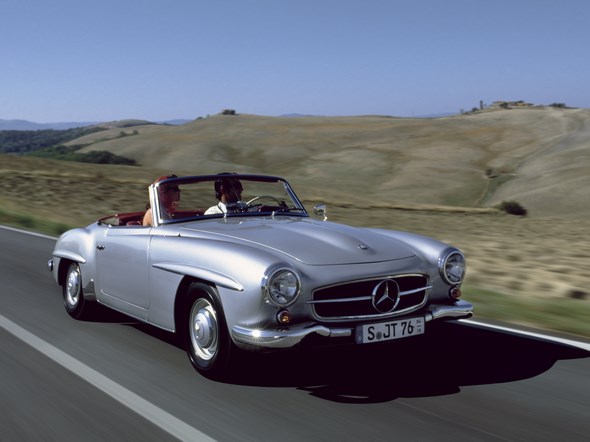 A maximum of 60 vehicles will be competing. All Mercedes-Benz SLs, vehicles from Mercedes-AMG and AMG, special and concept vehicles of outstanding technical or historic significance and all Mercedes-Benz cars built before 1986 are eligible – with the exception of those vehicles which have been approved for the Mille Miglia. 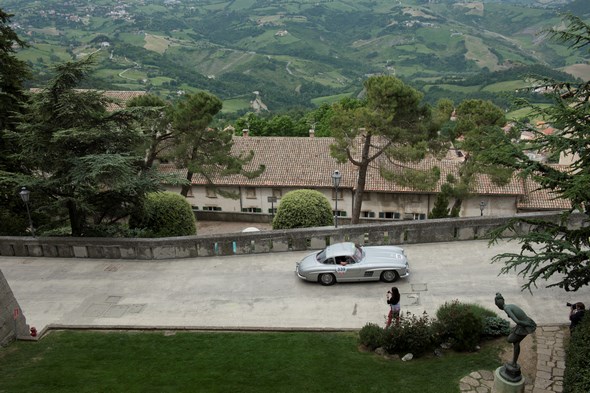 Today’s Mille Miglia is a reliability trial.The route is based on the historical course of the race, leading as then from Brescia to Rome and back.

Demanding special stages await the participants and their classic vehicles along the 1,000 miles (around 1,600 kilometres).

The diesel future begins in the Mercedes-Benz E-Class

Mercedes-Benz Classic at the Salon Rétromobile 2016