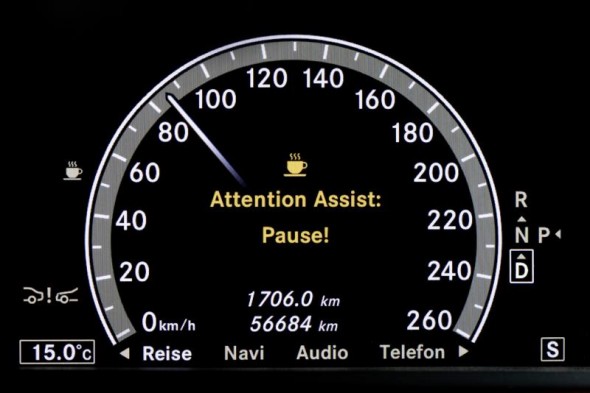 Overtiredness is one of the most frequent accident causes in holiday traffic Mercedes-Benz to introduce Attention Assist into series production in spring 2009 Accident researchers at Mercedes-Benz are acutely aware of the
danger in nodding off at the wheel (the “one-second nap”).

In the view of these specialists, long holiday journeys without intermediate breaks involve a high risk of overtiredness, whose signs drivers often fail to notice in time.
For this reason Mercedes-Benz has developed the innovative driver support system Attention Assist. This is able to recognise driver fatigue at an early stage, and warn the driver that a break is called for soon.

Scientific studies indicate that around 25 percent of all serious accidents occurring on motorways are caused by overtired drivers.

In other words, this accident cause is of even more significance than driving under the influence of alcohol. During long-distance journeys in the dark, or under unchanging conditions at a constant cruising speed, the risk of the “one-second nap” is greatest because the driver’s attention lapses and monotony increases the danger of falling asleep even further.

Studies have shown that the reaction times of drivers can be 50 percent longer after only four hours of non-stop driving.

The risk of an accident is doubled after this length of time, and after six hours of driving it is no less than eight times as high. 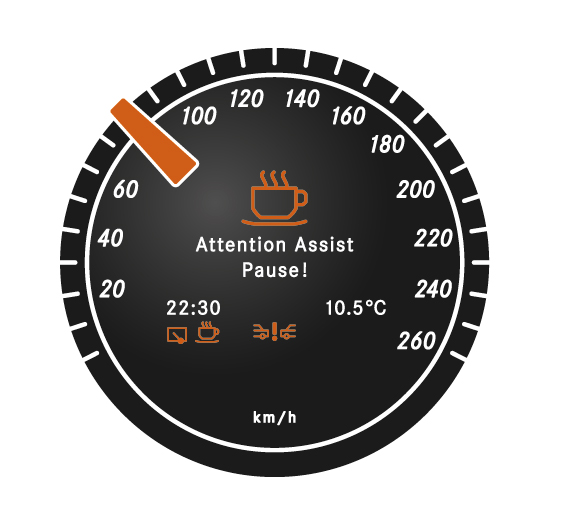 With the newly developed Attention Assist, Mercedes-Benz is continuing its practically-oriented commitment to accident prevention as already demonstrated by e.g. the Electronic Stability Program (ESP) and Brake Assist, which have already led to a measurable improvement in traffic safety.

Attention Assist monitors the driving behaviour of the driver, generating an individual driver profile which is constantly compared to a flow of sensor data.

Continuous monitoring is important, so that the system can recognise the driver’s transition from alertness to drowsiness and warn him in good time. 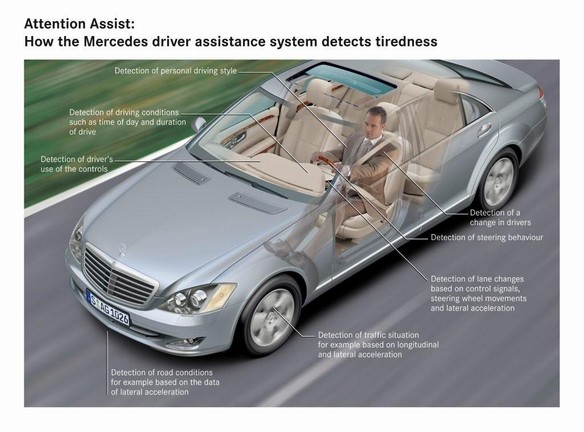 Steering characteristics as the most important indicator of fatigue In addition to the vehicle speed and linear/lateral acceleration, the Mercedes system also registers e.g. steering wheel movements, indicator and pedal operation, plus a number of specific control operations and external influences such as side winds or uneven road surfaces.

Monitoring the driver’s steering behaviour has proved to be particularly relevant, as an overtired driver has difficulty in keeping the vehicle precisely on track.

He makes minor steering errors which are often quickly corrected in a characteristic manner. Intensive tests by Mercedes engineers involving more than 550 male and female drivers have shown that this effect already commences during an early phase of the onset of fatigue usually before the highly dangerous “one-second nap”. 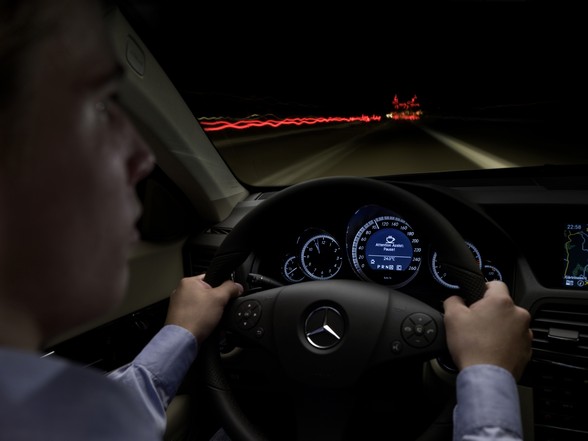 The heart of the Mercedes system is an extremely sensitive sensor that enables the steering movements and their speed to be monitored very precisely.

During the first few minutes of each journey, Attention Assist uses these data to compile an individual driver behaviour pattern which is constantly compared with the current steering behaviour and driving situation by the onboard electronic control unit.

This enables the system to recognise the typical signs of overtiredness and warn the driver accordingly. This is done by an acoustic signal and a display in the instrument cluster with the clear-cut advice: “Attention Assist. Break!” 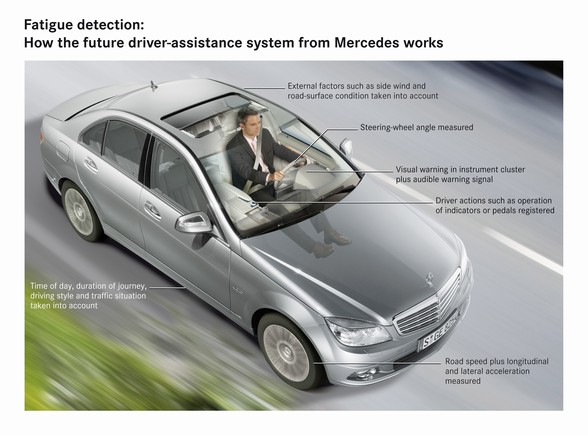