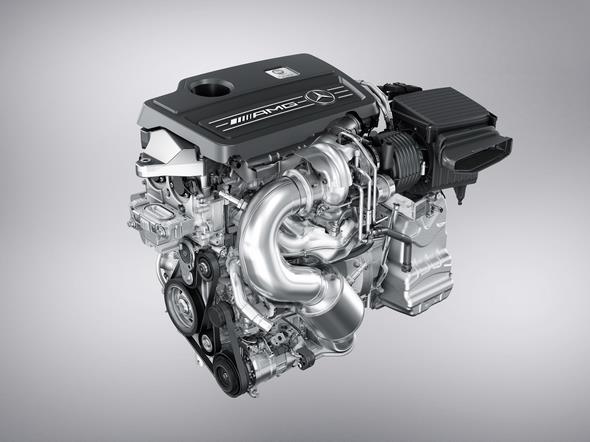 Stuttgart/Affalterbach.  At the “Engine of the Year Awards 2015”, Mercedes-AMG has taken another title with its 2-litre four-cylinder turbo engine.

In the “1.8-litre to 2-litre” category, the high-performance engine was able to triumph over its top-level competitors. The award was presented today at the “Engine Expo” show in Stuttgart.

With another win in the 1.8-litre to 2-litre power category at the Engine of the Year Awards 2015, Mercedes-AMG has once again demonstrated its expertise in the development and production of high-performance engines which do justice to the motorsport genes of the brand.

Awarded annually since 1999 by British automotive publisher UKIP Media & Events, the “International Engine of the Year Awards” number among the most renowned prizes in the automotive sector.

An independent jury of 65 motoring journalists from 31 countries selected this year’s best engines in 12 categories.