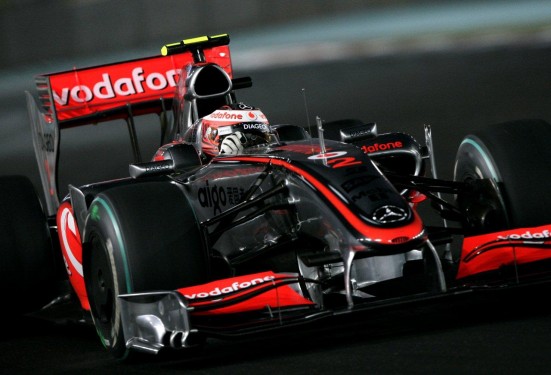 HEIKKI KOVALAINEN
After being relegated to 18th on the grid with a gearbox problem in qualifying, Heikki made an impressive start, getting away perfectly and diving down the inside at Turn One to move up five places by the end of lap one. From there, he began a race-long duel with Kimi Raikkonen, pushing his countryman hard for the first half of the grand prix, rising as high as fifth and then jumping him after making his sole pitstop, on lap 32. Despite establishing a narrow cushion over the Ferrari, Heikki was forced to push for the remainder of the race after his KERS stopped functioning. Nonetheless, today’s result assures Vodafone McLaren Mercedes of third place in the constructors’ championship, one point ahead of Ferrari. Heikki said: “I got a really good start and managed to overtake some cars. Unfortunately, the performance of my car was not as I’d have liked, and the heavy fuel load made it harder to make greater progress – but I was fighting right until the last corner. “After my pitstop, my KERS stopped working, which meant I had to adapt the car to perform well without it. Still, after this race we can reflect on our overall season and look at what a great job we did to secure third position in the constructors’ championship. “That was thanks to an incredible team effort. We never gave up, and really turned the tables around. And I’m extremely proud to be a part of the team that beat Ferrari in the constructors’ championship for the first time since 2005.” 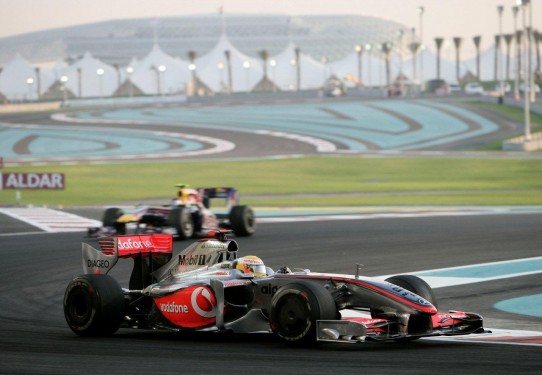 LEWIS HAMILTON
Starting from pole position, Lewis began steadily to build a cushion over second-placed Sebastian Vettel, setting six consecutive fastest race laps as he established a lead of almost two seconds over the Red Bull Racing driver. His progress, however, was not to last: Lewis began to encounter braking issues – a problem that caused him to out-brake himself and run wide at Turn 17, losing half of his advantage. A couple of laps later, the problem became more apparent: he was suffering from unusually high pad wear on his right-rear wheel. Despite his engineers attempting to cope with the issue by putting Lewis into a brake-conservation mode, the wear-rate refused to drop off, and a decision was promptly made to bring him into the pits rather than risk imminent brake failure. The team will thoroughly investigate the cause of the issue – but initial analysis suggests this was a one-off incidence of a faulty pad. After stopping, Lewis said: “I had a good start, but I realised early on that something wasn’t right with the brakes. After three or four laps, it became clear that there was a problem with my right-rear brake pad, so I couldn’t open up the gap back to Sebastian and Mark [Webber].
“When the problem got worse, the team radioed me and told me to stop at the end of the lap. Of course, it’s a shame that we couldn’t show the performance we’d had throughout the weekend – but sometimes that’s racing. “However, I think we can be really proud of our efforts: who’d have thought we’d finish third in the constructors’ championship at the start of this season? It’s been an incredible year, and now I can’t wait for next season to start so I can fight for the world championship again.”

MARTIN WHITMARSH Team principal, Vodafone McLaren Mercedes
“Lewis drove absolutely superbly all weekend – in fact he drove absolutely superbly all year. “Today, though, after just five laps, his right rear brake pad began to show signs of an unusual level of wear – a rogue pad, we think – and as a result we had to stop him for safety reasons. That was an enormous pity, because up to that point he’d shown blistering pace every day here in Abu Dhabi. “In many ways, therefore, for us, today’s race was a disappointing end to a challenging season – but, overall, there are plenty of reasons to be cheerful about it. The team has worked tremendously hard all year to improve MP4-24, which started the year as one of the slower cars but ended it with two fine wins and a string of impressive points-scoring finishes, culminating in a dominant pole position here yesterday. And Mercedes-Benz’s engines have been excellent all year. “But perhaps more important still is that work on MP4-25 is already going very encouragingly – it’s already quicker than MP4-24 – and there’s every reason for us to be confident that we’ll be able to continue to develop and improve it significantly between now and the beginning of the 2010 season. “Returning to this weekend, though, yet again Heikki was the undeserved victim of bad luck. His qualifying was spoiled through no fault of his own and as a result he lined up 18th for today’s race. He made a fantastic start – displaying a perfect combination of aggression and discipline – and passed Kimi at the first pitstops as a result, just as we’d hoped he would. Thereafter he stayed ahead of Kimi – which wasn’t strictly necessary from a points-scoring point of view but gave us the comfort we needed in terms of the constructors’ championship – and then adapted extremely well to the performance and balance compromises forced upon him by a mid-race KERS failure. “Talking of the constructors’ championship, the fact that we beat Ferrari to third place is of course a matter of pride to us, and I want to pay tribute to all at Vodafone McLaren Mercedes for the superhuman efforts they all made in achieving that milestone. Ferrari are always formidable opponents for us, and next year we hope to beat them again – this time for first place rather than third. “Last of all, I want to say what a wonderful event the inaugural Abu Dhabi Grand Prix was. Equally, we’re all very much looking forward to returning to this part of the world in March next year, to kick off the 2010 season in equally fine style in Bahrain.” 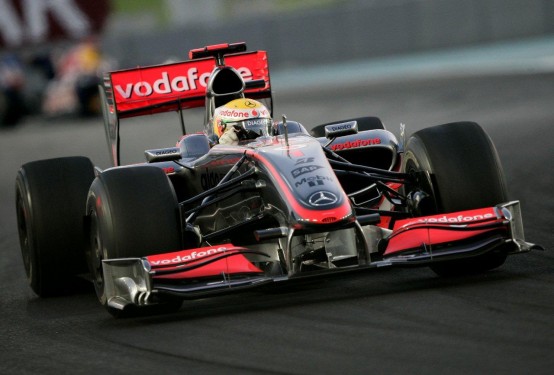 NORBERT HAUG Vice-president, Mercedes-Benz Motorsport “This inaugural Grand Prix in Abu Dhabi was a great venue to finish this remarkable 2009 season. “A shame for Lewis, who drove fantastically the whole weekend and then had to stop due to a brake pad problem – he was the class of the field on Friday and Saturday, as his remarkable qualifying lap proved yesterday. Heikki suffered from starting 18th after a gearbox change, and, during the race, his KERS Hybrid system caused a problem, so Heikki had to switch it off after half-distance, and his speed was obviously compromised by that. “Looking back at this season, the team recovered brilliantly from our uncompetitiveness in the first half of the season, and Lewis posted four pole positions in the last seven races. “On the engine side, we did not have one failure. Mercedes-Benz this year supplied a total of six cars, Brawn GP and Jenson Button clinched both world championships – congratulations again – so that was very positive. “I’d like to thank everybody in the team at Woking, Brixworth and Stuttgart for all their relentless hard work. It paid off – and it will pay off even more in the future.“Finally, congratulations to our German friend Sebastian Vettel and his Red Bull team for a great victory at this inaugural very special grand prix of Abu Dhabi.”