There’s a curious and extremely ugly styling detail on the rear wings of the new Mercedes E-class. It’s a crease that sets off from the back end with much purpose and drive, but when it reaches the door, it sort of gives up and, like the Okavango river, meanders about before giving up on the idea of existing in the first place.

One thing is for sure. It serves no purpose. It will make the car no faster, no more stable at speed and no more economical. And it’s not a traditional Mercedes thing either — it’s not like the BMW Hofmeister kink in the rear window, which is present on all models.

Mercedes says, apparently, it added the crease as a nod to some model in the company’s dim and murky past. Probably the one Hitler drove. But this makes no sense really. When I buy a new iPod, I don’t want it to look even remotely like my grandfather’s gramophone player. So why should I want my new car to have a feature from the days of running boards?

And, anyway, no one is going to say: “Ah so. I see you’ve hinted at the 1942 Doogleburger model with that crease on the flank.” They’re just going to do what I did: spend hours wondering if Mercedes has the first idea about form and function.

I dislike conspiracy theories. The smug, self-satisfied, arms-crossed demeanour of those who would have us believe that Neil Armstrong didn’t walk on the moon or indeed anywhere more exciting than a sound stage in Nevada invariably fills me with an uncontrollable need to set them on fire.

We see the same sort of thing with Top Gear fan sites on the internet.

Every single thing we do is analysed and then dismissed as fake. All the races are staged. Every word is scripted. Every opinion bought and paid for. Recently a deer ran out while I was belting down the runway in a Mercedes. The shot was included in the film and, immediately, the boys were at their keyboards. “Aha,” they said, “the car wasn’t moving. Television jiggery-pokery has been used.”

Honestly, chaps. If we were going to spend a fortune CGI-ing something onto the screen, we’d blow Richard Hammond’s head off. Or detonate Belgium. Certainly, it’d be something a bit more exciting than a horned rat running about on an airfield.

Nevertheless, despite all this, I don’t believe the crease in the E-class was there from the get-go. I may be wrong, of course. But in my mind the stylists did the car and then thought: “Oh dear. That’s a bit boring. Let’s put a styling detail on the rear wings to distract people from the tedium.” Think of it, then, as one of Jon Snow’s ties.

There are more problems with this car. I tested the E 500, which has a 5.5‑litre V8 engine. That means 382 horsepowers and 391 torques. It means 0-62mph in 5.2sec and, you’d think, plenty of excitement. However, there is none. I have experienced more interesting drizzle.

No matter how brutal you may be with the seven-speed gearbox, it is extremely reluctant to put down its paper, extinguish its pipe, change out of its slippers and actually go. Kickdown provokes a reluctant surge of sorts and if you go right to the bottom of the throttle pedal’s travel, right through the carpet and into the firewall itself, the surge becomes a bit more meaty. But if this car could talk, and you did that, it would say: “Oh, for God’s sake.”

Seriously, asking this car to behave like a 5.5-litre V8 super-saloon is like asking a man to empty a dishwasher. It’s technically possible but only if you are prepared to put up with a lot of harrumphing. I wouldn’t mind, but the engine — the only one in the line-up not changed from the previous model — is either silent or making a strained noise you don’t want to hear.

There are other things too. The steering is inert. The brakes feel as uninterested as the engine, and the ride, on air suspension, is disappointing at low speeds. On the move, it’s fine, or even good, but around town, which is where this car will spend most of its time, picking up Cilla Black from functions, it’s as jittery as the Jag XF I recently tested (of which, more next week).

There is, then, absolutely no point in buying the 500 version of this car. You may as well have the diesel, which is less powerful but much more economical and, in the real world, every bit as fast. But if you are going to buy a mid-range diesel saloon, then the E-class simply doesn’t hold a candle to the Jag.

Normally, with a Mercedes, you feel that everything is there for a reason. With the E-class you have that crease on the rear wing — which isn’t — and a lot of things on the options list that border, I suspect, on being a bit gimmicky.

Certainly, if you specified everything, you’d have a car that would buzz and beep and bong more than Apollo 13 after the oxygen tank exploded.

This is a car that can read speed limits and alert you if you break them, that uses radar to decide how much braking force you should use, that spots pedestrians in the dark, that knows about traffic jams ahead and cars that are overtaking in your blind spot and walls that you are about to reverse into. This is a car that shouts at you if you take your seatbelt off or open the door or leave your key in the ignition. And if you shout back, it will respond without fuss or murmur. Individually, some of these things are interesting. Some might even be worth specifying. But combined, they’d drive you mad.

The upshot is that the new E‑class is not as good as the Jaguar XF or the BMW 5-series. It doesn’t look good, it’s boring and, worse than that, it probably signals that the end of the road for the four-door saloon car is not very far away.

Mercedes has always been the company to which we turn for the next bright idea. It was first with internal combustion and first with antilock brakes and first, frankly, with everything in between. But all I see on the E-class is a rounding-off of the edges. A bit of fiddling with an idea that’s out of steam.

In the olden days, the four-door saloon was the only real choice for the consumer. It sat in our lives like fish and chips and the Post Office and British Rail tea. What do you mean, you want a skinny latte? Or an Earl Grey? Or a curry? Or O2? Or a Mac? Choice hadn’t been invented. So you had a Cortina.

Now, though, the family man or woman can have an MPV or a mini MPV or an SUV or a drop-top or an estate or a four-seater coupé. And every single one of these alternatives is better than the traditional three-box idea.

It’s very difficult, as Porsche has just proved with the Panamera, to make a four-door car sexy. And it’s very difficult to think of any new way of making the drive feel different or better than it was in the previous model. Yes, you might find an extra 2mm of legroom here and a slight cut in carbon dioxides there. But, really, the genre is advancing like world records in athletics. A tiny bit at a time towards a moment when going any faster or making things any better will be simply impossible.

Mercedes has always shown us the way forward. But with the new E-class it has shown us that we’re at the end of the line. Some day, then, all saloon cars will be this dull. 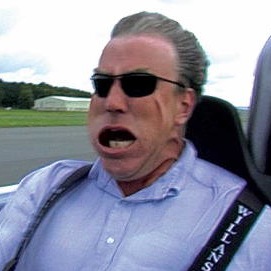 It’s on the road to nowhere