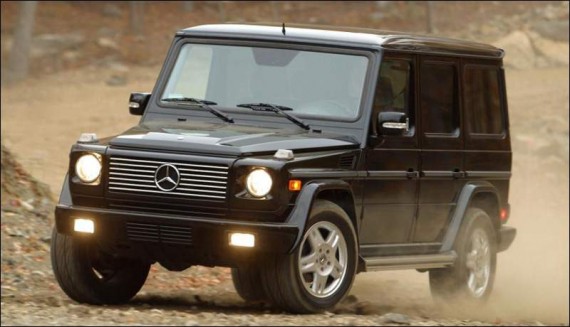 Mercedes-Benz will show a face-lifted G-Class at the Paris auto show in September.
The revised premium SUV keeps its boxy exterior looks, but will get new interior features and more powerful engines mated to a seven-speed transmission instead of the current five-speed unit.With the introduction of the larger, more luxurious GL premium SUV late last year, it was expected that the G-Class would be discontinued.
But the carmaker decided last November to continue selling the model until 2010.

Mercedes has offered the G-Class since 1979. It is built by Magna Steyr in Austria. Last year, Magna built 5,045 G-Class units, according to J. D. Power-LMC.