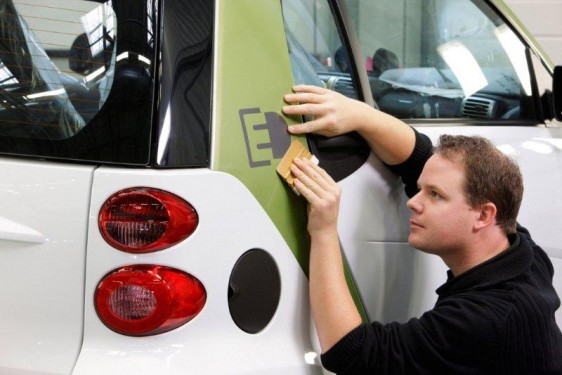 Hambach, France / Stuttgart, Germany — This week, Daimler AG started production of the smart fortwo electric drive at the smart plant in Hambach, France. In a first step, 1,000 vehicles will be provided to customers participating in various mobility projects in major cities in Europe and the U.S., in order to generate broad feedback on electric driving under everyday conditions.

The smart brand has taken a pioneering role in electric mobility since 2007. Back then, 100 smart fortwo electric drives of the first generation went into practical customer operation under everyday conditions of city traffic in London. Feedback from this project has been very positive right from the start and confirmed the high degree of maturity of this vehicle concept.

Just one year later, the company introduced the second generation – which is now being produced – with an even more advanced electric drive and an innovative, highly efficient lithium-ion battery. Lithium-ion technology has decisive advantages over other types of batteries including higher performance, shorter charging times, a long life and high reliability. In addition, a smart fortwo electric drive can be charged at a regular household power outlet.

A story of success: The smart Plant in Hambach

The smart plant in Hambach was inaugurated in 1997. Since 1998, it has produced the smart fortwo, since 2007 in its current generation. In 2008, more than 800 employees of the plant and some further 800 people employed by seven system partners produced about 140,000 units of the smart fortwo. In September 2008, the brand celebrated its tenth anniversary along with the 1-millionth smart fortwo produced at the Hambach plant.

The Hambach plant has represented an innovative production concept since its beginning: The assembly line in the shape of a plus sign has been designed to optimally meet the demands of assembly and logistics and ensures highly efficient production processes. This principle enables the system partners to supply modules directly to the assembly line, which reduces transport and logistics efforts to a minimum and hereby also provides an advantage regarding ecological aspects. In addition, the environmentally friendly and cost effective paint shop, an energy concept with numerous savings opportunities and the construction principle of the vehicles ensure that the ecological product responsibility of the smart brand is translated into the production. 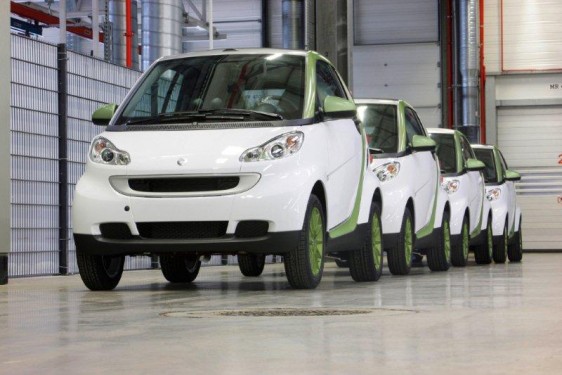 Environmental friendliness and contemporary functionality have been defining features of the smart fortwo ever since it was launched more than ten years ago. Since then its innovative concept has combined sustainable, forward-looking technologies with individual urban mobility. With a length of just over two and a half meters, the extremely compact and fuel-efficient vehicle brings its occupants to their destination comfortably and safely. Its distintive design made smart an automotive lifestyle icon which shows that mobility, responsibility to the environment and joie de vivre are compatible with one another. The smart fortwo has established a class of its own.

Today, smart is present in 41 markets around the globe, with most recent market launches in China and Brazil. Germany, Italy, and the U.S. are key markets.