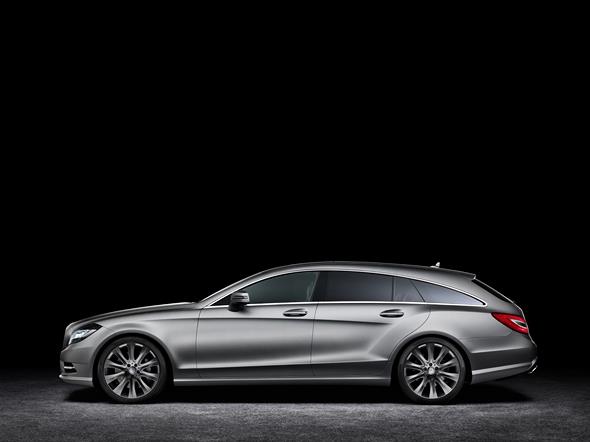 Mercedes-Benz builds the most beautiful cars

Stuttgart – The readers of the German motoring magazine “Auto Zeitung” have voted for their favourite cars with the most appealing design. Models from Mercedes-Benz took first place in three categories: the A-Class was the winner in the compact class, and the CLS Shooting Brake took the laurels in the Estate Car class while also being voted the most beautiful car of all – the overall champion.

This year 24,258 readers of “Auto Zeitung” cast their votes for the most beautiful cars. The only criterion was: which has the best design? The candidates were the new models that appeared in the last year, voted for in five categories.

Readers voted the Mercedes-Benz CLS Shooting Brake the most beautiful car of all categories, and at the same time this unconventional creation by Mercedes-Benz designers took first place in the Estate Car category.

A long bonnet, a slim window line with frameless side windows and a roof extending to the rear end with a dynamic rearward slope give the CLS Shooting Brake the dramatic proportions of a coupé.

However, a closer look reveals an unexpected “bonus” in terms of function: five doors and a large load capacity under the tailgate – despite the low, sporty contour of the roof. On request the load compartment is available with flooring of American cherry wood featuring contrasting inlays of smoked oak.

The luxurious wood floor is protected by aluminium rails. Finished to the highest standards of craftsmanship, these high-grade materials give the load compartment of the CLS Shooting Brake the elegance and hand-built look of yacht decking. 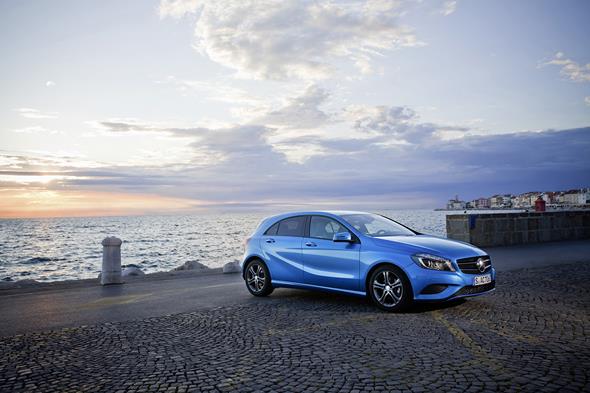 Chairman of the Board of Management Dr Dieter Zetsche: “Every genuine motoring legend appeals to the heart and mind in equal measure. The functionality of a vehicle is a matter of course – it is taken for granted by our customers. The crowning achievement is the allure. The CLS Shooting Brake combines both in a way that no other automobile can match.”

The most eye-catching car in the compact class was the Mercedes-Benz A-Class. It thrills with its progressive design and a dynamic, radical design idiom that underlines its exceptional status in this segment.

The A‑Class has a particularly distinctive and sporty character. Pronounced feature lines in the flanks lend structure and character to the exterior. The new, dynamic style of the A-Class is harmoniously matched by an innovative interior with an extremely high level of perceived quality.

This year the Mercedes-Benz A-Class also won the vote for Germany’s most popular automobile. The motoring organisation ADAC accordingly presented it with the “Gelber Engel 2013” (“Golden Angel 2013”) award.

The A-Class also scores on an international basis. More than 100,000 car enthusiasts from 52 countries voted the Mercedes-Benz A-Class the “Most Beautiful Car of the Year 2012”. They were able to cast their votes on seven mini-websites, made available in various languages by the TV channel Eurosport.

“The A-Class is a clear statement confirming the new dynamism of the Mercedes-Benz brand,” says Dr Dieter Zetsche, Chairman of the Board of Management of Daimler AG and CEO of Mercedes-Benz Cars.