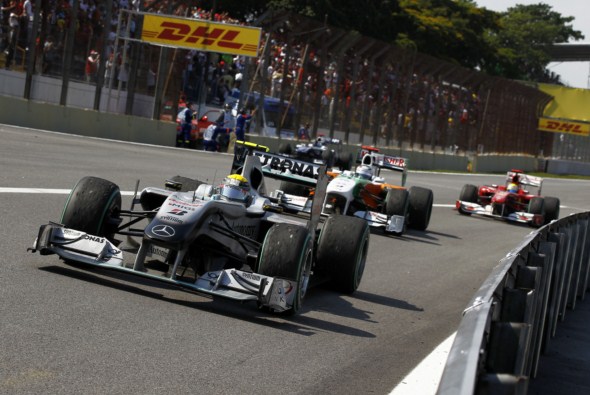 Nico Rosberg and Michael Schumacher finished the Brazilian Grand Prix in sixth and seventh places today to achieve a double points finish for the MERCEDES GP PETRONAS team in Interlagos. Nico and Michael made the most of the opportunities presented to them and had strong races to move up the order and improve on their grid positions.
NICO ROSBERG
“I had a strong start today and when Michael pitted ahead of me, I had clear air and was able to make up positions thanks to our good strategy. From then, it got a little chaotic but the team made a great call to get me on new rubber when the safety car came out. Unfortunately Jenson did the same and there was a lot of chaos with lapped cars so I wasn’t able to make up any further positions. Michael let me past which was nice as he was on used rubber against my new tyres.” 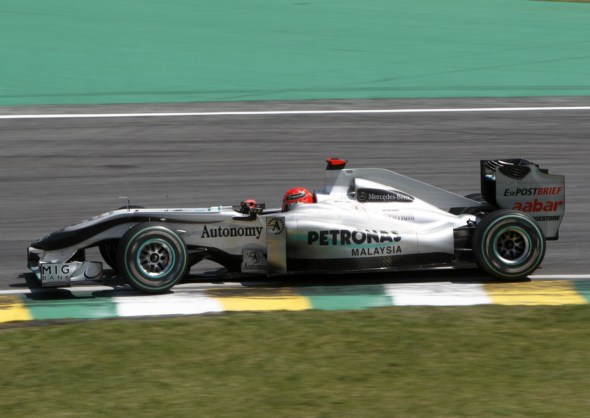 MICHAEL SCHUMACHER
“I had quite a good start today gaining two positions which unfortunately I lost again directly afterwards following my exit on the grass because of the fight with Robert. We then had good pace but with hindsight, my pit stop was maybe a little too early which left me stuck behind Adrian. Towards the end, I let Nico past when he was on fresh tyres as he had the better chance to fight Jenson in front of us. I look forward to Abu Dhabi now where I hope to have another encouraging race.” 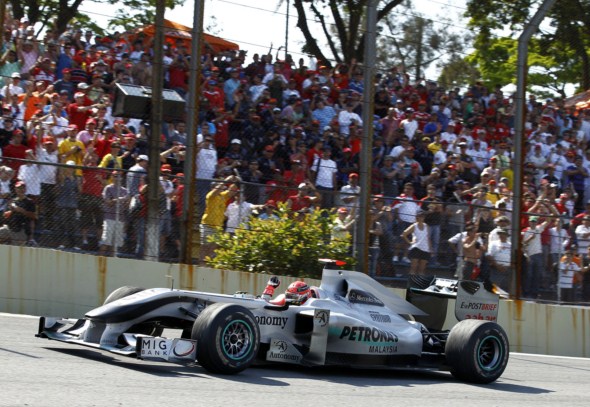 ROSS BRAWN
“We are pleased to get a solid double points finish with good drives from Nico and Michael today. It was frustrating to lose a place to Jenson in the early stops as we expected him to get held up with traffic but he did a good job to get through. We made all the right strategy calls today which enabled us to make up several places on cars ahead of us on the grid.
We had a radio problem which caused confusion with the tyres at Nico’s second stop however we boxed him again with no loss of position. It’s good to have two cars scoring points but obviously we are not finishing where we would like to. Congratulations to Red Bull for taking our Constructors’ title today and we will be after them next year.” 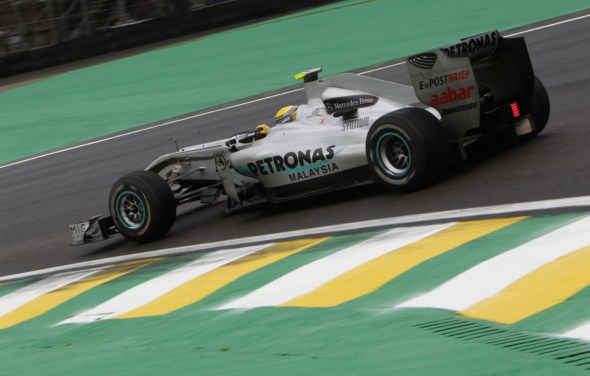 NORBERT HAUG
“We achieved the best possible results for us today to finish behind the drivers who were fighting for the World Championship as we have done in the six races since Spa. The team, Nico and Michael did a solid job and it is positive that Nico came home in sixth place after starting from 13th position.
Michael recovered well from losing two places on the first lap to finish in seventh position and could have gone one place better if he had not been caught after his pit stop behind a car who changed tyres late in the race. Sixth and seventh places are not our target for the future but for now these results are the maximum with the technical package we currently have. Well done to everybody in our team and thank you for your hard work. We have one more race to go next weekend and then we are looking forward to next season with consistently better results. Congratulations to Red Bull Racing for winning the 2010 Formula One Constructors’ World Championship.”
Tags
interlagos

Appearing in the E-Class and S-Class from December

New engines for the S-Class