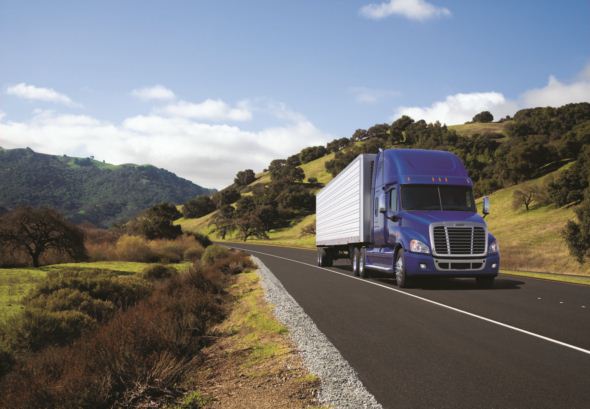 Portland, Oregon – DTNA is the only U.S. truck manufacturer currently able to increase its production capacity. The company plans to produce 67 percent more heavy-duty Class 8 trucks in July 2010 than were manufactured in the same month last year.

“Since the beginning of the year, DTNA has received more than 21,400 orders for trucks and school buses equipped with BlueTec emissions technology, including 16,565 orders for Freightliner trucks. DTNA has been an industry pacesetter for EPA 2010 readiness and performance and leads the industry in EPA10-certified Class 8 truck sales without the use of credits. Customers have clearly responded in kind with these order volumes,“ said Martin Daum, President and CEO of DTNA.

Because of the strong order situation, DTNA will also have recalled approximately 540 workers at its Mt. Holly and Cleveland truck manufacturing plants and at the Gastonia Components and Logistics Plant by mid-July. All three plants are located in North Carolina. DTNA signed new three-year collective bargaining agreements for comprehensive redesign of work contracts for these plants with the United Auto Workers in April. Besides a significantly increased flexibility in production, the new contracts for these production plants include baseline commitments which will provide job stability and security for plant employees.

Between January and April 2010, DTNA had a 34.2-percent market share of the Class 8 segment in the U.S. and Canada, which means orders in this segment represent more than one-third of the industry backlog. The Class 8 year-to-date market share is at nearly eight percentage points ahead of the closest competitor. “Our current market share of Class 8 trucks clearly shows that our customers appreciate our trucks’ fuel efficiency, reliability, and driving comfort. In addition, our customers can count on being served by the best dealership network in the industry,” said Daum. “We’re proud to be the only manufacturer of heavy-duty trucks in North America who is boosting production at the moment.”

The Freightliner Cascadia trucks from the two new major orders are equipped with engines from Detroit Diesel Corporation. The engines from the New Engine Generation combine the know-how of Daimler Trucks units in Europe, the U.S., and Japan, which have been jointly developing the engines since 2002, to achieve superb fuel efficiency and meet the respective emissions limits. The engines are manufactured in Redford, Michigan.

All engines of the New Engine Generation incorporate the BlueTec emissions technology to substantially reduce nitrous oxide, particulate, and CO2 emissions while at the same time achieving high fuel efficiency. DTNA introduced the BlueTec emissions treatment system to meet the EPA 2010 limits. The Detroit Diesel engine was introduced in the Freightliner Cascadia heavy-duty truck in 2007 and has demonstrated its reliability and fuel efficiency over millions of miles.

DTM Norisring: Jamie Green wins for the third time in a row