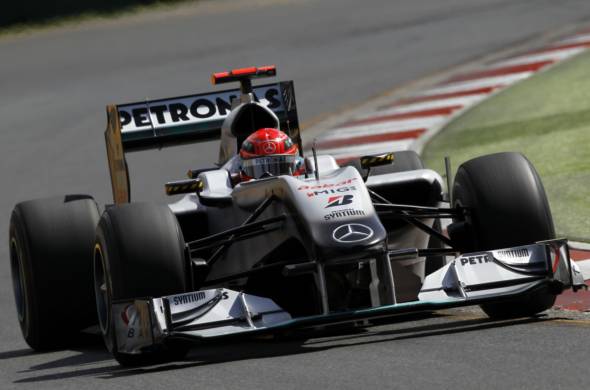 The opening day of practice for the second race of the 2010 season, the Australian Grand Prix held at Albert Park in Melbourne, got underway today with the two practice sessions taking place in very different conditions.

The first session began at 12.30pm local time under blue skies and warm sunshine. Nico and Michael completed their installation laps and then remained in the garage until the track, which uses public roads, had cleaned up a little. With just over 30 minutes of the session gone, the pair headed back out to begin their set-up programme for the MGP W01. 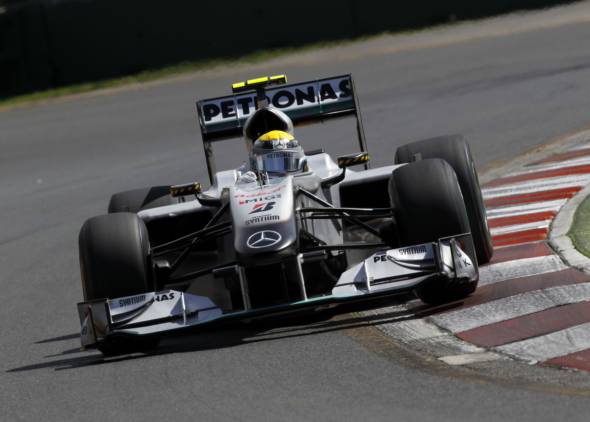 The start of the second session at 16.30pm was greeted with a brief rain shower which kept the cars in the garage for the first fifteen minutes. A second shower arriving shortly afterwards limited the dry running available with Nico and Michael going out on the intermediate tyres to complete practice pit stops and track familiarisation. The conditions improved for the final quarter of an hour to allow for some dry running to end the day.

Michael completed 35 laps today, ending the day in P4 on the times, with Nico completing 40 laps in P10. 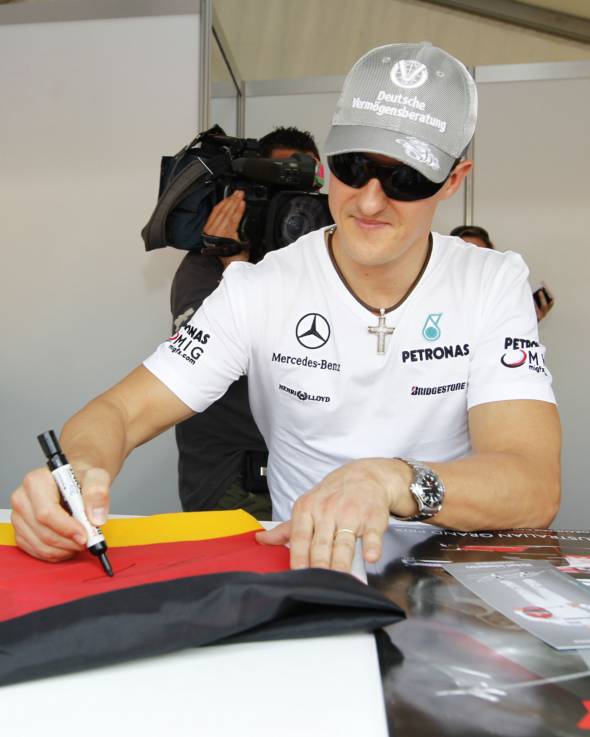 “As often on Fridays, the performance is difficult to judge as everybody seemed to be on different programmes. Having said that, I am quite happy with today’s sessions, even if we did not run too much overall. My first session was a bit handicapped by red flags, later we faced some rain in the second session. But all in all, we learned a lot and we could improve the set up of our car quite reasonably. In the end our times were competitive so I think we can look forward to the rest of the weekend.” 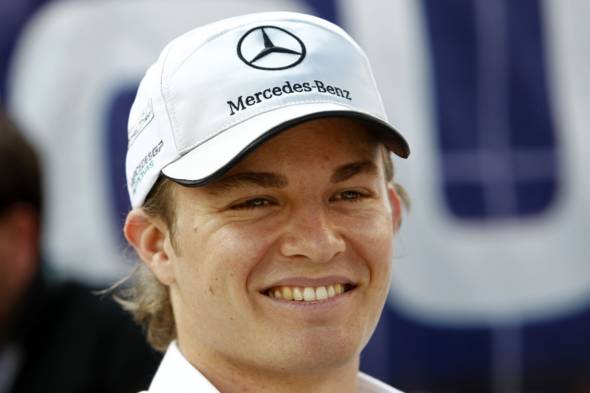 “The first session was ok this morning and we learnt some good things. This afternoon was a bit frustrating with the weather interruptions but we were still able to learn a good amount on the tyres which gives us some preparation for tomorrow. There are still some set-up issues to look at and improvements to make on the car so we have plenty of work to do overnight.”

“It was a frustrating afternoon with the weather but we were able to get some good work done this morning. However it’s always very difficult to judge where you are on the first day. We made some progress on Michael’s side and he was fairly happy with the car. Nico was not quite so happy and we may have gone the wrong way on some changes so there is still some work to do on the set-up of his car.”

“There were quite challenging circumstances for the teams and drivers in the second session with the frequently changing weather conditions. Nico was amongst the quickest in the first session and Michael in the second. But it is difficult to judge our performance compared to our competitors and we have to wait until tomorrow to find out what our results of today mean. All in all it was a productive day and we should have a reasonable baseline for qualifying.”

The 55 Year Break: Mercedes-Benz In Formula One