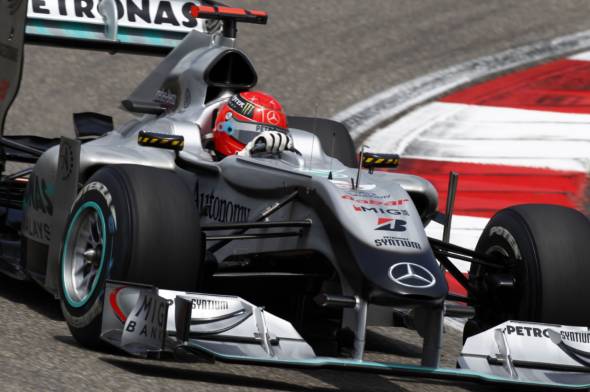 Nico Rosberg will start from the second row of the grid for the Chinese Grand Prix after achieving fourth place in qualifying today at the Shanghai International Circuit. Team-mate Michael Schumacher starts from ninth position.

Nico and Michael progressed easily through Q1 in second and ninth positions respectively after completing two runs each on the prime tyre. Nico needed just one run on the options in Q2 to secure second place with Michael completing two runs, also on options, to go through in tenth position.

A competitive final qualifying session saw Nico complete a further two runs on the softer compound with his quickest lap achieving a strong fourth position, just 0.010s away from Alonso in third place. Michael struggled more with the balance of his car throughout the hour and qualified in ninth position. 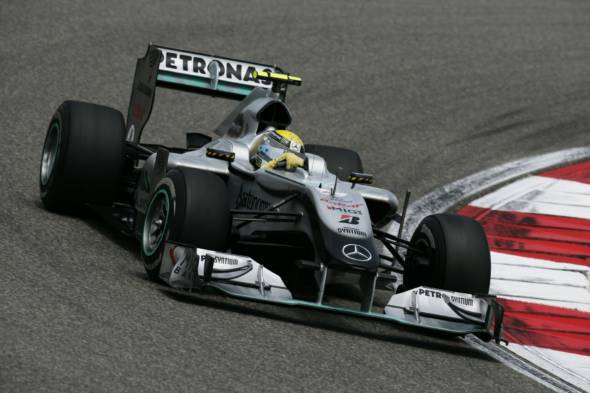 “Fourth place is quite a nice surprise and I’m very pleased that we seem to have made a step forward this weekend. We really got the most out of the car in qualifying and I’ve worked well with my engineer Jock and the team to improve the car and get the set-up right this weekend. We didn’t think we would be this far up the grid today as we were struggling in practice this morning compared to the McLarens but to be level with the quickest Ferrari and a bit closer to the Red Bulls is very satisfying. It’s a good step for us and we’re well placed to have a good race tomorrow.”

“I am obviously disappointed about my qualifying. It didn’t really come together today. In certain areas I was just not quick enough and at some corner exits, I struggled a bit with rear end grip. I haven’t really found the balance of the car all weekend. It will be tough to be too optimistic for tomorrow from my grid position but then I had some good starts lately and there is always room for lots of things to happen in Formula One races. We can still achieve some good points and I am definitely going to go for it.” 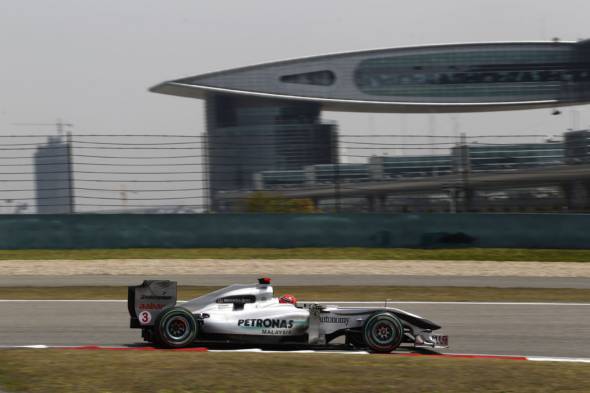 “Well done to Nico and the team for an excellent performance in qualifying today. Fourth position is certainly ahead of where we expected to be this weekend and Nico drove very well in all three qualifying sessions to put himself in contention for a strong race tomorrow. Michael has not achieved such a good balance on the car this weekend and had a less satisfying day. However he will give it everything in the race tomorrow and should have the opportunity to show the progress made since the start of the season.” 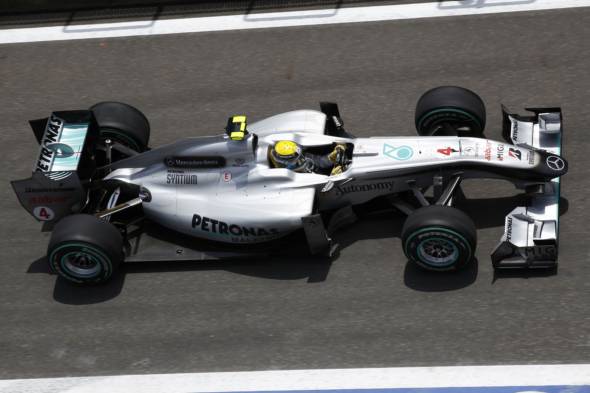 “A great job from Nico and the team on a very demanding track. Nico’s lap puts him in fourth place and less than one and a half tenths from the front row and closer to the pole time than in the previous races. Hopefully we can repeat a similar performance tomorrow. We were the third fastest team today, ten thousandths of a second down to the second fastest, so a good job from everybody. Michael was not so happy with his car but he is in a good position to score the points tomorrow that he could not achieve in the last two races through no fault of his own. There seems to be a chance of rain during the race so it will be interesting to see how it develops.”