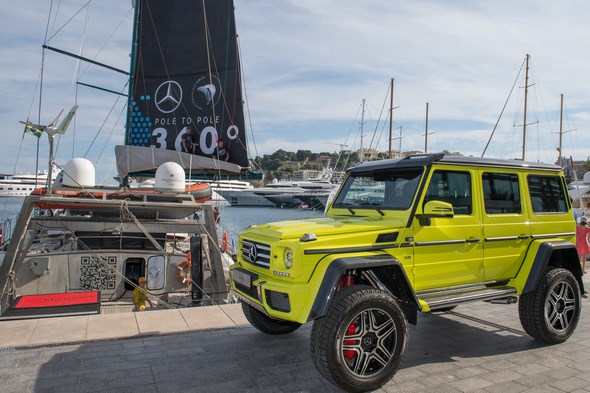 Monaco/Stuttgart.  Adventurer and extreme athlete Mike Horn started his round-the-world “Pole2Pole” expedition in Monaco on 8 May 2016.

The Mercedes-Benz Brand Ambassador set sail for Namibia in his boat PANGAEA. The challenge faced by Horn is to circumnavigate the world northwards from Pole to Pole by alternating between boat, skis, kayak and the Mercedes-Benz G-Class.

The expedition will take him from Europe to Africa and then on to the Antarctic, Oceania, Asia, the Arctic, North America and finally back to Europe.

The aim is to gain an insight into culture and nature in rarely explored regions. During his adventurous trip, the South African-born explorer will be reporting on his experiences with people in different regions of the world on his website www.mikehorn.com and at #Pole2Pole. 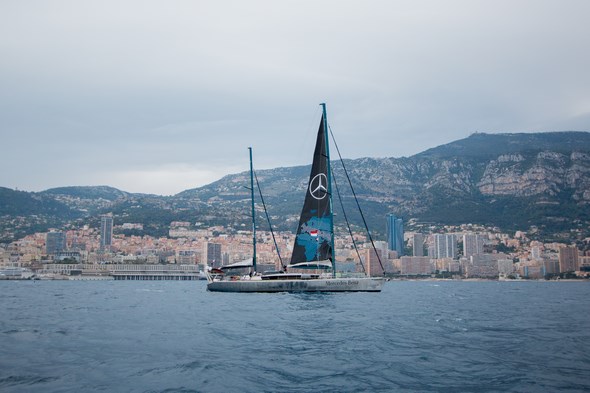 The expedition is due to end back in Monaco in 2018.

“I consider everything I do a challenge,” said Mike Horn, who is famous for his extreme adventures.

“I’m glad that the expedition is finally beginning and that many new impressions and experiences lie ahead.” Following weeks of intensive preparations and equipment tests in wintry Canada, Mike horn and his team are now sailing to Namibia.

The next stage involves driving the G-Class through the world’s oldest desert, the Namib desert, on the Namibian coast.

The route then passes through the Okavango delta in Botswana, the world’s largest inland delta, and on to Cape Town in South Africa, where Mike Horn was born. 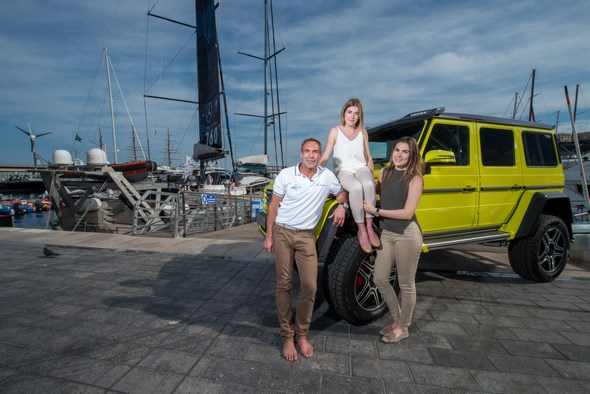 Mike Horn is one of the world’s most recognised pioneers of modern expedition history. He has been pushing the limits of human abilities with a number of spectacular expeditions for 25 years.

Mercedes-Benz has assisted Mike Horn on his expeditions for many years, including last year’s “Driven to Explore” expedition on which both partners raised awareness of environmental changes in even the most remote regions of the world.

Mercedes-Benz sponsored the PANGAEA expedition between 2008 and 2012. With the guiding theme “Explore. Learn. Act.” Horn initiated ecological and social projects with young people in different places around the world.

New dream car made in Bremen