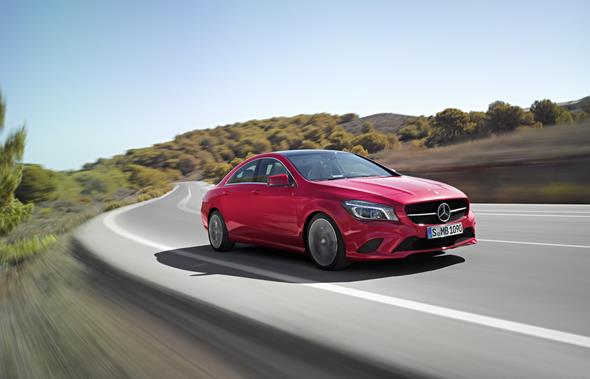 Stuttgart.  The diversity of models making up the successful compact class family from Mercedes-Benz is growing even further: with the CLA 200 CDI 4MATIC and CLA 220 CDI 4MATIC, the first all-wheel drive diesel variants of the new compact coupé will be making their debut in autumn.

The CLA 200 CDI, as a front-wheel drive variant, is also to feature a new engine with a displacement of 2.2 instead of 1.8 litres.

Furthermore, another new arrival in dealerships in September will be the A 220 4MATIC, an additional A-Class petrol model with all-wheel drive.

And with the GLA 180 CDI, Mercedes-Benz is expanding the GLA-Class model range with a particularly economical entry-level model, which with the 7G-DCT dual clutch transmission boasts a combined fuel consumption of just 3.9 l/100 km.

Mercedes-Benz is extending the range of models in the successful compact class even further: with the new versions of the A, CLA and GLA-Class, in future there will be a further five good reasons to drive a Mercedes in the compact class too.

Across the board the new models already currently meet the Euro 6 emissions standard and feature the ECO start/stop system as standard.

The models of the CLA and A-Class can be ordered with immediate effect, while the A 220 4MATIC will be available to order from 31 July. The new versions will arrive in dealerships from September 2014.

The success story of the new compact car generation, which began back in November 2011, continues unabated: in the first half of 2014 some 215,205 customers opted for an A, B, CLA or GLA-Class (+24.1% compared with the same period last year).

“Our compact models have proved exceptionally popular with customers and provide younger customers in particular with an attractive means of gaining entry into the brand.

This is reflected in the capture rate enjoyed by the compact car family”, says Ola Källenius, Member of the Mercedes-Benz Cars Divisional Board responsible for Sales.

This engine incorporates numerous efficiency-enhancing measures. The modifications include optimisation of the belt drive system, a cylinder head package with camshaft roller bearing and additional finishing, optimisation of the vacuum pump, aluminium pistons with optimised assembly clearances and a low-friction ring package and optimised roller bearingfor the Lanchester balancer shaft.

The CLA 200 CDI is even available in three model versions:

Also now available as an option with all-wheel is the CLA 220 CDI. With the same displacement of 2.2 litres, the powerful diesel Coupé generates 125 kW (170 hp) and 350 Nm of torque.

All models at a glance: