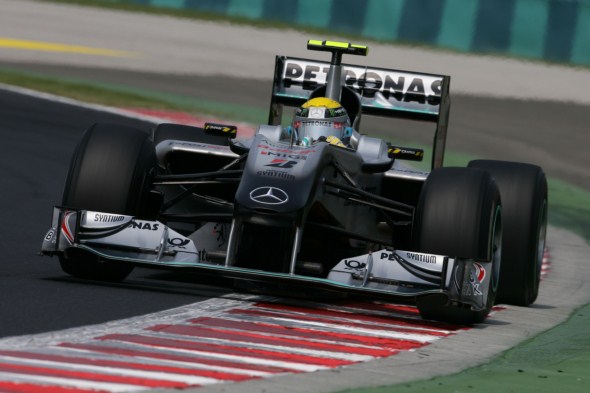 A strong performance from Nico Rosberg today saw him qualify in sixth place for Sunday’s Hungarian Grand Prix in Budapest. Team-mate Michael Schumacher had a more difficult session and qualified in 14th position.
Nico was competing towards the front throughout the three qualifying sessions and his final lap in Q3 was good enough to line up on the third row of the grid. Michael struggled more with the set-up of his car and did not progress beyond Q2.

Temperatures Air: 26°C Track: 35-41°C
NICO ROSBERG
“I’m pleased to be starting from sixth place as we didn’t think we would be that far forward today, so it’s an unexpected and pleasant surprise. We are a long way from the front which is a concern but we took everything that we could from today and I am happy with our performance. We did a very good job with the set-up which meant we could get the best out of the car. Hopefully I can have a good start and our aim as always is to make up a few more places and get some decent points again.” 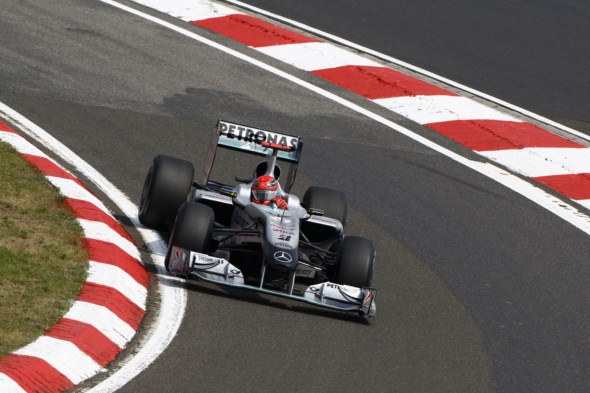 MICHAEL SCHUMACHER
“Obviously qualifying was not ideal for us today. After yesterday’s performance, we purposely went for a different set-up which was supposed to tell us more about the car and was targeted more towards the race. It seemed to be reasonable this morning but as the track became hotter in qualifying, it went against us. Our set-up should work better in the race although starting from 14th place does not make it easy. Being on the dirty side of the starting grid does not specifically help, but I will certainly try again to have a good start tomorrow. And from then on we will have to see how the race develops.” 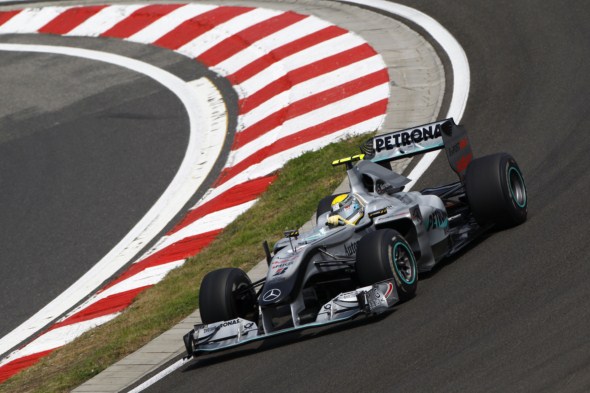 ROSS BRAWN
“We’ve had a challenging weekend with the cars here so far. We did make some progress this morning prior to qualifying and clearly we got the car to suit Nico and he did an excellent job this afternoon. However we didn’t find the right solutions for Michael which was not helped by some vibration problems on his last set of tyres in Q2. I must compliment Nico on a great job and achieving a strong starting position which is as good as we could have hoped given the performance of the car.”
NORBERT HAUG
“Nico and our team did the maximum they could and achieved the best possible result for us today. Sixth place on the dirty side of the track with less grip is not the ideal place for a good start, but our result could have been worse after we faced some problems in finding the right set-up direction for the cars yesterday. Well done to the team for the recovery. Michael tried a different set-up solution which did not work out in the end. A week at Hockenheim, he was eight-thousands of a second slower than Nico and here the margin is much bigger so we just did not get it right.”
Tags
f1 hungary