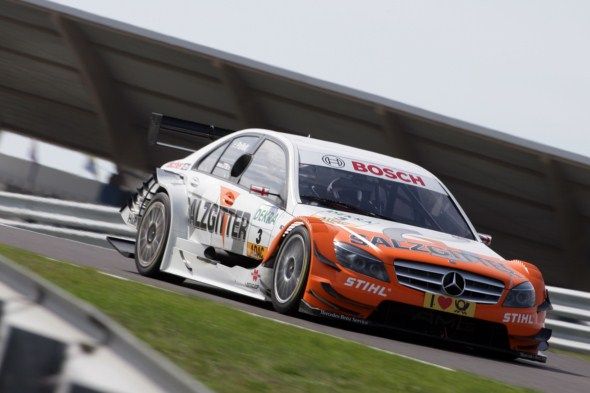 Gary Paffett on the front row 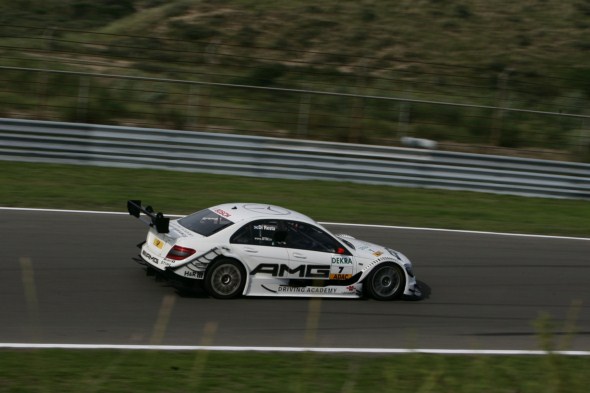 Ralf Schumacher (Laureus AMG Mercedes C-Class) eighth (1:32.106): “In the previous two years, I didn’t perform here really well, so eighth on the grid is not too bad. On my last run I didn’t have grip, therefore I was not able to move up.”
Jamie Green (Junge Sterne AMG Mercedes C-Class) 11th (1:31.783): “My laps were not so bad; however, with my 2008 C-Class I was just not able to go faster. I expect a difficult race tomorrow but I will push throughout. Points should be possible.”
Maro Engel (GQ AMG Mercedes C-Class) 14th (1:32.112): “I am not happy. I was four tenths faster than in this morning’s free practice, but that was still not fast enough. We will look into the data and see how we can do better on Sunday.”
Susie Stoddart (TV-Spielfilm AMG Mercedes C-Class) 15th (1:32.571): “The times are very really close together; unfortunately, I missed Q2 by six hundredths of a second. Due to my penalty from the Nürburgring, I will lose five positions and have to start from the back of the field, so it will be a tough race for me tomorrow.”
David Coulthard (Deutsche Post AMG Mercedes C-Class) 17th (1:33.065): “I’m not surprised about my result; because this is a difficult track. I’m here for the first time with a touring car and I lack experience, so I made a few mistakes.” 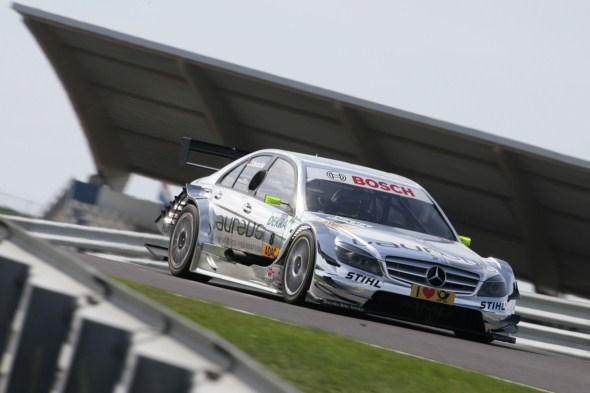 CongFu Cheng (stern AMG Mercedes C-Class) 18th (1:33.850): “On my second run, I ran wide over the kerbs and damaged the undertray of my car. Afterwards, I lacked balance and was not able to improve.”
Norbert Haug, Vice President Mercedes-Benz Motorsport: “Not quite the ideal qualifying result for us, but still the first and second rows of the grid for Gary and Paul – and points can be scored only tomorrow. Our most recent of four wins out of five races we also achieved from second on the grid. Here, Bruno posted the fastest lap of the day and was the only driver under 1m31 – unfortunately, one qualifying session too early; however, he is still in a good position to score reasonably. So far, everything is ok and we will push hard to be able to say the same tomorrow after the race.”
Tags
DTM zandvoort