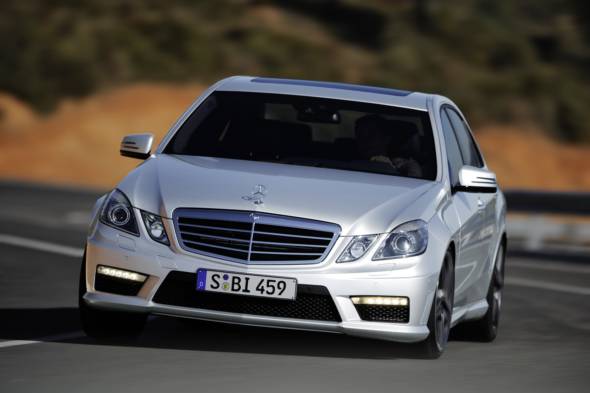 Stuttgart – Mercedes-Benz posted record sales in India in the first half of 2010 and high growth rates enabled it to gain substantial market share. Sales rose by 69 percent in the first six months of the year and a total of 2,500 vehicles were delivered to customers. Mercedes-Benz saw sales climb by 83 percent in June alone.

Dr. Joachim Schmidt, Executive Vice President Sales and Marketing, Mercedes-Benz Cars: “Sales substantially exceeded our expectations in the first half of 2010, supported in particular by the success of the new E-Class. We are currently the strongest premium brand in India and we want to build on our success in the second half of the year and expand our market position. As was the case in the first six months, we are also aiming to achieve record sales for the full year 2010.” Mercedes-Benz sold a total of 3,200 units in India in 2009.

India is currently the third-largest automotive growth market in the world. “We expect India’s premium segment to grow more rapidly than the market as a whole in the coming years,” says Schmidt.    “Mercedes-Benz aims to have a corresponding share of this growth. The basis for this growth is a large number of attractive products. We offer customers a broader range of products than any other premium brand. Currently we have supplemented this lineup with another fascinating vehicle: The Mercedes-Benz SLS AMG super sports car is available in India now.” In India, Mercedes-Benz offers a total of 30 models in eleven product segments.

Mercedes-Benz has had a presence in India since 1954. In 1995, the company became the first premium automaker to set up its own production facilities in the country. This was followed a year later by the opening of a research and development center in Bangalore. The company also maintains a procurement office in the country. In 2009, the company created the framework for future expansion by opening a new production facility for cars and commercial vehicles in       Chakan/ Pune. The plant manufactures vehicles for the Indian market. The sales network is being continuously expanded and now consists of over 50 centers in 26 cities. Daimler Financial Services, the financial services division of Daimler AG, is now also preparing its entry into the Indian market.

New E-Class a Success: More than 300,000 Units Delivered to Customers